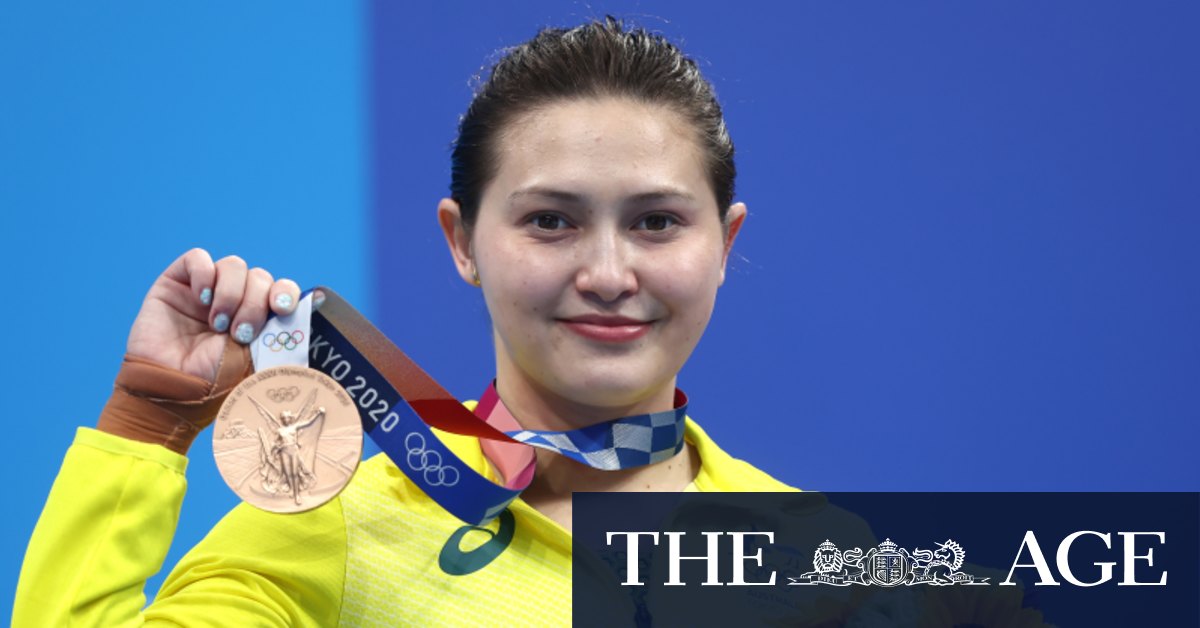 Considering that opposition, the near-misses in Rio and London, and the difficulty and tragedy in Wu’s life since Beijing, the bronze medal was sweet reward for persistence.

“I have had lots of challenges in my life but diving has always kept me grounded and given me goals to focus on. I am so glad,” she said after winning bronze.

“I have been waiting a long time [for another Olympic medal] and it feels amazing. I have been so lucky to have such a long career.”

Wu was diagnosed with depression at age 17, the year after winning the synchronised 10m platform medal in Beijing.

“I can’t explain how it all started, but I can tell you how it felt. I didn’t just feel down. I lost all self-confidence. I hated myself at a very deep level. I felt trapped and I didn’t know what to do about it,” Wu wrote in Athlete’s Voice in 2017.

“It snowballed, got worse and worse. I felt like I didn’t have anyone to talk to, that nobody would understand. I didn’t know anyone who was going through it. I was still training and competing, but I had a terrible year of competition.

Wu moved from Brisbane to Sydney, got help for her condition, and was able to begin recovery.

But in 2014 Wu’s sister Kirsten committed suicide. Wu took time off but when she tried to come back her body and mind had changed. It took her time to get back to her best.

Wu got it back. She finished sixth in Rio.

“I definitely have been thinking about her,” Wu told The Age and the Herald in Rio. “It’s been really hard. I achieved something so big and to not be able to share it with someone you’re that close to … I know she’s always with me and I have her now in a way I didn’t have before. I get to share this in a different way with her.

“I appreciate these Olympics a lot more because I have been through a lot these last few years,” Wu said. “To be able to overcome that and see what I am made of is a huge achievement. I’m finally proud of myself, it’s taken a while, but you take the good with the bad.”

Wu has previously admitted she may not have qualified for the Games if they went ahead in 2020 as scheduled, having suffered shoulder and rib injuries.

Crisis support can be found at Lifeline: 13 11 14 and lifeline.org.au