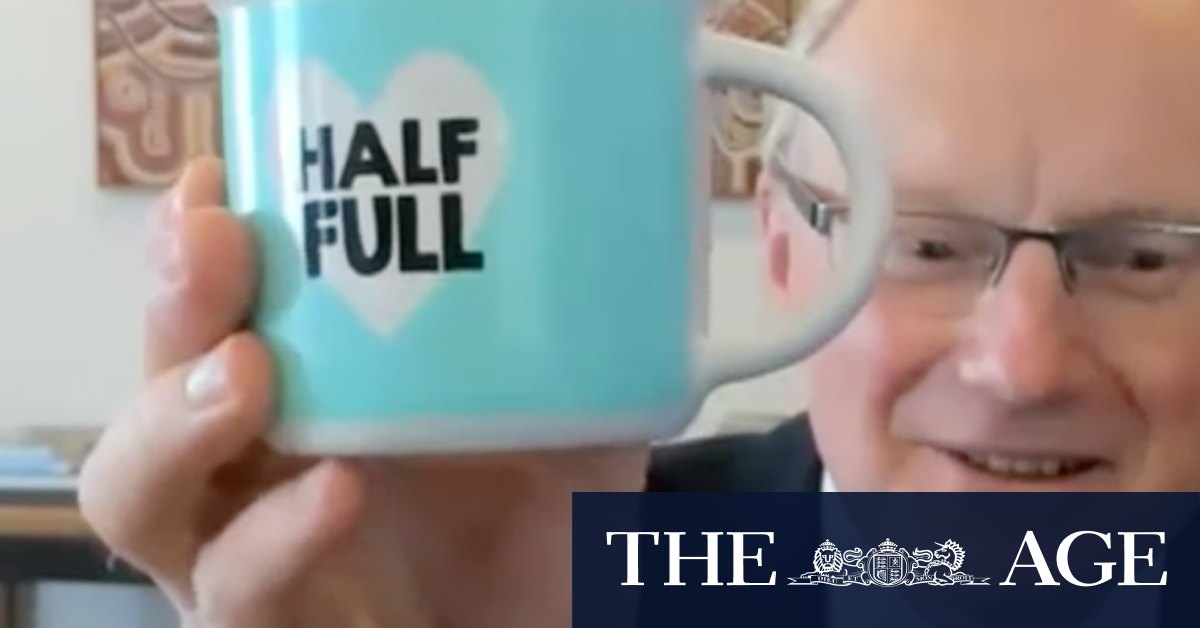 “It’s possible we will become more risk-averse … and tighten up our belts,” he said, adding the evidence so far suggested this didn’t happen but the longer the lockdown, the higher the risk.

The unemployment rate dropped to 4.9 per cent in June, ahead of the latest lockdowns, in what Dr Lowe said was a “remarkable” recovery from the height of the pandemic, when the jobless figure hit 7.4 per cent.

The rate is now forecast to be at 5 per cent in December and decline slowly over the next few years. The latest lockdown is expected to result in a lower participation rate and fewer hours worked.

But Commonwealth Bank head of Australian economics Gareth Aird said he thought the central bank’s forecast was “too optimistic” for the next few months.

“[We] are more concerned about the economy over the near term and think that it will take a while to regain economic momentum again once lockdowns are over,” he said, describing the RBA’s central scenario as “incredibly rosy”.

CBA is forecasting a 2.7 per cent drop in GDP in the September quarter followed by a 1.9 per cent expansion through the last three months of the year. Dr Lowe said a drop of at least 1 per cent was likely in the third quarter.

While the RBA expects brief and less severe restrictions during the last few months of the year, CBA does not expect a material easing of the current lockdowns until about November.

“As a result, we think that the RBA is significantly underestimating the impact that COVID‑19 will have on the economy until the vaccine has been rolled out sufficiently for lockdowns to be a thing of the past,” he said.

ANZ’s David Plank said the RBA’s estimate was “likely already out of date given Victoria’s sixth lockdown and the lockdown of south-east Queensland”.

“The hit to NSW’s growth is also likely to be more than the RBA was thinking when it finished its forecasts,” he said.

Despite the rapid improvement in the jobs market, wages and price growth have remained sluggish and are tipped to rise gradually. The RBA’s target is for inflation to be in the 2 to 3 per cent bracket. Underlying inflation was 1.75 per cent in the year to the June quarter.

Wages are expected to rise to 2.75 per cent in 2023, while underlying inflation would increase to 2.25 per cent.

Dr Lowe said the RBA would not start lifting interest rates if inflation “sneaked” above 2 per cent, adding it could get as high as 3 per cent “for a while”.