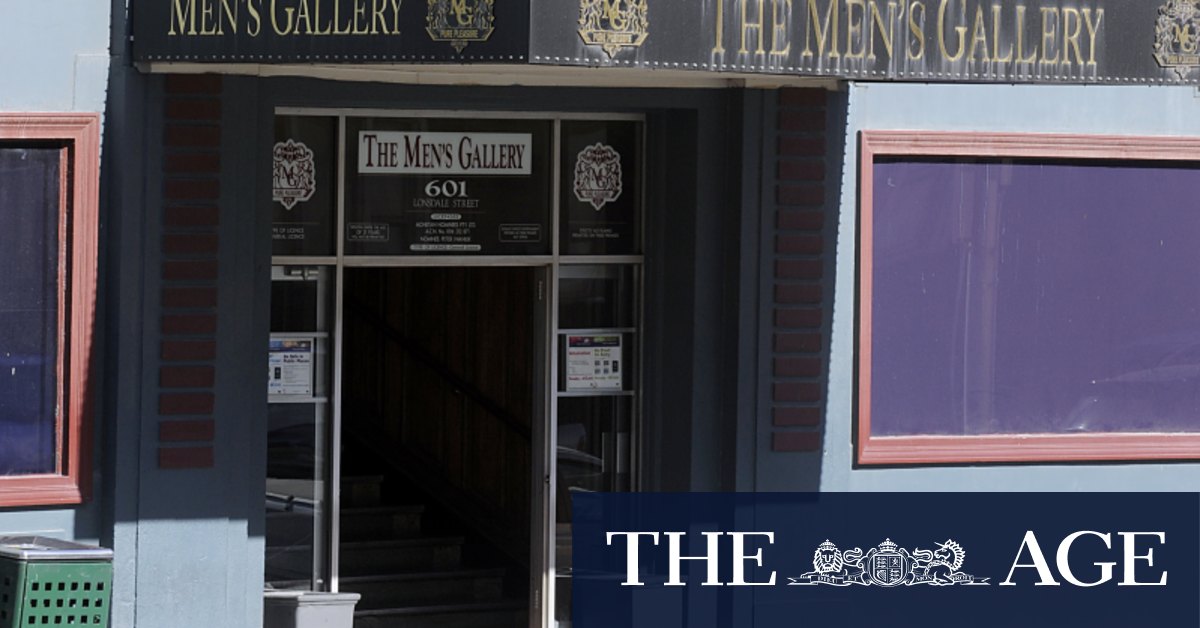 “This follows an extensive investigation by the sex industry co-ordination unit and state liquor unit. The matter will be heard before Melbourne Magistrates Court,” the spokesman said.

Mr Iwanuik has engaged a formidable legal team for the hearing on Monday, including prominent human rights lawyer Greg Barns, SC, who also declined to comment.

If deemed a “proscribed brothel”, a magistrate could ban Men’s Gallery from serving alcohol.

MP Fiona Patten, leader of the Reason Party, described the police case against Mr Iwanuik’s club as an “excursion into 1950s morality”.

“It certainly doesn’t seem to be a good, or even correct use of the Sex Work Act,” Ms Patten told The Age.

Over the past decade, Mr Iwanuik has repeatedly frustrated attempts by prominent property developer Lorenz Grollo to gentrify the King Street precinct, which has long been known for its seedy strip clubs and late-night venues.

In 2018, he finally agreed to sell the Inflation nightclub to Mr Grollo and St Martins Properties, who co-own the nearby Rialto tower. But plans to build a second tower adjoining the Rialto have been thwarted by a long-term tenant of Inflation, Martha Tsamis.

Melbourne City Council has been supportive of the Grollo vision to rejuvenate the western end of the CBD.

“It’s fantastic to see major development proposals worth hundreds of millions of dollars put forward for consideration, especially when they seek to reactivate areas of our city,” lord mayor Sally Capp said.

“We want King Street to be a vibrant, safe and attractive part of the city. Economic activity, safety and amenity are a priority for me and the entire City of Melbourne team,” she said.

Previous Lockdown puts off Carlton vote on constitution change
Next Over to you, Victorians