Breaking News
Home / Business / ‘There is hope on the other side’: ResMed boss says Australia must keep fighting for vaccines

‘There is hope on the other side’: ResMed boss says Australia must keep fighting for vaccines

admin August 6, 2021 Business Comments Off on ‘There is hope on the other side’: ResMed boss says Australia must keep fighting for vaccines 68 Views 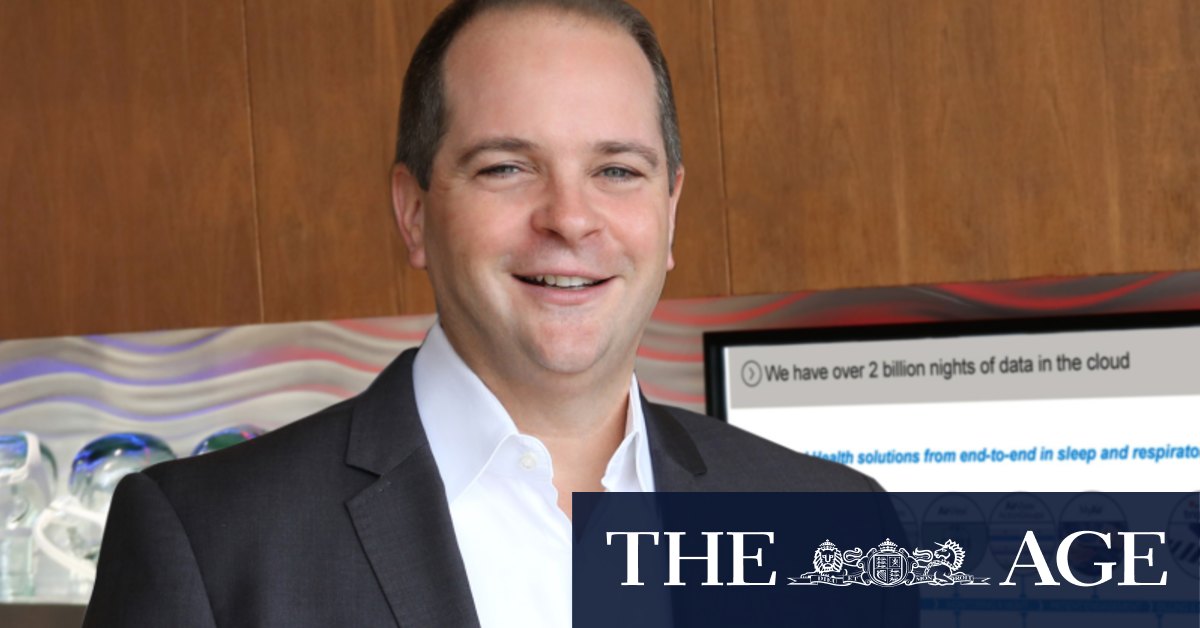 The Philips recall, which also affects customers in Australia, relates to defective insulation foam in the devices which could be inhaled by users of its sleep apnoea products.

Mr Farrell said the situation is forecast to add an additional $US300 to $US350 million in revenues to ResMed over the next 12 months as the company picks up demand from customers who had been stranded by the Philips recall.

“We saw [the recall news] when the [Philips] release came out. We immediately knew demand was going to skyrocket.”

Just under a year ago, all eyes were focused on the global bounceback in demand for ResMed’s sleep products after the pandemic shut down healthcare sites and slowed new patient intakes.

Now, the business is facing unprecedented demand for its devices but Mr Farrell said the ongoing shortage of key parts, like semiconductors, means ResMed will be hit by supply constraints.

He has spent the past seven weeks making direct pleas to companies across the supply chain, arguing that ResMed should be given priority for access to key components that are in intense demand.

“It’s almost like a never ending game,” he said.

“But I’m always glass half full. There is $US350 million in revenue there that we didn’t know about.”

While ResMed’s full year earnings exceeded consensus analyst expectations the share price failed to see any benefit throughout the day.

Goldman Sachs pointed to a decline in the company’s gross margin of 260 basis points for the year, while RBC Capital Markets said the scale of the extra revenues expected from the Philips recall “could disappoint the market”.

The company declared a quarterly dividend of 42 US cents per share, up 8 per cent on the previous period, payable on September 23.

Previous Death of accountability, one car park space at a time
Next Our dealings with the world have reversed, but don’t get the wrong idea