Tigers purr in second half to keep finals hopes alive 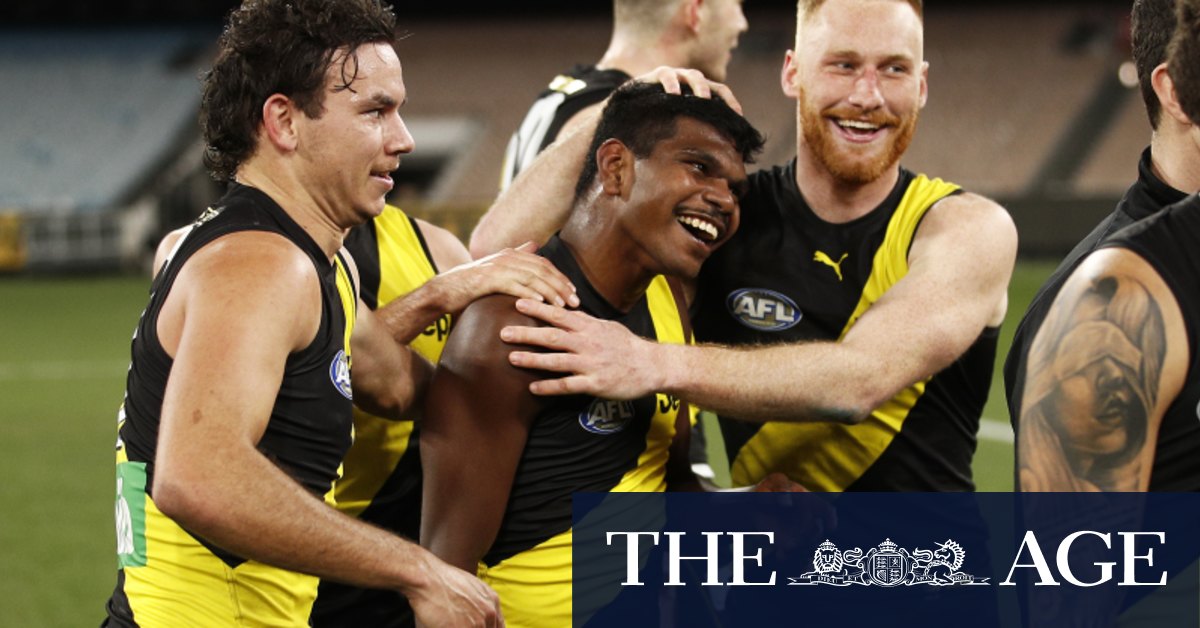 Zurhaar had already kicked the Kangaroos’ first. He didn’t need such an open invitation for a second. He had his third a minute later to extend their lead to 26 points. Centre clearances were running eight to zip North’s way, with Todd Goldstein and Jy Simpkin dominant.

Only a free kick and goal to Jack Riewoldt on the stroke of half-time, and some poor kicking by the Kangaroos – Larkey, so impressive with his marking, missing two sitters – kept the Tigers in touch.

And then the switch was flipped. Suddenly, the Tigers looked more like the Tigers of old. Toby Nankervis willed himself into the contest in the ruck, the pressure around the contest lifted, and uncontested marks for the Kangaroos dried up.

Seven goals to two for the quarter was the result. Some big names lifted, especially Shane Edwards and Bolton, while Jack Graham was the Tigers’ heartbeat: he and key defender Nick Vlastuin were among their few four-quarter performers.

But the final score flattered the Tigers, who were nowhere near it for the first half. Yes, they turned the match on its head, and deserve credit for that. But the game style that they once implemented by rote they now have to be reminded of.

After the game, Hardwick spoke of the importance of his side sticking to their own brand of football.

“They had, I think, 70 marks up until half-time, so we knew if we took that part of their game away from them, we’d bring the game back into a Richmond-type game, which is high-contest, high-pressure, which suits us,” he said.

“I think some of our turnovers were a direct result of some terrific pressure from the Tigers that they brought. They probably escalated it up to another level, and we weren’t able to match it.”