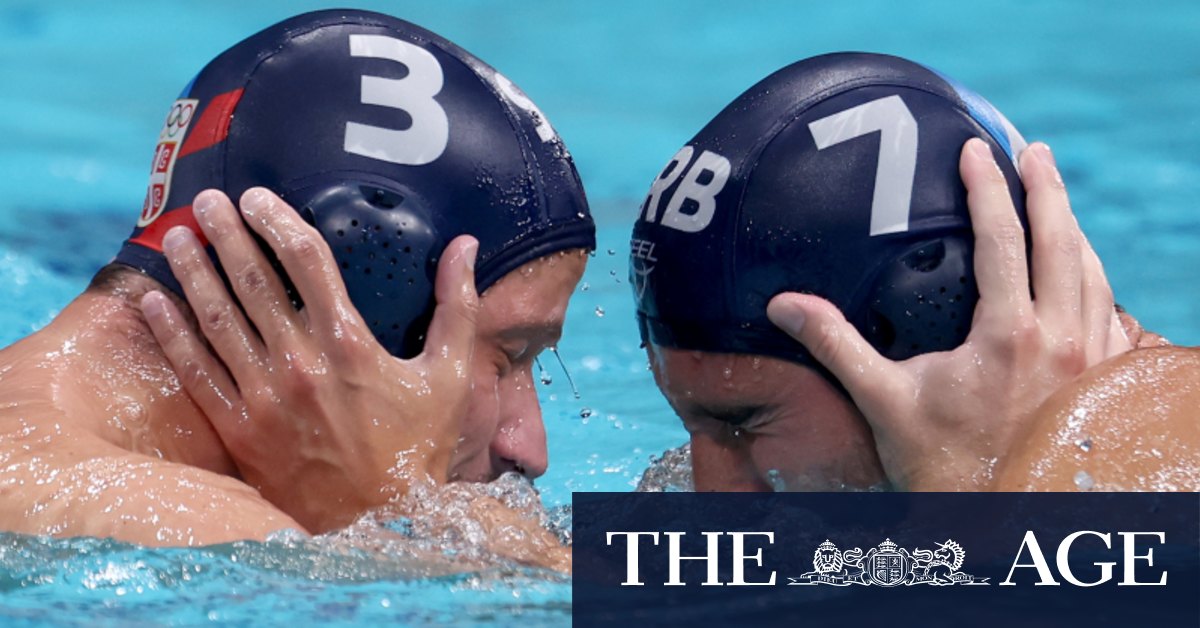 “It’s our first medal in Olympic Games and we are happy,” Greece coach Theodoros Vlachos said. “Serbia has three or four players who are very, very dangerous.”

The Hungarian men beat Spain to finish third, matching the result of their women’s team from a day earlier. Hungary’s women defeated the Russian Olympic Committee for bronze, winning their first Olympic medal in water polo on Saturday.

Hungary are the most successful men’s water polo team at the Olympics, winning nine gold medals, including three in a row between 2000 and 2008.

Victory earned the Hungarian men their 16th Olympic medal in water polo, and their first since Beijing 2008, in a match that was a repeat of the 2020 European Championship final, which Spain also lost.

“The last 48 hours or so were like a rollercoaster emotionally,” Hungary captain Denes Varga said. “We had to pull ourselves together so we could play effectively.”

The first half was a tight contest, with the teams ending the first quarter 3-3 and the second 5-5, but Hungary edged ahead to lead by a single goal at the end of the third period before pulling away in the fourth.

Marton Vamos top scored for the Hungarians with two goals, and seven more of their players got on the scoresheet, while goalkeeper Viktor Nagy made eight saves.

Previous Despite slow start, Europe overtakes the US for vaccinations
Next Minnow magic: The most successful nations by population at Tokyo Games