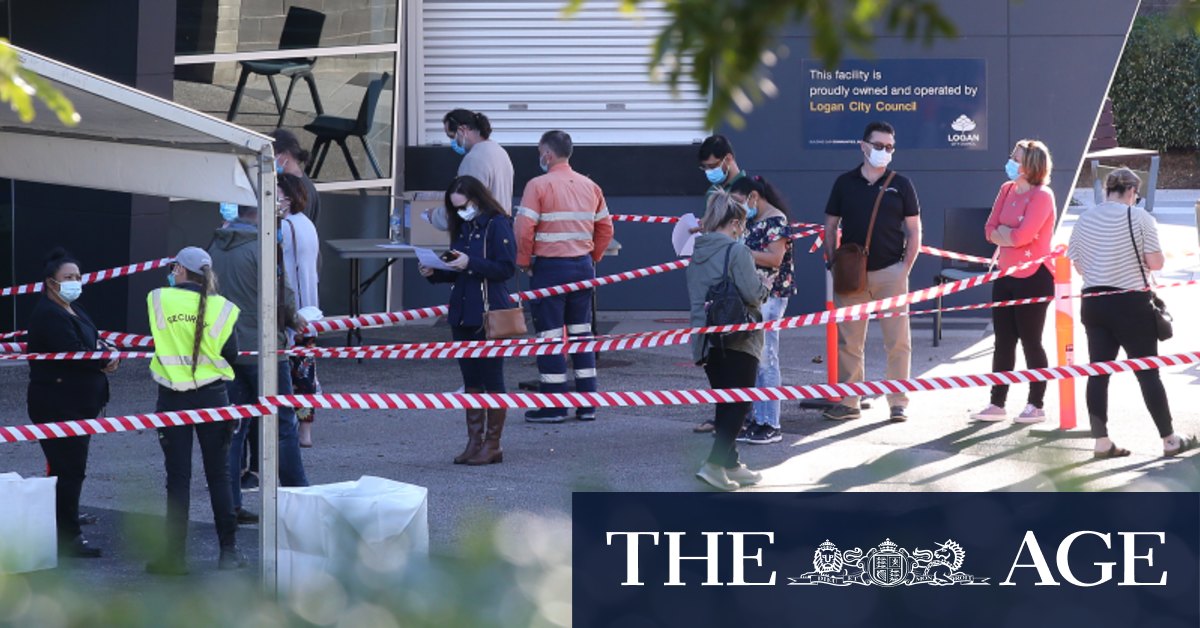 A total of 300 related close contacts have so far been identified with more than 1100 already under quarantine orders.

While approved for use for anyone over the age of 18, the Australian Technical Advisory Group on Immunisation prefers AstraZeneca for use in over-60s due to the extremely low risk of a rare blood clotting side effect.

But the more infectious Delta variant and increasing risk of community outbreaks recently led the expert panel to reiterate those under the age of 60 without timely access to an alternative should again weigh up the benefits of early AstraZeneca protection.

On Sunday, the Victorian government confirmed doctors would be stationed at nine of its 50 mass vaccination hubs to provide advice to under-40s after previously only allowing this to be done through GPs. NSW opened up access to all adults in late July.

Australian Medical Association Queensland president Chris Perry welcomed news the state would also open registration for its Pfizer program from priority groups only to anyone 16 and older, but said the quicker any vaccines could be delivered the better.

Dr Perry said GPs had been leaned on in the early stages of the AstraZeneca rollout to walk more vulnerable people through the decision to get vaccinated.

“Once the vulnerable have got them, the gates need to be thrown open,” he said.

Royal Australian College of GPs president Karen Price said while general practice was the backbone of the vaccine rollout, any measure that boosted vaccination levels was welcome.

“We would also support the state-based hubs delivering the AstraZeneca COVID-19 vaccine, as is already occurring at some sites in other states,” Dr Price said.

About 32 per cent of all Queensland residents had received the first dose of a vaccine as of Sunday, with 17 per cent fully vaccinated – behind all other states and territories except Western Australia.

Ms Palaszczuk said the federal government was responsible for vaccinating 70 per cent of Queensland’s population and she was pleased with the rates so far toward levels allowing national cabinet’s staged reopening plans.

On Monday, Dr Young said AstraZeneca was not needed to be delivered through state clinics due to the “massive” scheme already in place through GPs and pharmacies and focus on the harder-to-deliver Pfizer doses and a limited number of second AstraZeneca jabs at dedicated hubs.

Previous Door ajar for crowd at Cats-Saints game
Next ‘A great team around us’: Overcrowded Yarrabah and the fight to stay COVID-free