Breaking News
Home / Sport / ‘So thankful you are here’: Walker apologises in video alongside Young

‘So thankful you are here’: Walker apologises in video alongside Young

admin August 9, 2021 Sport Comments Off on ‘So thankful you are here’: Walker apologises in video alongside Young 157 Views 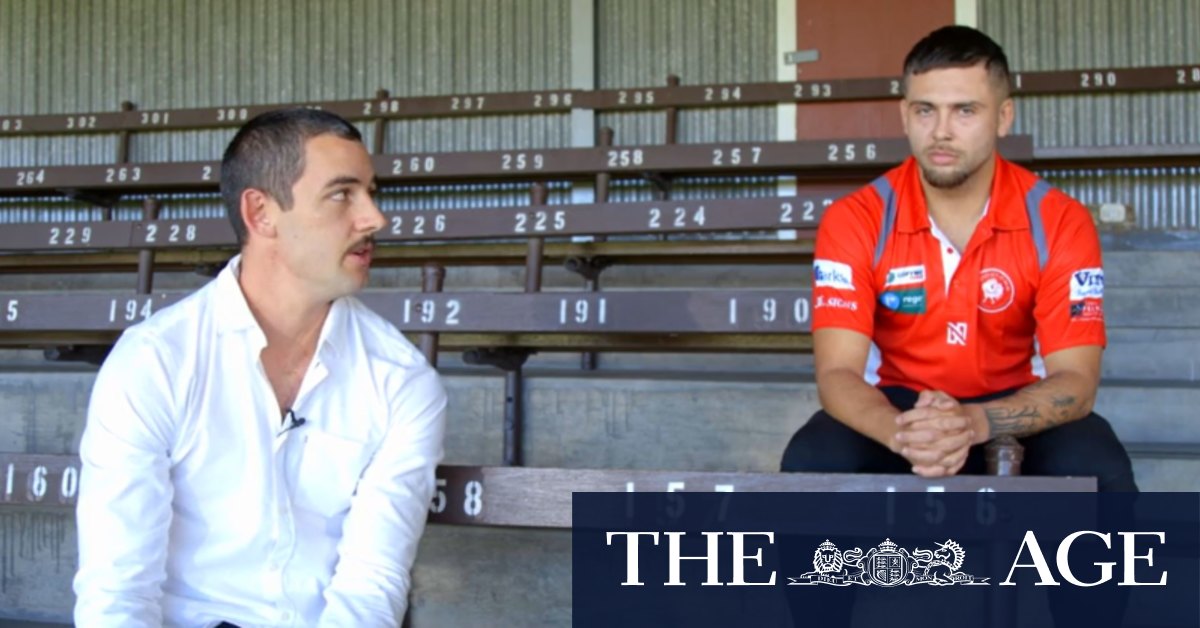 Former Adelaide captain Taylor Walker has delivered an emotional apology in a video alongside Robbie Young for the “pain, hurt and disappointment” he caused when racially abusing the SANFL player, admitting he has much work to do before he regains respect and trust.

As first revealed by The Age, the AFL investigated Walker after he made a racially abusive comment about Young in the game between Adelaide and North Adelaide on July 17 at Prospect Oval. Walker has since been banned and fined.

The Crows released a video on Monday night of Walker sitting on a bench in the stands with Young, the latter at one point reaching across to support the former Crows skipper when he struggled to speak and was almost in tears.

“Robbie expressed his feelings to me to sit next to me today. I am so thankful that you are here mate, sitting next to me. Thank you for accepting my apology,” Walker said.

“You have shown huge courage and support for me. I want to apologise to you and your family, to the Adelaide official and his family, to all Aboriginal and Torres Strait Islanders and their communities, for the pain, hurt and disappointment I have caused.

“What I have said was racism and it’s totally unacceptable. I have lost trust and respect from everyone and I know that and I have got work to do.

The AFL last week banned Walker for six matches – the final three of this season and the opening three of next – and said Walker would make a donation of $20,000 to a South Australian Indigenous program, undergo an education program and apologise to both Adelaide and North Adelaide players for his conduct.

Previous It’s the vibe: Perplexed Panthers turn coach into lawyer for a night
Next Door ajar for crowd at Cats-Saints game