admin August 9, 2021 Business Comments Off on The Olympics just showed why we can’t put a nation’s dreams behind a paywall 34 Views 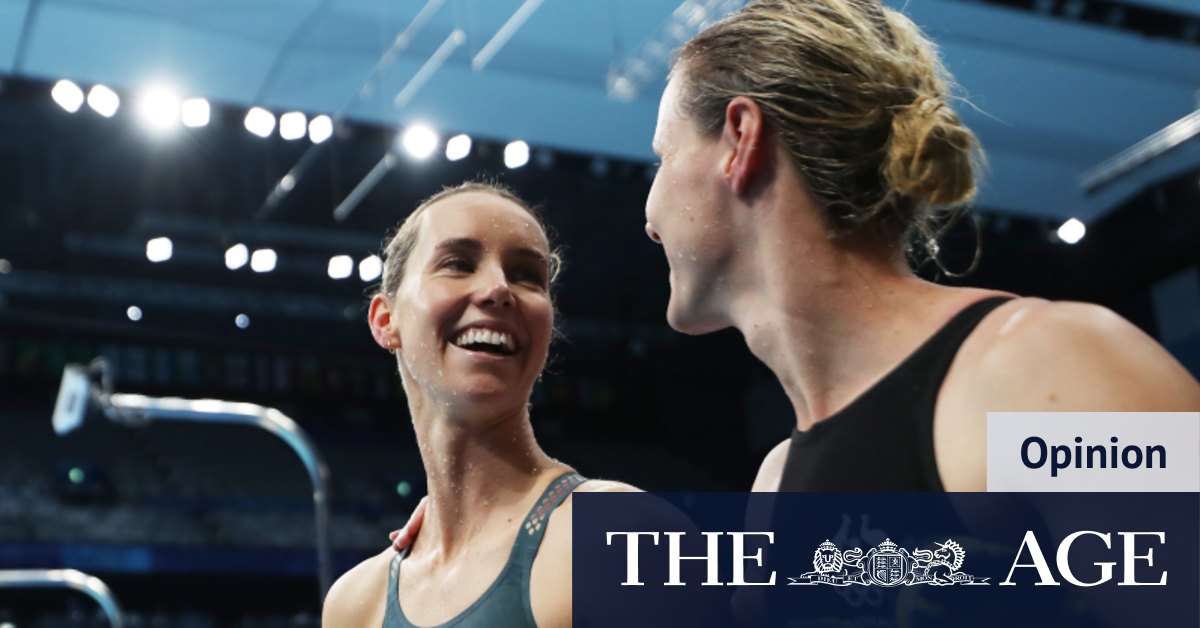 Sports events like the Olympics allow us to tell this Australian story not just across the country, but across time. Countless Olympians have shared how their dreams took form watching heroes of times gone by – from Kieren Perkins’ against-all-odds swim in Atlanta in 1996 to Cathy Freeman’s triumph on home soil in Sydney in 2000.

There is no doubt that, somewhere in Australia today – in Torres Strait, the ancestral home of Australian basketball captain Patty Mills, in regional Australia where sport is the glue that binds communities, in Brisbane where the 2032 Olympics will be held – hundreds of aspiring Olympians are seeing their heroes compete on the world stage and saying to themselves, “One day, that could be me”.

Television is the conduit to these dreams. Free-to-air TV remains the most inclusive, accessible and communal way for every Australian to access events like the Olympic Games.

For athletes in sports that seldom reach a wide audience, the national televised exposure of the Olympics is a rare and invaluable opportunity. It’s this megaphone effect that made people like Robert de Castella, Zali Steggall, Ian Thorpe , Leisel Jones and that most Australian of heroes, Stephen Bradbury, into household names.

It is critically important to preserve access to iconic events like the Olympics for all of us. In the 1990s our government recognised the critical role that sport plays in the lives of families, communities and the nation, and took steps to ensure that our iconic sporting events would be available for free to all Australians. That way, every Australian, no matter where they lived or how much money they had, could share in the triumphs of their heroes and be inspired to follow in their footsteps.

A list of events of national significance including the Melbourne Cup, the NRL and AFL, Australian Open Tennis and cricket was created, called the anti-siphoning list. Events like these are protected from being bought up exclusively by subscription television services where they are only available to those who can afford to pay to watch them.

As the events of the last two weeks again proved, this list of iconic sporting events has never been more important. In fact, now is the time to broaden the protections for viewers to ensure that it covers not just subscription television paywalls, but also ensures that our sporting triumphs are not hidden on streaming services.

This is a real and present danger. The current anti-siphoning legislation prevents cable operators putting these iconic events behind a paywall but does nothing to prevent global players like a Netflix, Amazon and Apple or local telcos Telstra and Optus from doing so.

Sports compete intensely for talent and profile and require more and more money to do so at a time when the economics of sports rights are changing. The AFL has reportedly held talks with the global players and there is nothing in the current law to prevent the Grand Final becoming the exclusive preserve of a streamer once current contracts expire.

Free TV has been in regular contact with the government on the matter but has had no indication this substantial loophole in the legislation will be closed.

To take away iconic sports is to slap a hefty cover charge on Australian identity. Every time a sporting event is siphoned off by a subscription service, a portion of the community is robbed of part of their identity and Australia as a whole becomes less egalitarian, less equal.

It would be a travesty to deny future Australians the same free access to iconic sports events that we have enjoyed for decades. There are few places in the world where sports of all kinds play as central a role to community life and national identity as they do here, and we have put in place a world-class system to protect access to iconic sporting events for all Australians.

It’s our duty to future generations to defend it.

Greg Hywood is the chairman of Free TV Australia and a former chief executive of Fairfax Media. Free TV Australia represents television networks, including Nine Entertainment Co, which owns The Sydney Morning Herald and The Age.

Previous As cities fall in Afghanistan, the propaganda war grows
Next Perfect crime committed by ‘polite’ armed robbers, but heist had lasting impact