MPs can’t keep ignoring the fate of our planet

admin August 10, 2021 Environment Comments Off on MPs can’t keep ignoring the fate of our planet 184 Views 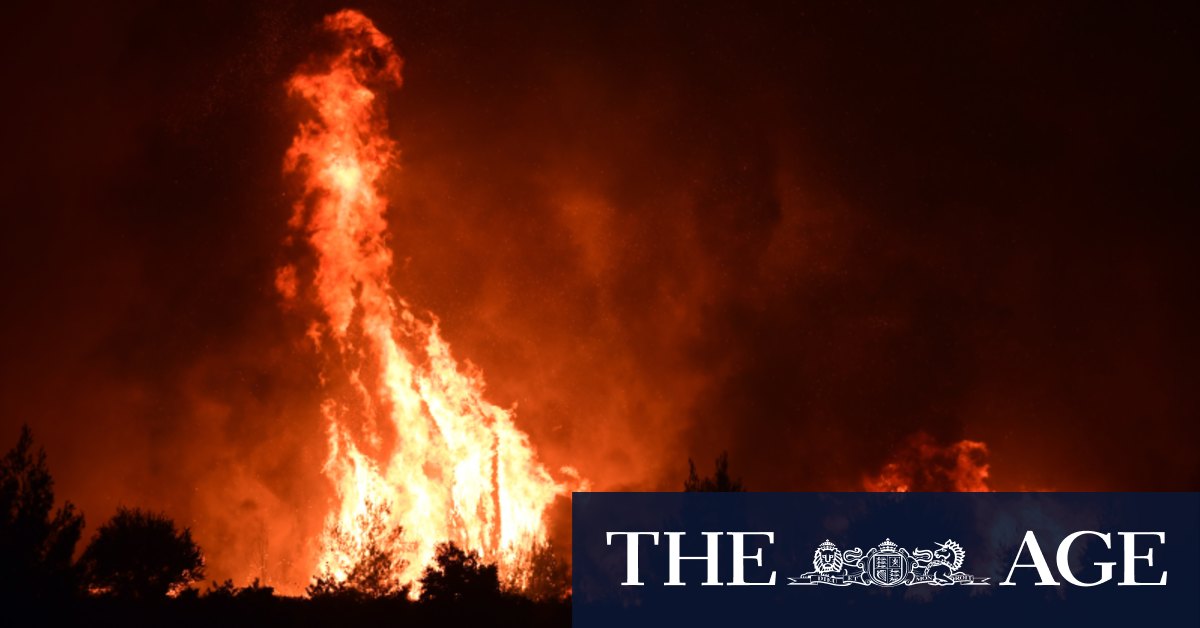 Nearly 12 years ago Tony Abbott, then a federal opposition frontbencher, was asked whether he had read the Intergovernmental Panel on Climate Change’s Fourth Assessment Report. “No, I don’t claim to have immersed myself deeply in all of these documents,” he replied. “I’m a politician. I have to rely on briefings.”

One would hope that today’s Coalition frontbenchers understand the importance of reading for themselves the IPCC’s Sixth Assessment Report, the first part of which came out on Monday night (AEST). Though its scope and the science that underpins it are global, there is plenty in it about Australia.

The story it tells is of more extreme weather, from bushfires to flooding, acidification of our oceans with damaging consequences for wildlife and our coral reefs, and droughts of increasing frequency and severity. These warnings are not new, though the level of detail in the latest report and the sophistication of the modelling it relies on are unprecedented.

Living in pandemic-hit Australia for the past 18 months, we should also be familiar with the responses this report is likely to generate. There are those who will insist it is a hoax designed to control us. Then there are those who are happy to accept the reality but insist we cannot allow it to change the way we live and that abrupt action will put too much strain on our economy. Others know that unless someone provides global leadership, the effects of climate change will only grow more unpredictable, blighting the lives of all of us, but particularly the world’s poorest and most vulnerable.

Unfortunately, politicians in both Australia’s major parties have come to understand climate change not as a global challenge but as a domestic “third rail”, to use the words of Malcolm Turnbull, who was rolled twice as Coalition leader over the issue and as a result became too controversial a figure even to advise the NSW government on the subject. The result is that both sides of politics have prevaricated as the planet heats up, zigging and zagging for electoral advantage on issues such as coal exports and electric vehicles when clear direction is required.

The IPCC’s work makes confronting reading, especially as carbon emissions are unlikely to end soon and the capacity of our land and oceans to absorb them and reduce their harmful effects is decreasing. But as the CSIRO’s Dr Pep Canadell – one of the report’s lead authors – told this masthead, “It is not too late … we are still in the control cabin of the planet.”

Much has been made of the report’s admission that the most ambitious target set out in the 2015 Paris climate agreement – limiting temperature increases to 1.5 degrees Celsius above pre-industrial levels – now looks unlikely to be met. The past 18 months have taught Australians a great deal about missed targets and rising curves. We know that with concerted political will such curves can be flattened and even bent downwards, and that this can save lives. We also know it is hard work.

But it is work from which Australia and its people can profit. Economist Ross Garnaut, who in his 2008 climate change review predicted our recent catastrophic fire seasons, has more recently written that our natural resources for renewable energy mean that “Australia playing its full part in effective global efforts … would now show economic gains instead of losses in early decades, and much larger gains later on”. A “low-carbon world economy will be especially favourable for rural and provincial Australia,” he wrote.

Our politicians should be as well versed in this area as any in their portfolio. The future of their constituents depends on it. The IPCC’s work in this report, whose second and third parts will be issued in coming months, is the science. The politicians need to respect that science and act on it.

Gay Alcorn sends an exclusive newsletter to subscribers each week. Sign up to receive her Note from the Editor.