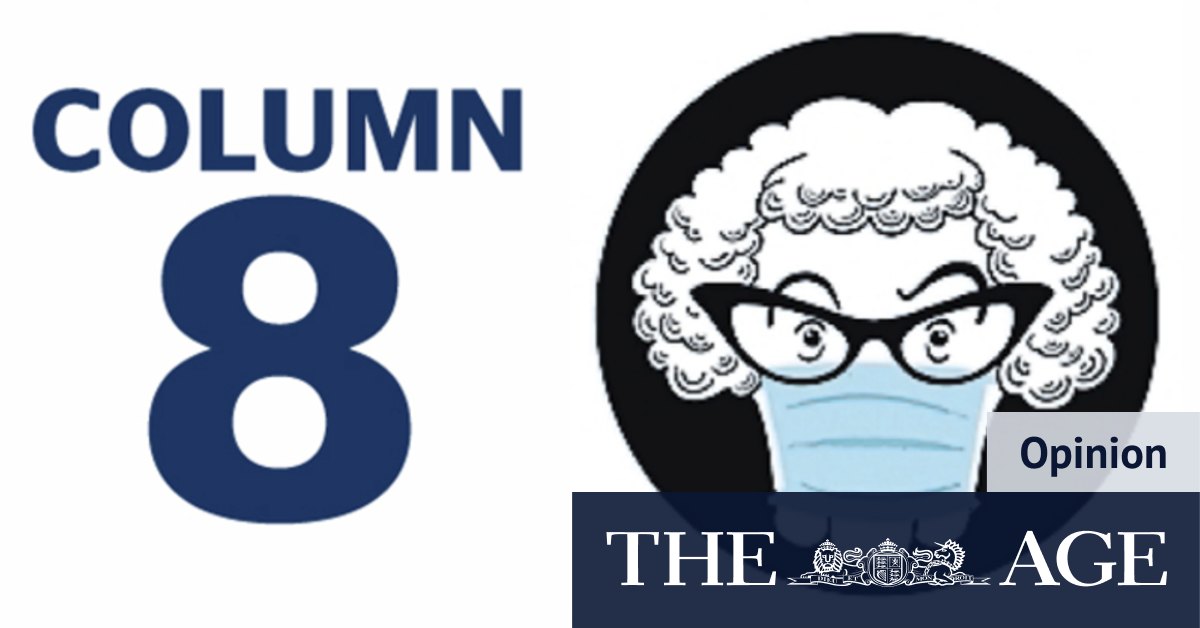 More curious instructions (C8). “I once bought a spray can of leak seal as I had a tiny hole in my gutter,” recalls Jennifer Tidey of Mudgee. “The instructions on the can were to shake the can vigorously until you hear balls rattle. They obviously didn’t expect the product to be used by women.” Adds Keith Sutton of Leichhardt: “What about the instructions for the domestic fire extinguisher?” … “‘To operate, turn upside down and bump head on floor’.”

“I have to disagree with Herald correspondent David Crowe,” says Geoff Nilon of Mascot. David writes: ‘Mr Morrison also tried to hose down a dispute …’. David, Mr Morrison does not hold a hose.”

Nick Ellis of Willoughby considers the habits of the tradie: “Why is it that at 7am there is a lot of noise, chatter and (almost always) a hammer drill at the renovation next door and then virtual silence by 7:15?”

“Hopefully, I won’t shuffle off my mortal coil or be rushed to hospital on census night,” says Don Bain of Port Macquarie. “Nor am I likely to be invited to a sleep-over. But I did find it strange that the official census website invited us to fill in the form ahead of time ‘if you know who will be at home on census night’. At my time of life, I don’t even buy green bananas.”

Remembering what day it is (C8) presents no problem for Tom Pinkey of Newtown: “As a retiree, it’s easy. There are five Saturdays and two Sundays.”

Pete Axelrod of Bardon (Qld) would like to point out that “Strom Thurmond would not have said ‘Mr Speaker’ even once during his 24-hour filibuster. The US Senate does not have a speaker. He would have said ‘Mr President’ quite often, I assume. Officially, the president of the Senate is the vice-president of the US, but normally, there is a president pro tem chosen from one of the sitting senators.”

“Filibustering is a tactic used to delay or prevent a vote from being taken in parliament,” affirms Peter Riley of Penrith. “ScoMo isn’t filibustering with his multiple ‘Mr Speakers’. It’s much simpler than that. His background is in marketing, where Used Car Salesmanship 101 is constantly repeating the customer’s name. But it’s gotten out of control. MPs are chucked out under 94(a) for interjecting. Perhaps there should be a 94(b) for too many ‘Mr Speakers’.”

Previous MPs can’t keep ignoring the fate of our planet
Next ‘Grow a spine’: Berejikilan’s climate action is falling short