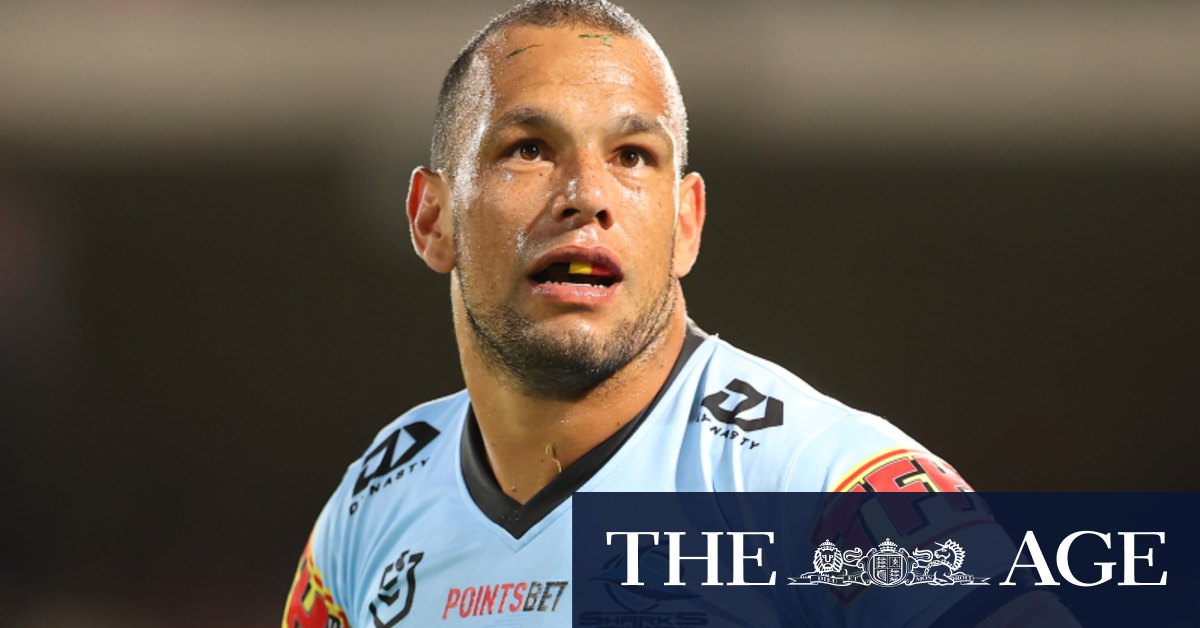 Evans will serve a one-match suspension for punching Chambers, while he was also fined $2700 for two separate incidents involving a head slam on Chambers, for which he was also sin-binned, and a dangerous contact charge on Ronaldo Mulitalo.

“I believe there was nothing racial, so that’s obviously a positive. Did Will overstep the mark? You would probably have to ask Will that.”

Warriors winger Dallin Watene-Zelezniak was also found guilty at the judiciary for kneeing Chambers and will miss the clash against his old club the Bulldogs.

“I probably hated him more than anyone growing up,” Sharks forward Toby Rudolf said of his Cronulla teammate. “I couldn’t stand the Storm winning and his sledging on the field, but I got to know him and he’s unreal. Like most sledgers on the field, he’s a really good bloke off it. The perception I had of him was completely wrong.

“There are gaps to what has been reported. I think he’ll be fine.”

Brown was more concerned his players don’t take the bait again in a similar scenario.

“I don’t think Will missed any of our players,” Brown said. “I don’t think he targeted anyone in particular, I think most of them got some sort of feedback from Will. Some handled it very well and some reacted in a manner in which you hoped they didn’t.

“To my knowledge Kane hasn’t responded like that in a first grade game during his time at the Roosters or Parra and certainly the other day he responded in a manner he wished he didn’t. The key is now he learns from it.

“Thankfully we got the result [in the game] and out of it all Kane has learned some lessons, and so has Dallin.”