‘There are no reserves’: Doctors demand disaster plan amid severe staffing shortages

admin August 11, 2021 Victoria News Comments Off on ‘There are no reserves’: Doctors demand disaster plan amid severe staffing shortages 69 Views 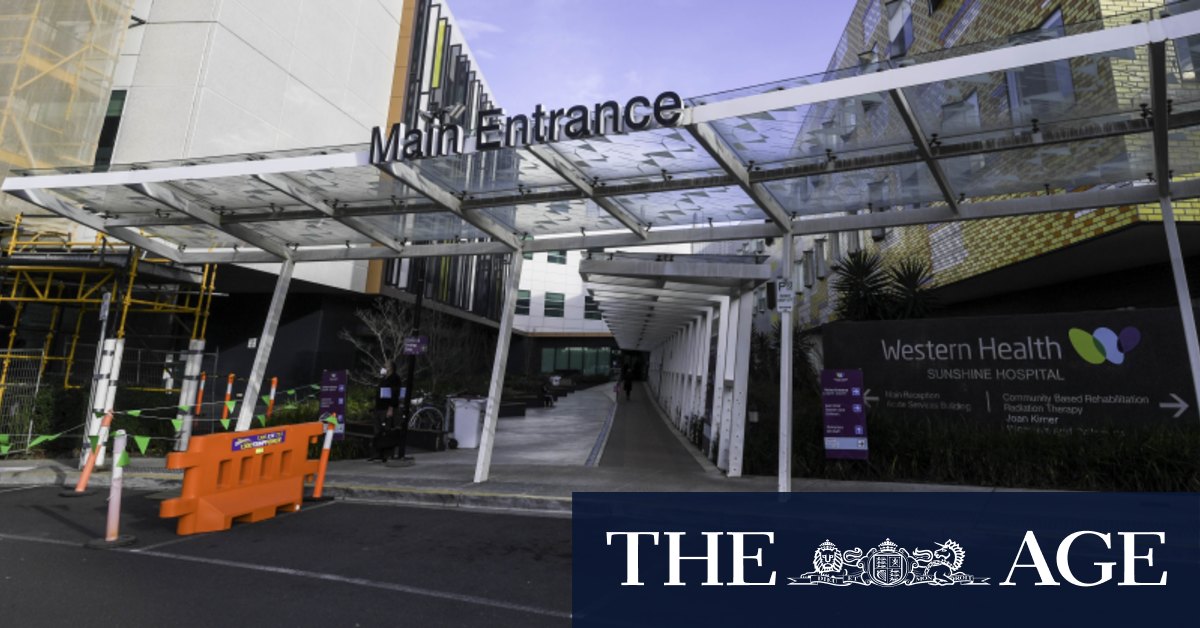 “This is a profound issue and it requires a sophisticated approach as to how we are going to manage these issues moving forward,” he said.

He said the difficulty was that while many front-line healthcare workers were fully vaccinated against COVID-19, and would be protected from becoming seriously ill, there were lingering concerns they could still catch the virus and transmit it at hospitals.

Dr McRae said any plan must determine whether a trained workforce is kept in reserve or a different approach is taken to quarantining vaccinated healthcare workers.

Clear guidelines must also be determined to define high-risk exposures so healthcare workers were not unnecessarily furloughed.

The anaesthetist said rapid screening for the coronavirus, such as antigen testing, could also be used to quickly check healthcare workers who were not deemed high-risk.

This could allow them to return to work sooner and be followed up with further testing, rather than quarantining at home for the full 14 days.

But he warned it was not a “gold standard” and there would always be a risk of false-positive or false-negative results. “There is a trade-off for getting a quick result,” he said.

Last year the state government announced a database of more than 15,000 doctors and other healthcare workers signed up to relieve overstretched hospitals.

However, doctors warn that surge workforce has been pilfered as healthcare workers are called upon to assist with the emergency COVID-19 response, working at vaccination centres, inside hotel quarantine and overwhelmed testing clinics and respiratory centres.

“There are no reserves,” he said. “I’ve heard for months now that hospitals are struggling to staff [intensive care] night shifts and [emergency department] shifts and theatre operations simply because they don’t have the nursing workforce, and that’s with barely any COVID cases.”

Earlier this month, several senior Australian doctors were forced into isolation after their children attended schools in Brisbane associated with COVID-19 clusters, wiping out roughly 50 per cent of the surgeons in the area.

Victoria’s Ambulance Union secretary Danny Hill said paramedics were told at 6pm on Tuesday to take patients to Sunshine or Footscray hospitals – which were operating “with a skeleton crew” – only if it was a life-threatening emergency.

They were instructed to take patients to the next-nearest hospital, meaning some including Werribee Mercy Hospital in the city’s outer west were “bombarded”.

“Werribee was really pushed to the brink last night,” Mr Hill said on Wednesday. “It becomes almost like Russian roulette where an entire hospital can be taken out if staff are exposed to the virus.”

Australasian College for Emergency Medicine president John Bonning, who backed the need for an emergency plan, said large-scale staff furloughs were forcing healthcare staff across Australia into isolation without warning, putting pressure on a system “that is already on its knees”.

“This is forcing the closure of [emergency departments], pushing other EDs over their limits and putting patients, and staff, in danger,” he said.

The shutdown of the two emergency departments is the latest crisis to hit Victoria’s public health system amid warnings that hospitals across the country are too full to handle cases of coronavirus even at levels similar to the seasonal flu.

Health professionals say “ramping” – when ambulances wait outside emergency departments because no beds are available – has risen to an alarming level.

The ramping crisis came to a head in April when Melbourne woman Christina Lackmann, 32, died while waiting more than six hours for an ambulance after calling triple zero when she felt dizzy while cooking dinner at home. Her death is being investigated by the state’s health watchdog.

Earlier this year, the state government announced it would spend $759 million to boost ambulance and hospital services to cope with a surge of demand heading into winter.

It committed to investing hundreds of millions of dollars to help divert people away from emergency rooms and to improve the flow of patients through clogged emergency departments that are experiencing record demand.

Premier Daniel Andrews said when there was potential for the virus to leak into the healthcare system through infected staff, those workers must be immediately furloughed.

“It’s not uncommon, in fact, it’s exactly what you want to do if you’re in an ambulance. You are far better to be taken to a hospital that has greater capacity to treat you quickly rather than going to one that we know is very, very busy,” he said.

Previous Nationals stake their claim on carbon compensation
Next ‘How lucky do you feel?’: The awful risks buried in the IPCC report