Why the Wallabies can fill the post-Olympics void

admin August 11, 2021 Sport Comments Off on Why the Wallabies can fill the post-Olympics void 60 Views 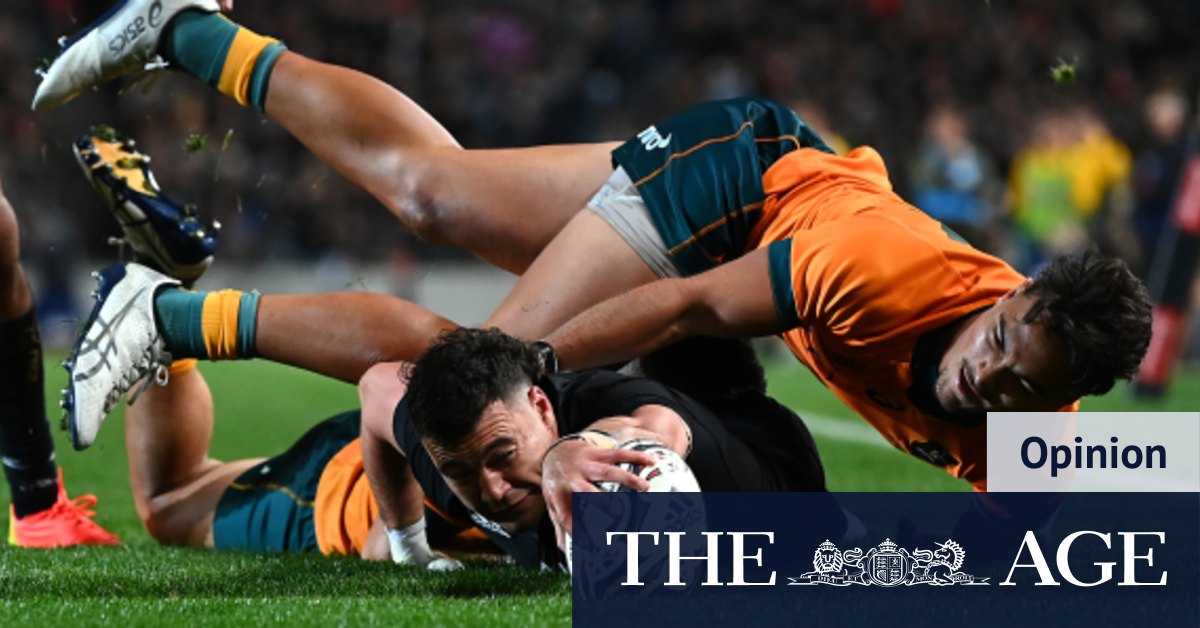 Well, against that, if you made a graph of where Australian rugby was this time a year ago, compared to where it is now, it would look like a NSW COVID-19 infection graph of the past 50 days, except this time there is no catastrophe waiting for us in the higher spheres, but the Promised Land!

Look at where the Wallabies were: on the bones of their arse, with no money, no games, no administration, and no hope. Several former Wallaby captains had gone rogue forming up under the Confederate flag, and there was the risk of outright civil war.

The administration is stable. The matches are going out on free-to-air and Stan, which is paying big bucks for the privilege. The Wallabies put the haughty and strutting Gauls to the sword in a 2-1 series win, and gave a pretty fabulous account of themselves last Saturday – notwithstanding the fact the lineouts were close to hopeless, and our kicker had a shocking day at the office, going from an average of four out of five successful kicks, to one out of five on the day.

Look at the graph! Who can dispute it is pointing up?

We now have a forward pack that competes with the All Black pack. We are even holding our own in the scrums. We’ve got a halfback in Tate McDermott who, if you look at him in silhouette as he harangues his forwards to greater efforts and darts from the base, can remind you of Nick Farr-Jones in the halcyon days. And we’ve got a back line that put on three tries in 12 minutes against the bleeding All Blacks at Eden Park!

Friends, I make no promises. But 55 years ago, in the middle of a bad drought up Peats Ridge way, I heard my father say to another local farmer, Mr Watts: “The one thing we do know Brian, is that every day brings us closer to the drought ending”. It rained cats and dogs about a week later!

Every Test is bringing us closer to the Promised Land, I tell you. And it might, just might, start this Saturday. Look at the bleeding graph, and tell me I am wrong!