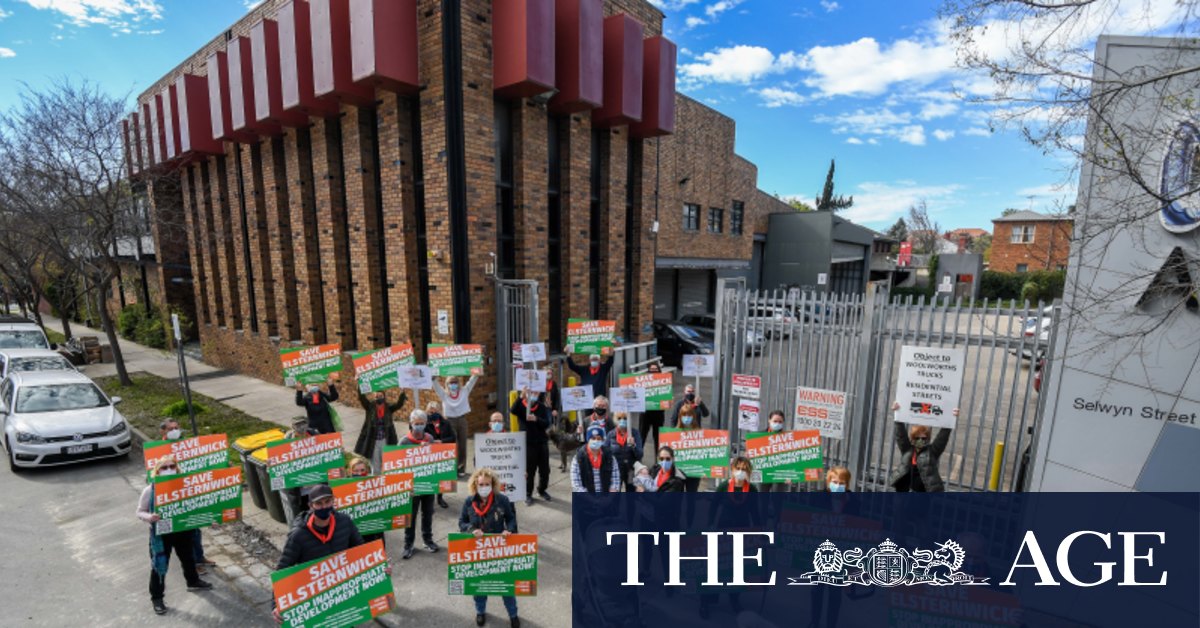 Council officers believed the amended plans submitted by Woolworths would not interfere with the cultural precinct and flaws had been resolved, although it still did not have the support of the council’s heritage adviser.

Residents have been campaigning against the plans since Woolworths bought the land in 2017 and 277 objections have been filed with the council.

The Stop the Towers in Elsternwick group had also called on the council to turn a gated car park on the site into green open space after discovering that a portion of the land was still legally a road owned by Glen Eira Council.

Almost 1000 people have signed an online petition calling for the car park to be returned to public use in the form of a park.

Kathy Deacon, who feels the supermarket giant has ignored the community, said there was no way the proposal could be amended to suit the site.

Councillors made clear the site would be developed in some capacity despite the decision.

Andrew Loveday, the general manager of property development at Woolworths, said the supermarket had “significantly revised” its proposal and worked hard to make a positive contribution to the cultural precinct.

“While disappointed with the decision, we will explore our options, including pursuing a subsequent VCAT process,” Mr Loveday said in a statement.

Woolworths had agreed to sell 1000 square metres of space to the Jewish Arts Quarter as part of the proposal.

The precinct development — which has been called in by Planning Minister Richard Wynne to accelerate the planning process — also features a sprawling plaza, to be surrounded by shops and restaurants.

In a statement to the council meeting on Tuesday night, Joe Tigel, co-chair of the Jewish Arts Quarter, said the Woolworths proposal would provide a tangible benefit to the community by adding space to the cultural precinct.

Helen Greenberg, principal of Sholem Aleichem College, which had provided its support to the planned Woolworths development, said the school would make sure to resolve traffic and environmental issues that affect its community as part of any current or future planning application.