Breaking News
Home / Sport / ‘It’s do or die for them’: All Blacks boss says pressure all on Wallabies

‘It’s do or die for them’: All Blacks boss says pressure all on Wallabies

admin August 12, 2021 Sport Comments Off on ‘It’s do or die for them’: All Blacks boss says pressure all on Wallabies 189 Views 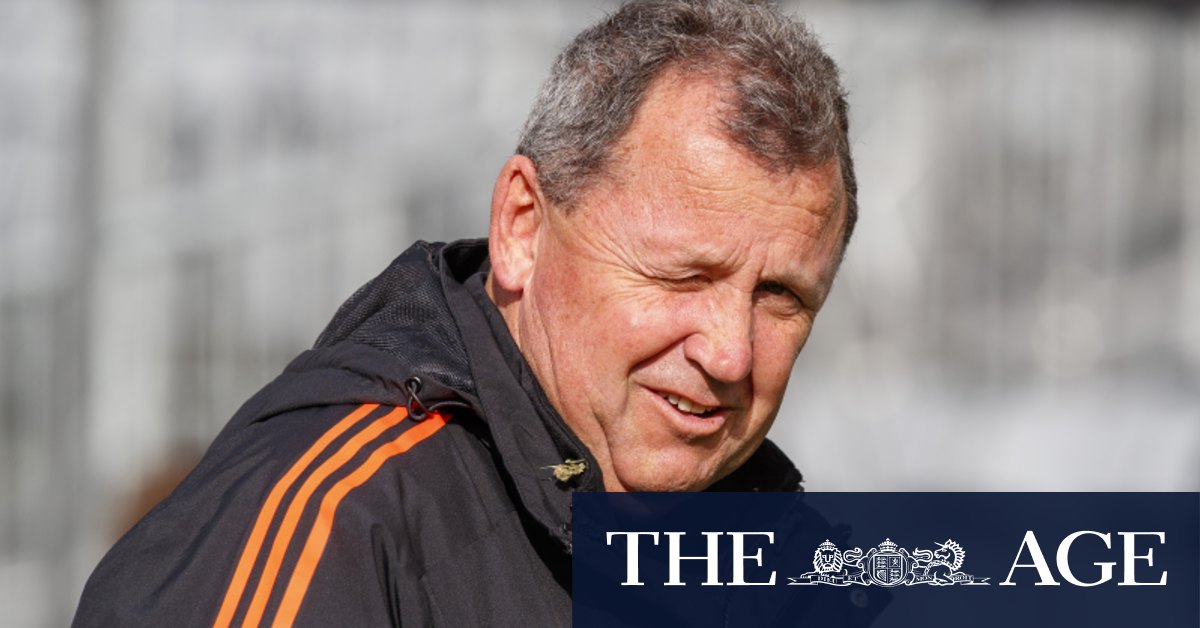 “I am pretty intrigued they are trying to pile pressure on us,” Foster said. “It is a Bledisloe Cup series, they are 1-0 down, and I am pretty sure there is a bit of pressure on them too. We want to win it.

“We know that Australia will be disappointed with the result [last week] and will lift. It’s a do-or-die game for them.

“The Bledisloe Cup means a lot to us. It’s an historic trophy and it’s easy for people to take it for granted based on results in recent years but throughout history it has been a hard cup to win.”

Winning in New Zealand, let alone Eden Park, has become near on impossible for Australian sides in years gone by.

Wednesday marked 20 years to the day since Australia beat New Zealand in Dunedin. There have been close calls – such as the Dunedin Test of 2017 and a draw in Wellington last year – but no Wallabies team song for two decades on Kiwi soil.

Many in New Zealand expect the All Blacks to respond in a big way after conceding three late tries once the game was effectively over.

All Blacks great Sir John Kirwan said as much this week.

“They blew it, I reckon, and they’re not going to get that opportunity again,” said Kirwan of the Wallabies on Sky’s Breakdown show.

“I think that you’ll never get the All Blacks making that many mistakes in the first 20 minutes and the Australian team did not capitalise on it.”

Yet it was a line from Kellaway this week that raised eyebrows across the ditch.

“A couple of those boys have played the All Blacks for the first time [now], myself included,” Kellaway said. “Maybe the aura has worn off a little bit.”

Rennie attempted to provide some context for his young winger.

“What he’s saying is there is a bit of an aura around the All Blacks and he’d never experienced that before because he’s never played against them,” Rennie said. “For him it was a bit of heading into the unknown. He’s played them once now, so he knows what to expect.”

Watch every match of the Bledisloe Cup and The Rugby Championship with live, ad-free and on-demand coverage on Stan Sport continuing this Saturday from 4.30pm AEST.