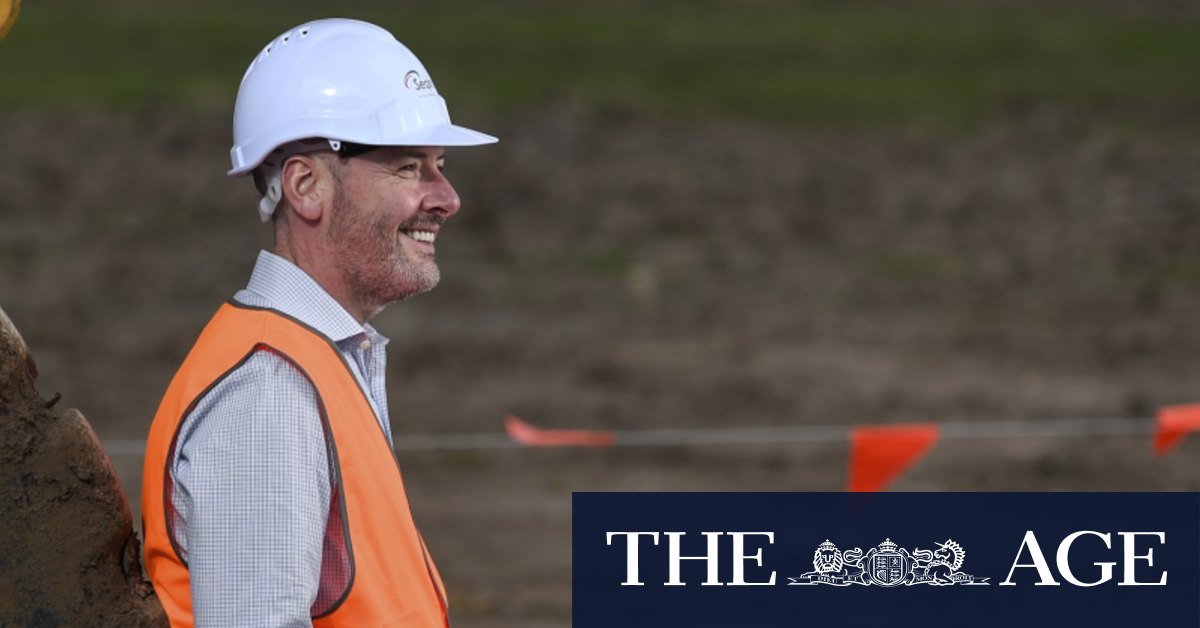 One option is for the CSL facilities to work with Moderna, which is in parallel talks with Industry Minister Christian Porter over whether to build its own facility in Australia or use a contract manufacturer instead.

While CSL is producing 50 million doses of the AstraZeneca vaccine under a partnership agreed last year, its new proposal aims to build a long-term sovereign capacity, with the option of a technology transfer with Moderna.

“This isn’t just about responding in the coming years, it’s about setting Australia up for the coming decades,” Mr Marlow said.

The first stage of the proposal is an mRNA research and production hub in the Elizabeth North precinct between the University of Melbourne and the city, close to the Walter and Eliza Hall Institute of Medical Research and the Peter Doherty Institute for Infection and Immunity.

The Seqirus division is already developing a next-generation mRNA flu vaccine and has committed $800 million to the Tullamarine project in Melbourne’s north.

If the federaAustral government backs the formal proposal, the company would aim to complete the industrial-scale mRNA facility at Tullamarine in 2024, with production subject to regulatory approval of the facility.

The Elizabeth North facility would produce vaccines from 2023 and would require a technology transfer agreement with an mRNA developer such as Pfizer or Moderna.

A key objective is to have a sovereign capacity to respond quickly to a new variant of the coronavirus and produce two doses for the entire population, while also being able to export vaccines to the region in the longer term.

“When the industrial-scale facility is complete, Australia would have the capacity to manufacture more than two doses of an mRNA vaccine for every Australian in 16 weeks,” CSL says in part of its plan.

The company has not put a public cost on its investment because it is in commercial talks with the federal government. It would have to revisit the manufacturing plans if it did not gain government backing. It is also talking to the Victorian government, which has a $50 million fund to support mRNA manufacturing.

The mRNA approach can be adapted more quickly to new strains of the virus compared to “viral vector” vaccines such as AstraZeneca, claim developers such as BioNTech, the German company that works with Pfizer.

Labor leader Anthony Albanese has accused Prime Minister Scott Morrison of failing to order enough vaccines one year ago and being too slow to sign a deal to make mRNA in Australia, saying this leaves the country exposed.

But the mRNA manufacturing is yet to be replicated in any location outside the United States and Europe, where it was pioneered by Pfizer and BioNTech and separately by Moderna.

Singapore announced an agreement with BioNTech in May to manufacture several hundred million doses of mRNA vaccine from early 2023, while Chinese company Fosun Pharma signed with the same company the same month.

Those deals raise questions about whether Australia can pursue deals with Pfizer and BioNTech or is more likely to attract Moderna to the region.

The South Korean government struck an agreement with Moderna in May to “explore local manufacturing” while Canada announced a deal with the company this week, although it did not say where the facility would be located or when it would start production.

Moderna said the Canadian facility would be activated “on an urgent basis” to respond to the pandemic and said it could be matched in other countries.

“The company is in discussion with other governments about potential collaborations built on a similar model,” it said.

Asked about Moderna’s plans for Australia, a company spokesperson declined to comment. The company’s quarterly report on August 5 said it was considering Australia as the location for a trial of its vaccine among children, but the spokesman said on Friday this was not going ahead.

Mr Porter’s parallel negotiations, with CSL and others involved in the approach to market on one hand and Moderna on the other, are likely to lead to significant spending by the federal government if it wants to lure vaccine companies.

The next stage of the approach to market is likely to be a shortlist that removes some contenders from the next round of talks.

The Canadian government has spent heavily on vaccine development in recent months, including a $C199 million ($216 million) agreement with Resilience Technologies to make mRNA doses in Ontario and a $C126 million promise to a National Research Council facility in Montreal that could make the Novavax vaccine.