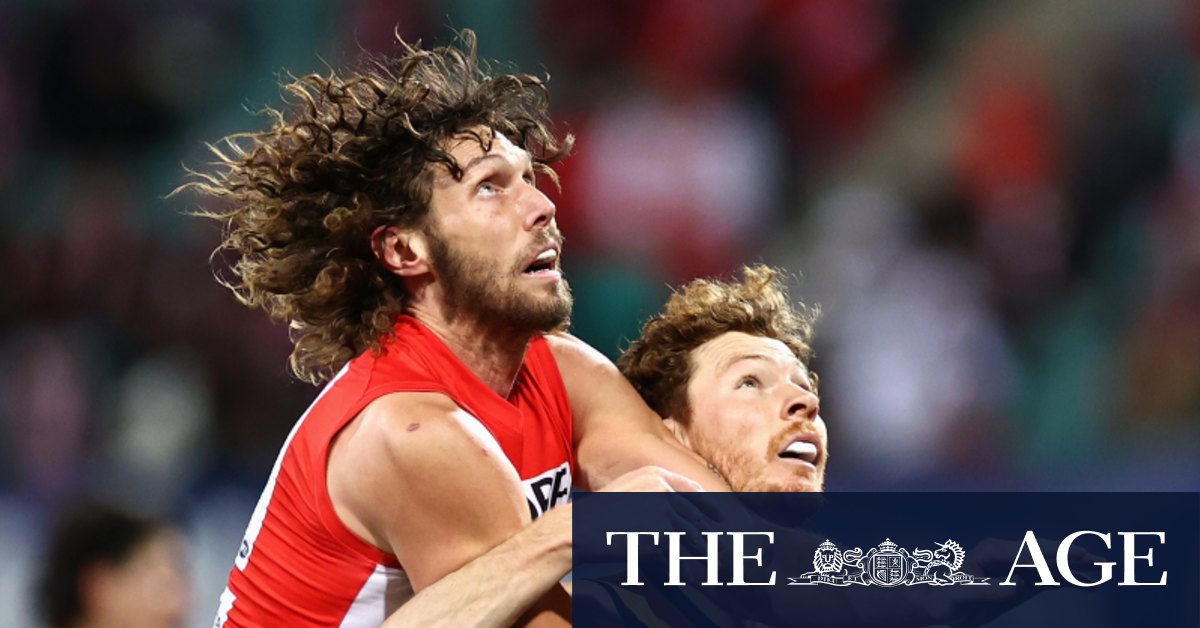 An added bonus, Hickey said, his son did not forget him while he was away.

Hickey’s personal situation adds more merit to not only his performances but that of the Swans, who won five of six games while separated from their loved ones. Players were reunited with partners and families last week after about seven weeks apart.

The emotional toll was evident when Longmire struggled to hold back tears celebrating the Swans’ victory in a dramatic Sydney derby where both clubs lost star players minutes before the game due to COVID-19 concerns.

At his fourth club, Hickey paid tribute to the strength and character of the Swans group, who bonded over games of Monopoly, chess and pool.

Hickey has also been thrown a few curve balls, not least a ruptured posterior cruciate ligament, which remarkably, cost him just the one game.

So well has he responded to his strength and maintenance program, Hickey is considering playing out his career without having the ligament surgically repaired.

“I’ve probably felt the last four weeks I’ve been able to jump aggressively again at the ball and not be overly worried about having any more incidents in there,” Hickey said.

“I don’t have a PCL, it was fully ruptured. So it was just giving my body time to sort of adapt and putting some strength around the knee to adapt without the ligament there.”

Barring injury, Hickey will in the coming weeks add to the two finals he has played in a career which started in 2011 and has taken him to four different states.

“Footy has been incredibly fun this year and even with all the challenges so another opportunity to keep playing footy and then just playing in a winning side most weeks has been so enjoyable,” Hickey said. “And this my 11th year has definitely been my favourite.”

Previous ‘What will happen to our country?’ Fear in Kabul’s makeshift camps
Next AFL 2021 LIVE updates: GWS Giants, Richmond Tigers put finals hopes on the line