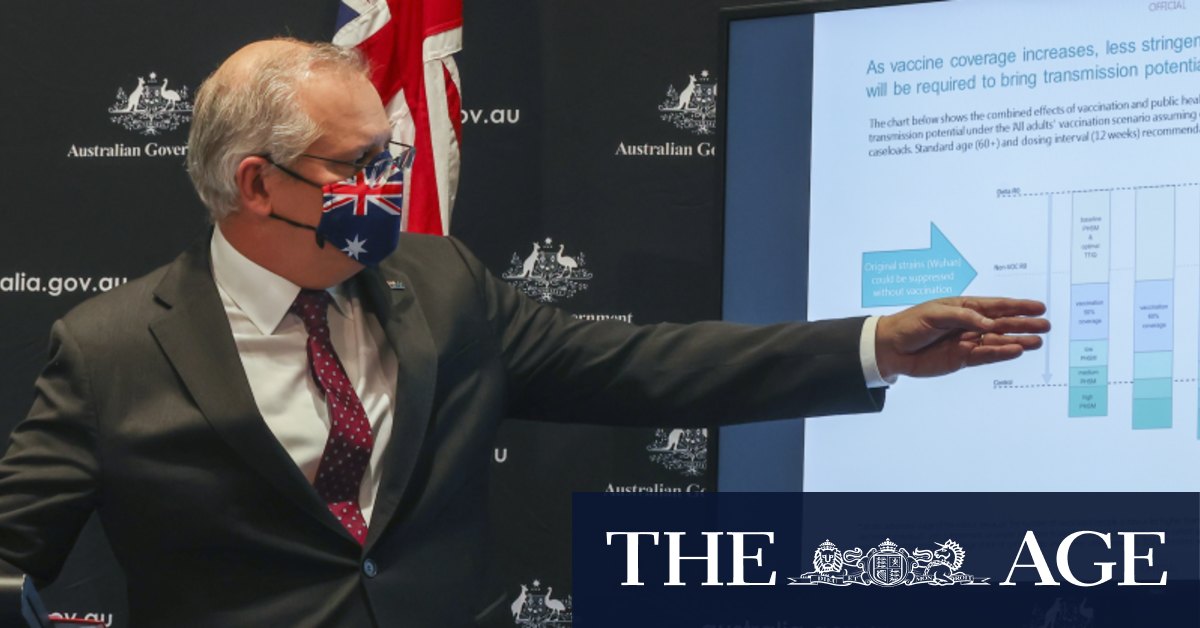 “The whole point of getting to higher and higher levels of vaccination, particularly once you go past 80 per cent, is that is when we are saying ‘goodbye’ to lockdowns,” Mr Morrison said.

“Where there are no lockdowns, there should be no borders.”

The latest vaccination data shows WA and Queensland continue to lag behind the rest of the country. Overall, the nation reached a milestone of 25 per cent of eligible people fully vaccinated, with 46.65 per cent having had at least one dose.

The forecast from ANZ’s head of Australian economics David Plank was gloomy, predicting that “state borders are likely to remain closed for months, and our assumed slow opening of the international border from mid-2022 is under threat”.

Former prime minister Tony Abbott expects it will be five or six months until Australia is able to “very substantially reopen”.

“The light is at the end of a very long tunnel,” he told an Institute of Public Affairs podcast.

Mr Morrison has said he’s confident at least the 70 per cent vaccination target can be reached by Christmas.

Leaders went into Friday’s national cabinet meeting prepared to tell NSW Premier Gladys Berejiklian she had to consult before moving to relax restrictions once her state reached 50 per cent vaccination.

But afterwards, multiple sources described the meeting as collegiate.

Mr Morrison said it was clear Ms Berejiklian wasn’t talking about moving into Phase B of the reopening plan – supposed to be triggered at 70 per cent vaccination – but rather how the state managed its lockdown.

“She certainly doesn’t want to see an escalation of cases or the virus not being suppressed,” he said.

Previous Ben Roberts-Smith’s ‘girlfriend’ allegedly turned up at his family home with black eye
Next Laundy backs no jab, no pub despite PM’s push to protect unvaxxed businesses