Race-by-race preview and tips for Kembla Grange on Saturday

admin August 13, 2021 Sport Comments Off on Race-by-race preview and tips for Kembla Grange on Saturday 202 Views 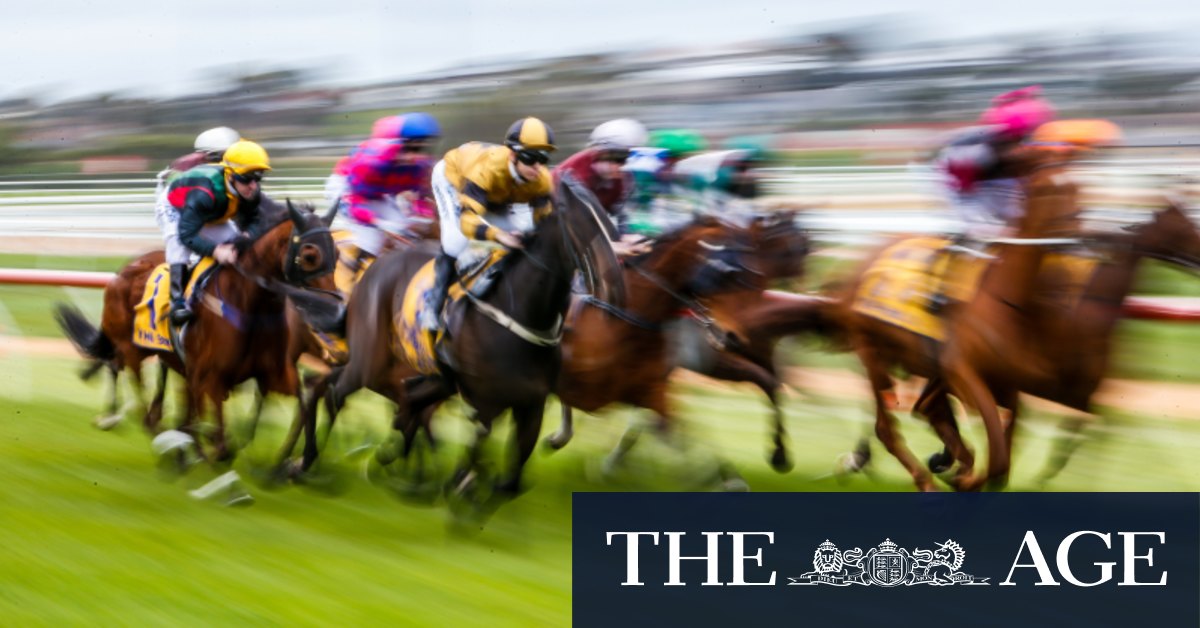 16. Tocomah had been trialling like a jet and he took that trial form to the races at his second start, putting a space on his rivals in a Gosford maiden. He covered ground throughout but, once Grant Buckley pushed the go button, the four-year-old exploded clear. Takes on a capacity field of battle-hardened sprinters, so the query is whether this has come a preparation too soon, but he does look to be a gelding capable of charging through the grades. 8. Bowery Breeze is winless in eight cracks on good tracks and, although there is no denying she’s better suited on wet ground, she isn’t as hopeless on top of the ground as the form guide suggests. Has trialled sweetly alongside Private Eye since she won at Warwick Farm eight weeks ago.
How to play it: Tocomah to win.

Sounds a bit odd labelling a six-year-old as the horse here with the most scope, but that could be the case with 4. Mayfair Spirit. The import made a big impression at his first start for Ciaron Maher and David Eustace at Sale, travelling deep throughout yet still running the winner to 0.4L. Out to 2000m looks to suit, strips fitter from his first run in 40 weeks and Tim Clark has been booked. Won six races overseas, from 1600m to 2300m, and off a 74rating he looks to have some room to move as far as working his way through to better races. 10. Bethencourt has a string of seconds to his name but he sets up well out to 2000m on another good track. Was brave last start as he covered ground.
How to play it: Mayfair Spirit to win.

Taking the gamble that 6. Cepheus can hit the ground running in his first Australian preparation. Has caught the eye in two trials since joining Matthew Dunn’s stable and, despite 1400m being on the short side for him, the pace should be quick up front with the likes of 5. Frosty Rocks and
3. Man Of Peace rolling along. The other thing in his favour is the dry track. The son of Sea The Stars is 4:2-1-0 on good tracks. He is being aimed at some rich races over much further than this over the spring but suspect he has the quality to make an immediate impression. Frosty Rocks’ best certainly gives a race of this depth a shake, but this is another step up in grade and he has shown in the past that he is one-dimensional.
How to play it: Cepheus each way.

1. Tiger Of Malay has 61kg and is first up. To offset that, however, is the class edge, James McDonald riding, an inside draw and the fact that he has trialled so well ahead of his return. The positives look to far outweigh the negatives when assessing his chances. His benchmark rating is 12 points clear of the next highest. The Richard and Michael Freedman-trained colt mixed it with the best two-year-olds in his seven starts, highlighted by beating a fast-finishing Converge in the G2 Sires Produce at Eagle Farm. Silent Impact would’ve been mighty hard to beat had he accepted here, so respect the form of stablemate 9. Concocted given how well he finished off behind Silent Impact last start.
How to play it: Tiger Of Malay to win.

9. Glorious Dream is a five-year-old but suspect there is still more to come from the Luke Pepper-trained mare. The obvious niggle here is the firm deck, as all four of her career wins have come on soft or heavy ground. That said, her last start third in town on a good 3 was excellent. She goes up in grade slightly, but this isn’t a deep BM78 and, comparing the set-up here to her last start, she profiles better for this carrying just 51.5kg after the claim of Ellen Hennessy. The low draw should allow Glorious Dream to take up her more customary on speed position. 3. Hastobegood was unsuited by the sit-sprint shape of the race she tackled first up over 1200m. That was her first start for Joe Pride, and there was a lot to like about how she dashed home. Her last 600m was equal to that of the winner, Starla.
How to play it: Glorious Dream each way.

10. Pale King has won three of his four starts and has it still all in front of him. He was picked up by Australian connections after an arrogant debut win in the UK. First up here, he landed a plunge at Kembla Grange when just doing enough. A spell followed and he did a similar thing at Sandown first up. The Hawkes stable have said that the five-year-old is better than a benchmark level horse. Love the way he cruised to the line in a recent Rosehill barrier trial, suggesting he is ready to go right on with it this campaign. 4. Ashman won a Midway last start with sustained speed. Don’t underestimate how strong he was late despite being there to be beaten.
How to play it: Pale King to win.