The complicated equation of COVID vaccines for kids

admin August 13, 2021 Federal Politics Comments Off on The complicated equation of COVID vaccines for kids 32 Views 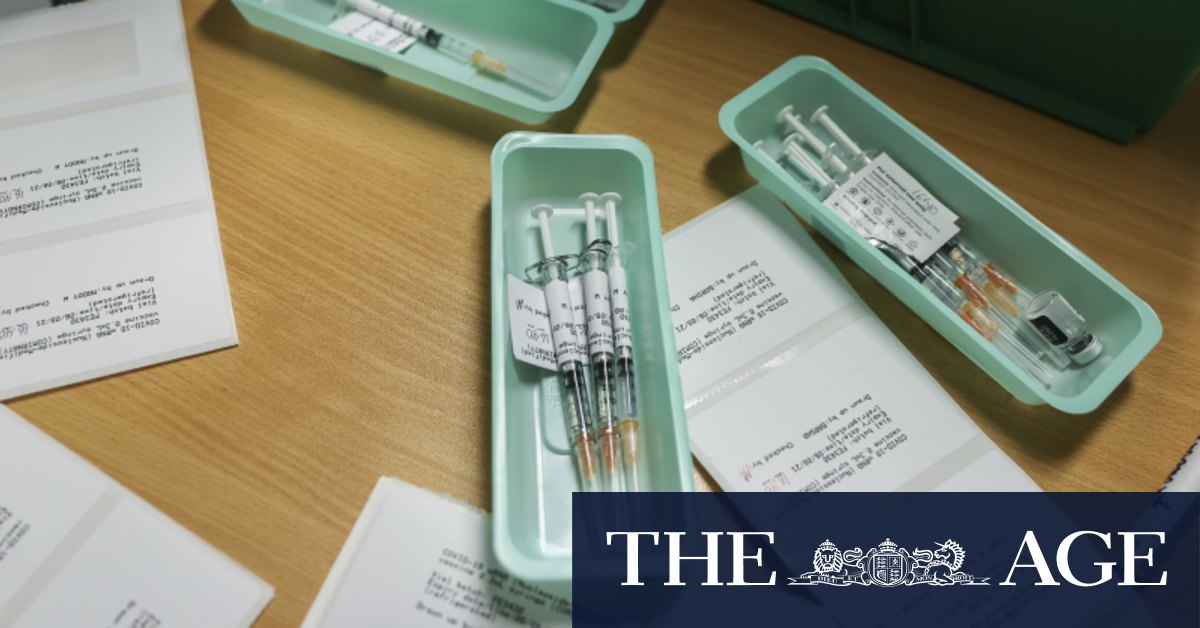 On need, Professor Nolan said that even with the Delta variant there was little evidence children were getting seriously ill.

“There’s no evidence yet in Australia that there’s an epidemic of kids who are in hospital,” he said.

“That doesn’t mean it’s not worth preventing, especially if you’ve got a safe and effective vaccine that will work – then of course children should be considered for it.”

The Doherty Institute’s modelling for the federal government found that including 12 to 15-year-olds in the vaccine program did not have much impact on herd immunity either.

And on priority, vaccine supplies remain tight. All the experts agreed those doses should be going to the more vulnerable groups first, and then those younger adults who are more likely to transmit it.

“Ultimately, we want supply to open up so that we can get cracking with the 20 to 40-year-olds and move on to all children really soon,” Murdoch Children’s Research Institute vaccination expert Associate Professor Margie Danchin said.

“I fully accept that they do come after the young people, the 20 to 40-year-olds, but that doesn’t mean they’re not a priority.”

Part of what makes those calculations more complicated with children is there is a lack of good data around children and these vaccines, Professor Curtis said.

The risk of developing severe disease also appears to be lower, but the long-term impact of the coronavirus was unclear. Research is currently being conducted in Australia on so-called long COVID and children.

But one aspect that’s more difficult to quantify is the importance of schools, Associate Professor Margie Danchin said.

“That actually is something that we need to try and quantify better. And we need to factor into the decision-making more,” she said.

“One of our big challenges now is to correct it, collect more concrete data on the mental health and wellbeing impacts for kids separate to their learning impacts, so that we try and quantify the huge, detrimental impact of lockdown and home learning on children.”

Labor MP Dr Mike Freelander said while it appears children have a lower risk of developing serious illness from COVID, it was important to include them in the vaccine rollout.

“We really do need to ramp it up, because it looks like this virus is not going to go away in a hurry,” he said. “And we may well get variants that affect children even worse, we just don’t know. So I think the sooner we can start vaccinating kids, particularly at-risk kids, the better.”

Currently, the Pfizer vaccine is approved for use in everyone aged 16 and over. The Australian Technical Advisory Group on Immunisation has approved its use in vulnerable children aged 12 to 15, including those with underlying health conditions and Aboriginal and Torres Strait Islander children. The group has flagged it will look at expanding eligibility to all 12 to 15-year-olds within the next two months.

Jennifer tried to get her daughter vaccinated, and booked in for the year 12 vaccination push being run in NSW at Qudos Bank Arena. But after hours of waiting and despite previously being told otherwise, when it came to Emma’s turn Jennifer was told she could not accompany her daughter.

“She’s had times where she’s had vaccinations before and had a seizure. They didn’t even know what type of seizures she had, so how would they know whether this is just par for the course, or whether, you know, she’s having a reaction to a vaccination?” Jennifer said.

“What then if she had a massive meltdown in there because she’s scared, she doesn’t understand what’s going on, and she doesn’t know where her mother is?”

They ended up leaving, and Jennifer said she will now just have to wait for an alternative way to get her daughter vaccinated.

Professor Curtis said Australia still has the benefit of being able to wait and learn from overseas – there are trials under way in the US on children aged 5 to 12 with Pfizer. Moderna is also looking to start trials on children.

By the time Australia has vaccinated the most vulnerable – older adults, and those with underlying conditions – towards the end of the year, more of that data will be available.

The main issue right now, Professor Curtis said, was for all eligible people to go and get vaccinated as soon as they could.

“That’s the best way we can protect kids at the moment,” he said.