admin August 13, 2021 Sport Comments Off on This coach plans to ensure the netball season from hell ends sweetly and Swiftly 72 Views 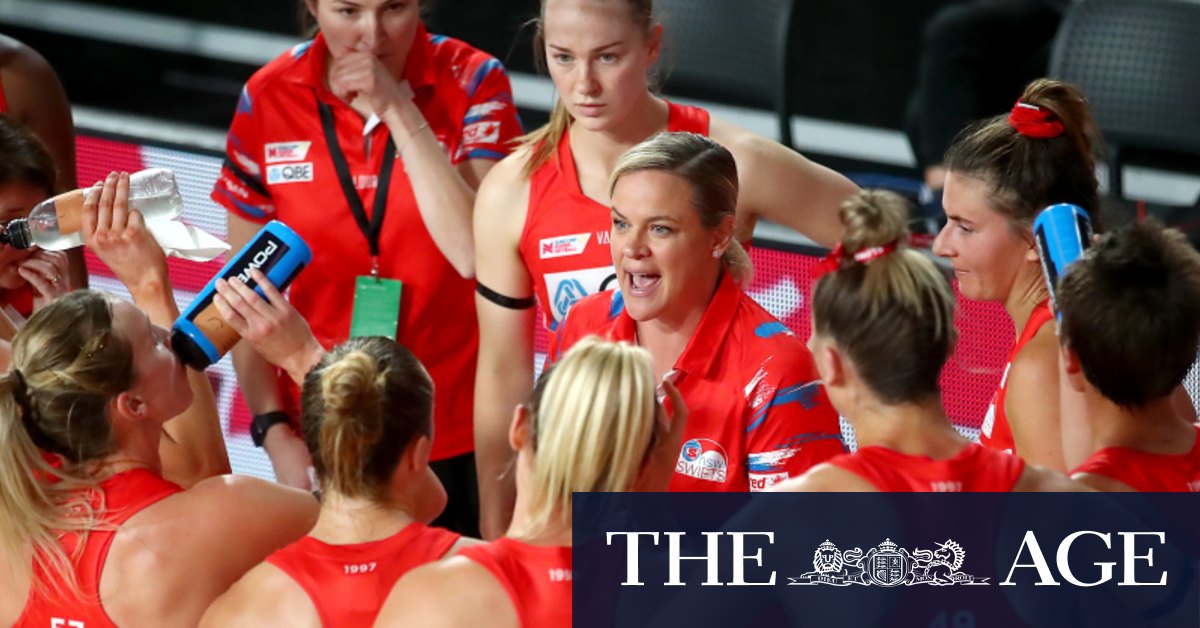 Eventually, she was cleared and made her way to Brisbane, where the Swifts have managed to thrive ever since.

For Akle, her concern is now ensuring the whirlwind will be all worth it.

The Swifts face up on Saturday against their local rival Giants, who are currently sitting top of the ladder. The second-placed team is awarded a second chance if they lose, meaning a NSW outfit will definitely be in the finals.

Despite the fact it might be the Giants instead of them, Akle said both the NSW teams deserve to be in the finals given what they had to endure this year.

“I’ve tried to stay positive. Let’s get the job done and make all the sacrifices worth it,” she said.

Akle said relationships within the group have only been solidified through the experience, with the players bringing comfort to the staff and vice versa.

“One of the things that has probably worked in our favour is that the girls looked for the adventure side of it, rather than just the negative,” she said.

“They were always the ones if we called a team meeting, laughing, going: ‘Right, so which state are we off to today?’

“They’ve just rolled with the punches. They’re just great humans, and a great team to be able to be around in times that are uncertain.”