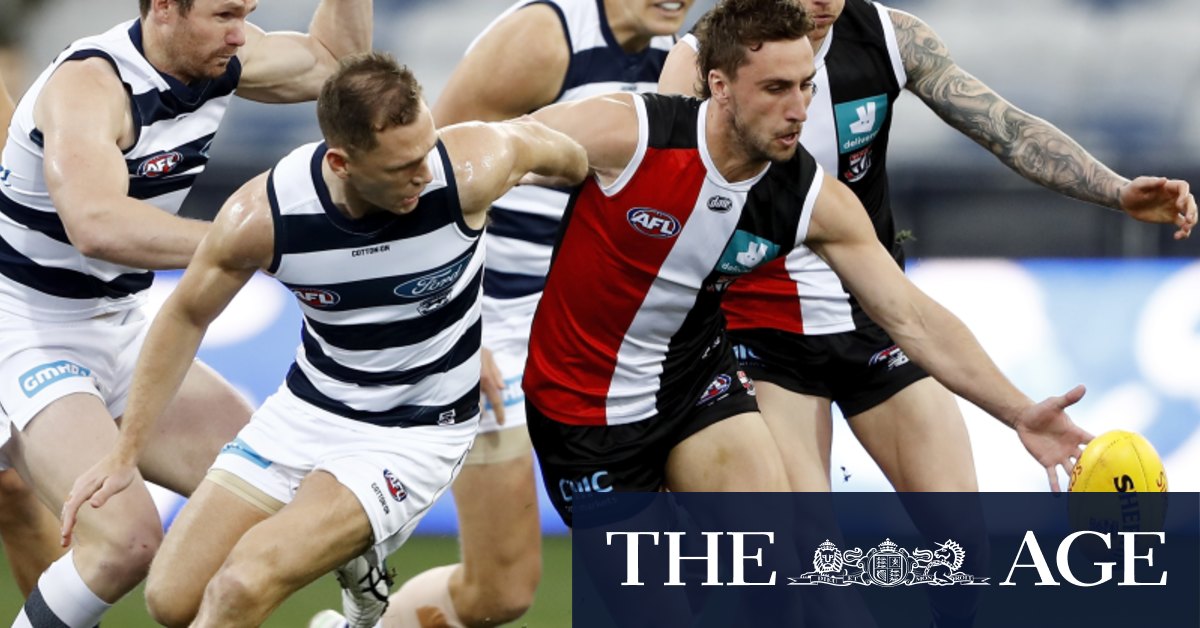 The Saints didn’t wither before disappearing like they did earlier in the season and kept responding whenever the Cats threatened to take control after they hit the lead at the 14-minute mark in the third quarter when Sam Simpson kicked a goal, a slender lead that soon stretched to eight points.

They kept annoying the Cats staying within a goal for most of the final quarter as Dangerfield lifted to will the team over the line. He finished with 24 contested possessions and it was his mark in the goal square late in the match that gave Geelong the gap they needed to control the final four minutes of the match.

The win effectively ends the Saints season while Geelong will look to finish top two if they can beat Melbourne at home in the final round. They will be hoping their three-pronged attack including Cameron, Tom Hawkins and Gary Rohan can be reunited ahead of the finals as they hold the key to the Cats’ flag chances.