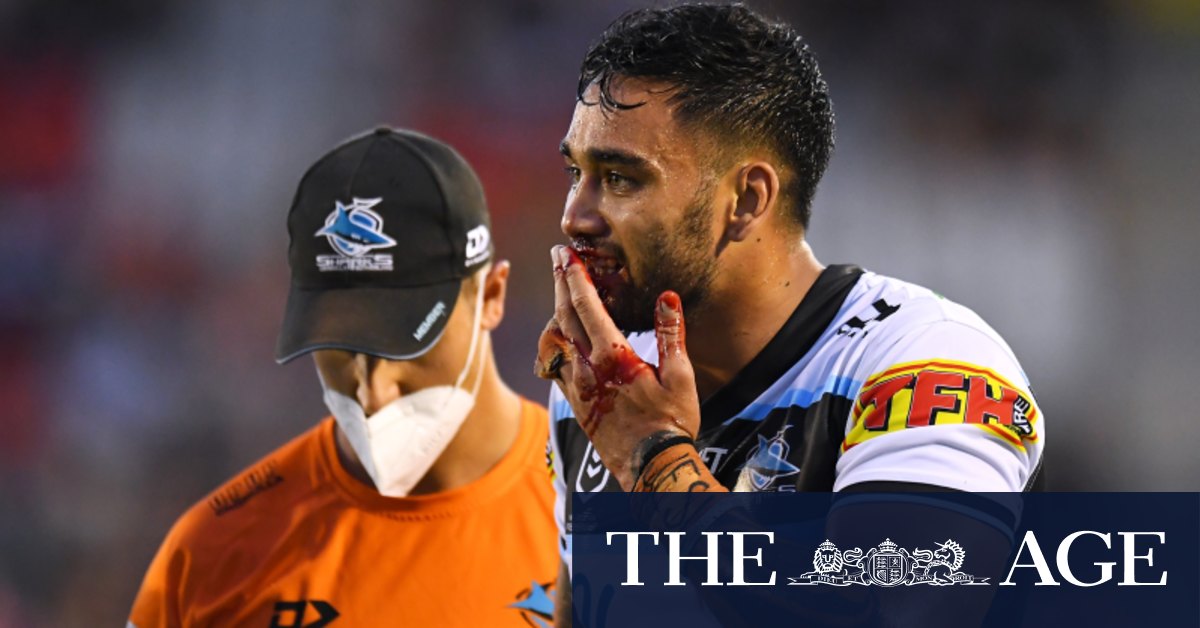 “I don’t think we could have tried harder. I’m devastated, I’ve got a devastated group in there. There were some tough decisions on us today.”

I don’t think we could have tried harder. I’m devastated, I’ve got a devastated group in there. There were some tough decisions on us today

“He was so busy in that second half, particularly in the middle,” he said.

“Everybody is fighting to get into the back end of the eight. It is tough. But we don’t want to look too far forward. We just want to improve us each day.“

The Knights also wrote their own page in the history books by scoring the fastest try of the past three seasons.

The Knights kicked off with the ball hanging in the breeze to put pressure on Connor Tracey.

An error from the Sharks five-eighth handed Newcastle the ball with Enari Tuala making his way through the line to score after just 34 seconds.

The Sharks were quick to answer with a try from Jesse Ramien after 10 minutes but were unable to keep up the effort for the duration, with the side losing key players in the final quarter.

Star winger Ronaldo Mulitalo failed his HIA in the 58th minute and did not return to the field, while Briton Nikora’s mouth poured with blood following a clash. He could only return for the last two minutes of the game.

You wouldn’t blame Sharks coach Josh Hannay for having few answers on how to turn Cronulla’s season around at this late stage.

You also couldn’t blame Hannay if he brought in a strict haircut ruling for his players – similar to Wayne Bennett – following a strange incident with Sione Katoa.

At one point during the first half, Katoa was pushed over the touchline by a group of Knights players before Jake Clifford desperately pointed to the Shark’s distinctive rat’s tail.

Katoa’s braid was sitting on the line, dragged into touch. Luckily for him, a penalty was awarded instead after he was deemed to have been held. The rat’s tail may live to see another day.

The Sharks will be awaiting their charge sheet on Monday after Braden Hamlin-Uele was put on a report for a hit on Connor Watson. Watson was taken off the field for a HIA following the high tackle but later returned to the field.

The Knights also may find themselves with some woes, with star duo Ponga and Mitchell Pearce both clutching at their shoulders at times. Daniel Saifiti also hobbled off the paddock due to a knee injury with O’Brien confirming post-match he would likely be out for a number of weeks.