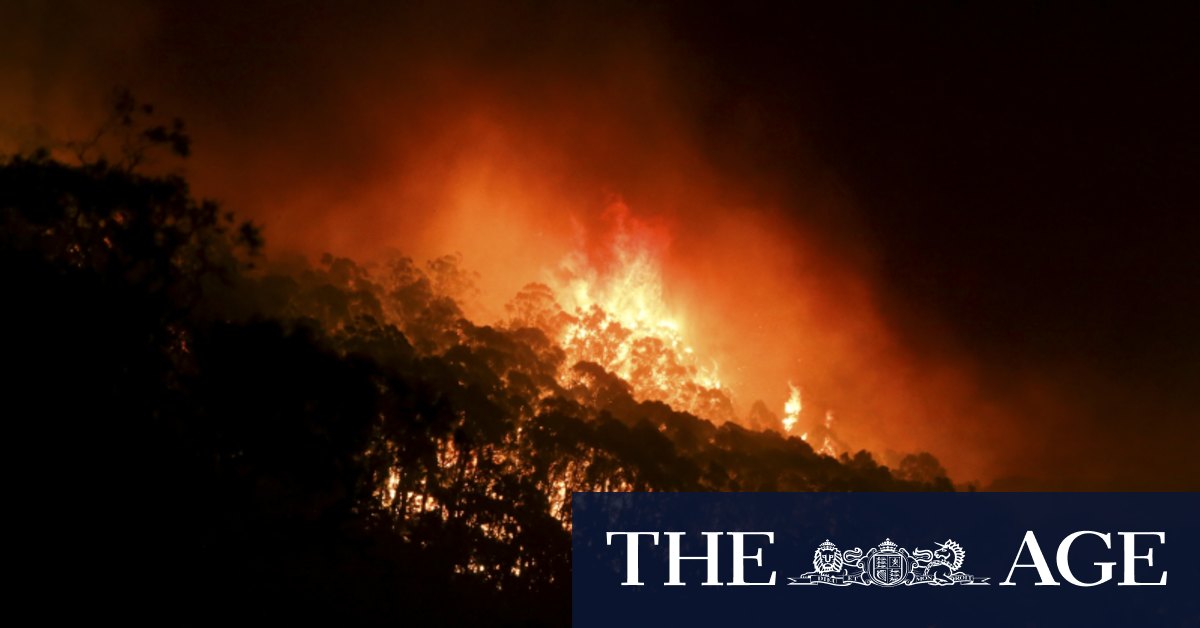 While summers with above-average rainfall will become more likely because for each degree increase in air temperature the atmosphere can hold seven per cent more moisture, extra rain won’t wet the landscape and reduce fire risk, Professor Howden said.

Winter rain in southern Australia evaporates less than in summer, which soaks into the soil and stays in the landscape for longer to reduce aridity when hotter weather hits, he said.

“We’re losing our useful rainfall (in winter) and gaining not very helpful rainfall in summer. That summer rainfall is inherently very variable and it’s not particularly useful in terms of changing the moisture profile in the landscape because most of what rain does fall evaporates fairly quickly in summer,” Professor Howden said.

“Those wetter years generate large amounts of fuel and then in the dry years, that will form as (forest) litter, and it will become extremely dry and very flammable, so that variability can actually drive the in predisposing factors for really big fires.”

With the world tracking for 2 degrees of warming or more, the other Australian IPCC lead author, Professor of Climate Change, Roshanka Ranasinghe, said in that scenario there are dozens of what’s known as climate impact drivers that will play out. Professor Ranasinghe, from the IHE Delft Institute for Water Education, said “we have high confidence that 11″ of those scenarios will hit Australia such as rising temperatures and extreme heat.

Meanwhile, a study by CSIRO and Bushfire Co-operative Research Centre has found a uniquely dangerous weather system that spews hot, dry air from the interior across eastern Australia like a fire hose could occur up to four times more often by 2100 if greenhouse emissions continue unchecked.

The system occurs when a low-pressure system races northwards from the Southern Ocean and collides with a high-pressure system on the NSW coast. The two systems rotate around each other and suck hot, dry air from inland Australia out towards the coast, resulting in high and dry westerly winds that can run for days.