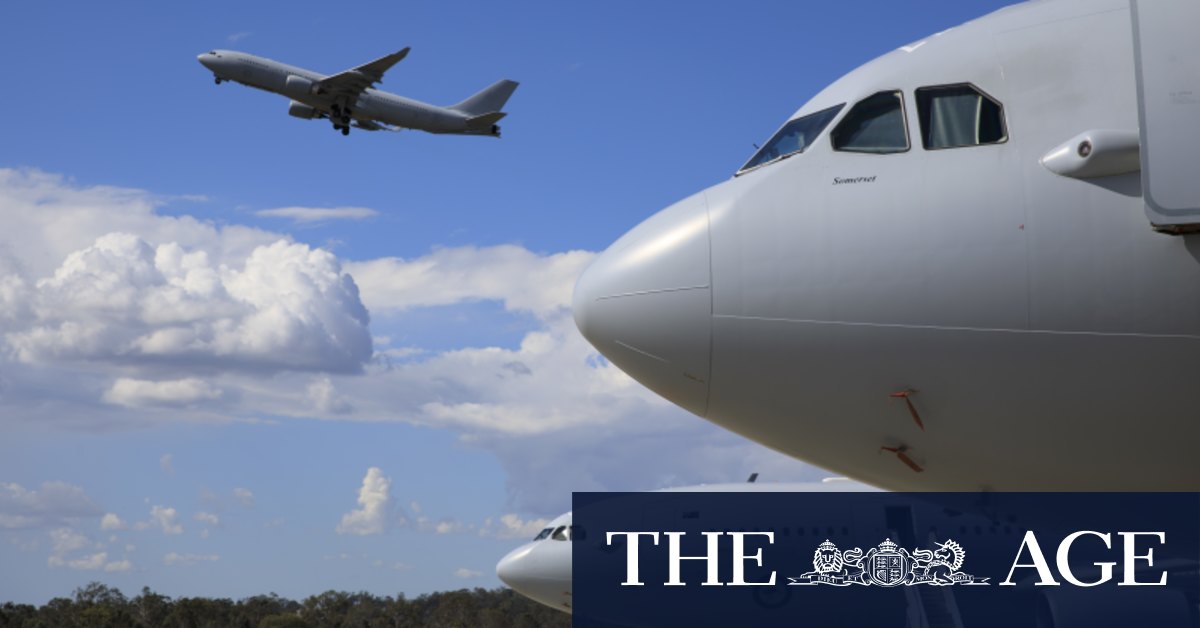 Earlier, US forces soldiers were forced to fire shots in the air to prevent thousands of desperate Afghan civilians from trying to board military flights out of Kabul.

The United States lowered its flag on its embassy in Kabul and relocated most of its staff to the city’s airport. The US is looking to secure one end of the airport and take over air traffic control to enable civilian and military flights to depart safely.

The difficulty in securing landing spots at the airport and the rapidly changing security situation is holding up the Australian soldiers from being deployed, according to multiple government and defence sources.

The US State Department said the American military presence will increase to almost 6000 troops within 48 hours, adding their only mission was to help Americans and other allied personnel depart the country.

“We are completing a series of steps to secure the Hamid Karzai International Airport to enable the safe departure of US and allied personnel from Afghanistan via civilian and military flights,” the Pentagon and State Department said in a joint statement.”

Michael Shoebridge, director of the defence program at the Australian Strategic Policy Institute, said the ADF has a very large airlift capability to move people at speed, but Kabul airport was not designed for such large-scale operations by multiple countries. “It would have been scaled for the normal operations of the last 10 years, not for the intense accelerated demands of what we’re seeing now,” he said.

Mr Shoebridge said the Australian government and its agencies would have to answer why they did not transfer the applications of Afghans more quickly in recent months to resettle them in Australia. “This is a symptom of a wider problem for our government and agencies – it needs to act with the pace that the environment demands,” he said.

Phil Glendenning, president of the Refugee Council of Australia, said reports out of Kabul suggested that people had begun providing information to the Taliban about individuals’ links to foreign governments so that they could keep themselves safe.

While interpreters who worked with Australian forces during the decades-long conflict have been most prominent, there are also hundreds of other Afghans who had links to the Australian government through aid, development and security work.

“We’re very concerned about people who have worked with the Australian government,” Mr Glendenning said. “I hope we haven’t left it too late. If we have, that would be on the head of this government forever.”

Mr Morrison, Mr Dutton and Senator Payne said Australia was in close contact with the US, Britain, Canada and other allies.

“As a partner committed for many years to helping Afghanistan build its future, we are deeply concerned at the potential for further loss of life and suffering,” they said.

“The Taliban must cease all violence against civilians, and adhere to international humanitarian law and the human rights all Afghans are entitled to expect, in particular women and girls.”

Previous Small businesses float a national rent relief plan for economic recovery
Next ‘They belong in the eight’: Essendon deserve a finals spot

‘Markets are moving’: Frydenberg says Australia cannot be left behind on net zero by 2050

Loading “It’s a long-term shift, not a short-term shock. “The world signalled its ambition when …