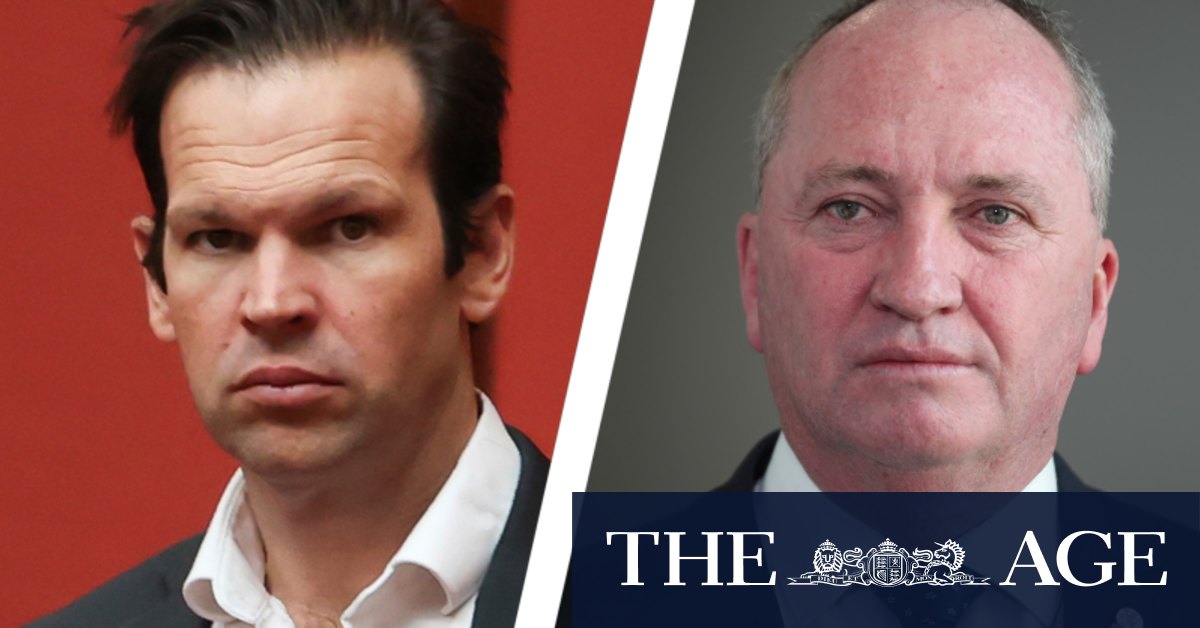 Mr Chester, who held the veterans’ affairs and Defence personnel portfolios for 3½ years, has spent the past few days on Twitter urging veterans and serving ADF members to reach out to their mates and seek help if they’ve been struggling with the news of events in Afghanistan.

“Matt Canavan doesn’t speak for me. This tweet is offensive, disrespectful and totally lacking in any compassion for the 41 brave Australians who lost their lives, the families who grieve for them, the 39,000 Australians who served in this conflict, and the people of Afghanistan,” he said.

Mr McCormack said the comments were “disappointing, insensitive and unnecessary” and “unworthy of a member of the Australian Parliament” on a day when thoughts should be with the Afghan people and the families of Australia’s “brave fallen Diggers”.

But Senator Canavan doubled down on the comment when contacted by this masthead, saying it “was meant to provoke”. He said anyone watching events in Afghanistan over the past week or so would have known what was coming.

“I don’t think we’ll honour the sacrifice people made in Afghanistan if we don’t take a serious look at what went wrong here,” he said. “In my view, one of the things that has gone wrong is we have been far too focused on First World problems like diversity and inclusion rather than industrialisation and defence.

“I do think we’ve got to shake the cage a bit here because last week we were all focused on this spin from the IPCC while 20 years of Western foreign policy disappeared.”

A report from the United Nations Intergovernmental Panel on Climate Change (IPCC) last week found the world is likely to be heated to 1.5 degrees or more above pre-industrial levels by 2040 even under the most ambitious emission reduction scenarios.

“This tweet is appalling, disgraceful and an insult to all of our brave defence personnel and veterans who served and died in Afghanistan, their families and to the people of Afghanistan,” he said.

It’s the second time in a week Mr Joyce has had to counsel one of his party room supporters. Outspoken backbencher George Christensen angered MPs on both sides of politics last week after he made a speech calling to “end the madness” of coronavirus lockdowns.

Previous Bendigo disappoints markets as margins come under pressure
Next One-fifth of WA women in mining have been sexually assaulted, survey reveals