Breaking News
Home / Sport / ‘He has a real aura about him’: Rugby community rally around Wallabies great Kefu

‘He has a real aura about him’: Rugby community rally around Wallabies great Kefu

admin August 16, 2021 Sport Comments Off on ‘He has a real aura about him’: Rugby community rally around Wallabies great Kefu 23 Views 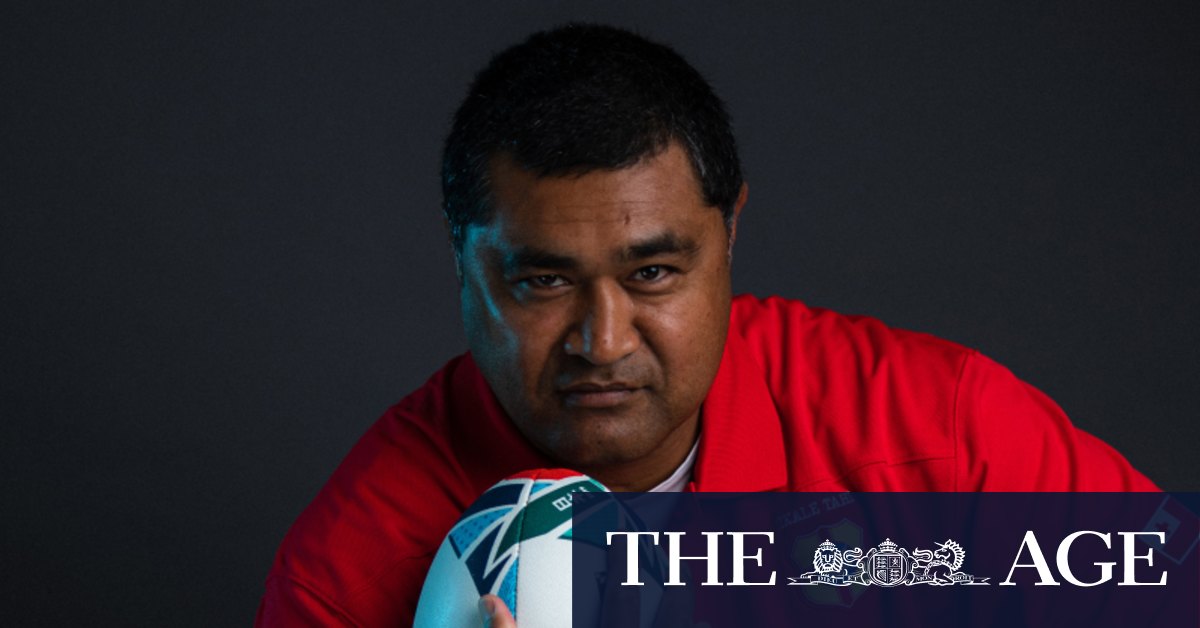 “He’s been a real leader in the community.”

Nick Stiles was a Souths junior alongside Kefu. He told the Herald Kefu’s greatest quality was his ability to relate to anyone and everyone.

”He has a real aura about him, but he could be sitting in a bar with a CEO of the top company in Australia, and he would get on really well with him but at the same time, be sitting next to a bloke who doesn’t have a dime on him and get on just as well,” Stiles said.

“Everyone is so attracted to him because he’s always so genuine in his interest in you, who you are and your background. He’s got a lot of friends throughout the whole rugby community who will be there to support him and his family.”

Sonny Bill Williams and Quade Cooper led the chorus of the new generation of players to throw their support behind Kefu.

“Thoughts and prayers are with my Tongan brother Toutai Kefu and his family,” Williams wrote on Twitter.

“Prayers for Kef and his family after they were senselessly attacked in their home,” Cooper said.

One of Kefu’s greatest opponents, All Blacks legend Tana Umaga, echoed the support shown by Williams and Cooper.

“Thoughts and prayers are with Toutai and his family! Hang in there big man!” Umaga said on Twitter.

“They better hope the police find them before the Brisbane Tongan community do…. My thoughts & prayers are with Toutai & his aiga,” Salakaia-Loto said.

Police have arrested two 15-year-old boys from Goodna and Springfield Lakes in relation to the attack. A third suspect, also believed to be a male juvenile, remains on the run.

The Goodna boy, allegedly armed with a knife, was restrained at the scene by Kefu’s neighbours, while the Springfield Lakes boy was arrested when he went to the Princess Alexandra Hospital.

The Goodna boy has been charged with four counts of attempted murder, three counts of assault causing grievous bodily harm and one count each of unlawful use of a motor vehicle, break and enter, burglary and deprivation of liberty.