‘Playing on Eddie was so tough’: Betts to retire after 350th game

admin August 16, 2021 Latest News Comments Off on ‘Playing on Eddie was so tough’: Betts to retire after 350th game 17 Views 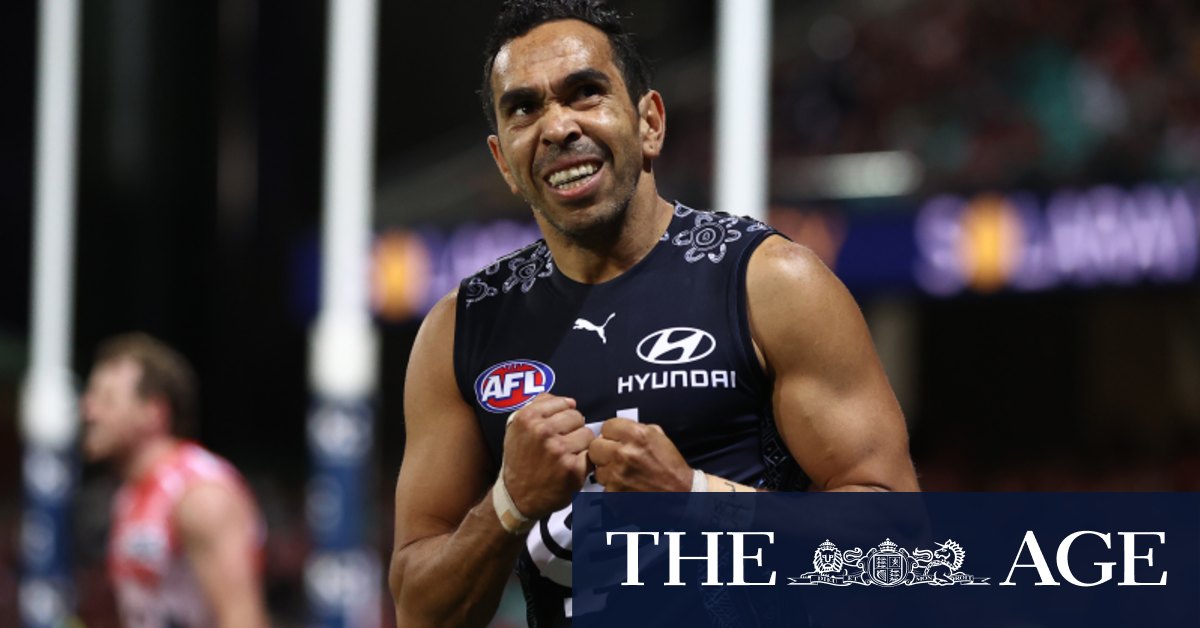 “The one thing I always really admired about Eddie was even if I did have good games against him, and I was on top … other forwards can go into their shell and blow up at teammates and become a bit selfish. And the thing that stands out about Eddie, more than anything else, is his ability to still contribute when I was on top; helping out his teammates, directing young guys.

“Playing on Eddie was so tough. You could be on top of him for say three quarters and another 20 minutes of another quarter, and he could take the game away from you.

“I think another one of his strengths was his ability to score goals in a variety of ways. He’d kick freak goals which you couldn’t stop sometimes, but his ability to get on the lead was underrated. He was good at stoppages, he was good at crumbing. He had these different avenues where he could kick goals. I certainly always tried to get him further up the ground and not let him close to goal.

“Sitting in that pocket at the Adelaide Oval, gee whiz, you were treated to some pretty good stuff.”

“So much respect for this man. I hope he continues to be a voice of reason to the community,” Cox wrote.

Betts was reflective and grateful when he confirmed his impending retirement on Instagram.

“Thanks for sticking by me through the highs and lows,” he wrote.

“I hope at some point in my career I was able to put a smile on your face. If I did, I’m happy and my work is done here.

“Thank you to @carlton_fc & @adelaide_fc clubs, fans, especially staff, coaches and players and their families and all fans of our game. To all the people who played a part in my career, it could never be done on my own.

“My family, back home for teaching and raising me that it’s always important to look out for others and be selfless in the way we go about things. We will only get better if we look after each other. You got me here,” he continued.

“To Anna & the kids. Words can’t really explain the love and inspiration I get from you all.

“Looking forward to seeing you all come with me on the next ride.”

“He has had a significant impact both on and off the field throughout an unbelievable career, of which I’m honoured to have been a part of, both as a teammate and a coach,” Teague said.

“To have him impart his experience and wisdom on to our younger players over the last two years has been great for our entire group.

“Eddie is loved by everyone, whether you’re a Carlton person or not, that tells you all you need to know about the mark this man has left on our game.

“On behalf of everyone at the Carlton Football Club, we wish Eddie all the very best.”

We need to protect our future generations

Scott Morrison has gratefully grasped an idea to take Australia’s mind off the COVID-19 debacle. …