‘They belong in the eight’: Essendon deserve a finals spot

admin August 16, 2021 AFL Comments Off on ‘They belong in the eight’: Essendon deserve a finals spot 67 Views 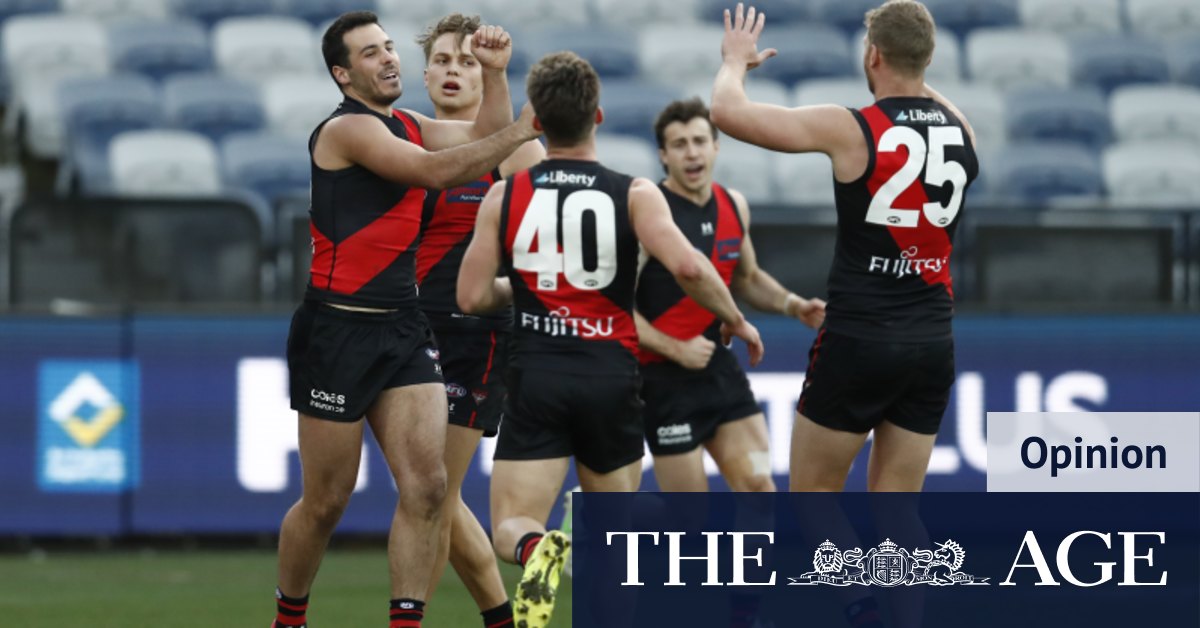 Essendon are in the eight and could even hold on to their spot if they lose to Collingwood in round 23.

This week on the Real Footy podcast, Michael Gleeson, Jake Niall and Sam McClure talk the exciting Bombers, who are playing with resolve and resilience and exceeding expectations in 2021. Their success reflects well on their coaching, system and game style in Ben Rutten’s first year in charge on his own.

GWS are playing like they deserve a spot themselves, but there’s stiff competition for the last two places in the eight. How far can they go if they make the eight? Elsewhere, one team is showing they don’t deserve a spot in the finals. Do the Eagles need a review? Have they been more disappointing than the Blues this season?

The top four is not set in stone either, and it seems the run to the premiership will come down to momentum. The Demons are playing well but not exceptionally, though they could win the minor premiership. Should they be flag favourites? The Cats will be without Tom Stewart heading into September, a big loss but one that could be mitigated depending on their opponents. The Bulldogs have looked listless in recent weeks and have selection questions heading into the finals. Will they keep their top four spot, or concede it to the Lions?

Also this week, we discuss where the grand final could – and should – be played. How important is it to have crowds? Will the broadcaster’s preference play into any decision? With the potential for snap lockdowns all around Australia, including in WA, there’s no certainty for the AFL.

Meanwhile, Carlton put on a “putrid” performance against Port Adelaide that symbolised their time under David Teague – unable to halt opposition momentum or take advantage when they have the run of the game themselves. Change is under way at Carlton, but with a game left this season, how will the Blues perform in what is set to be Eddie Betts’ last game? Plus, we pay tribute to Betts, who has been a much-loved figure on and off the field and brought joy to so many Australians. We salute his leadership and his contribution to anti-racism while dealing with racist abuse himself.

Plus, the goal Serong it was right, despite a Harmes-like build-up, the future of footy in Tasmania and much more.