‘It sucks’: Scarlett’s message to Cats after Stewart injury

admin August 17, 2021 AFL Comments Off on ‘It sucks’: Scarlett’s message to Cats after Stewart injury 23 Views 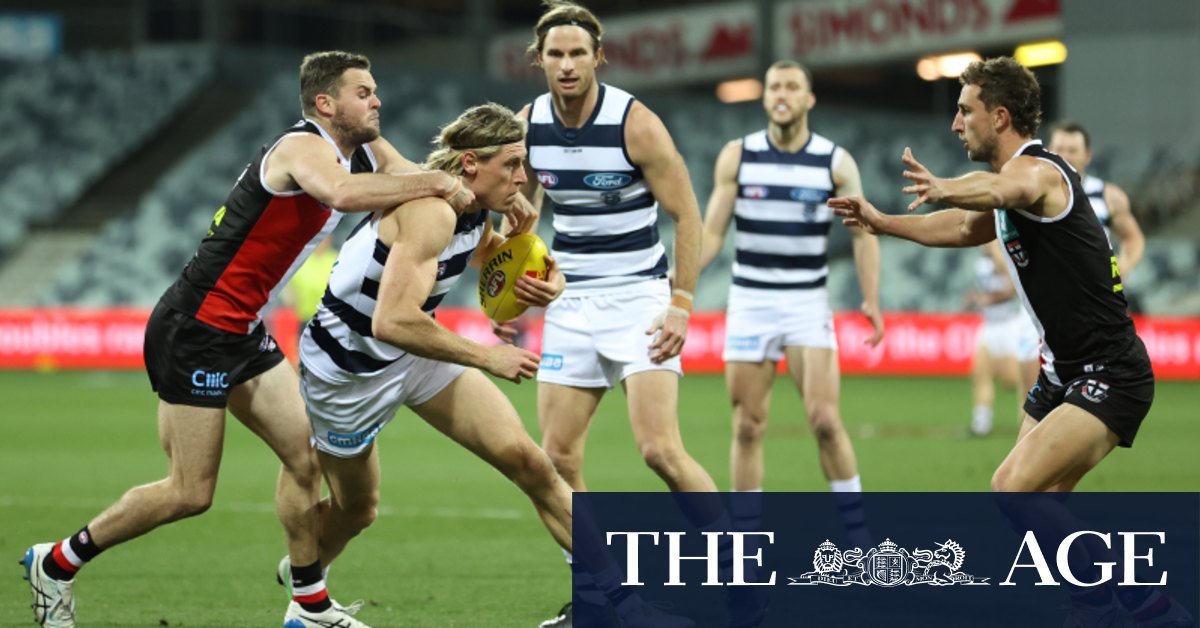 Stewart was replaced by Sam Simpson on Saturday but fellow defenders Mark O’Connor, Jack Henry, Jed Bews and Blicavs are among those now with greater responsibility in ensuring the Cats maintain what has generally been a miserly defence.

Blicavs also said midfielders Cam Guthrie, Sam Menegola and Isaac Smith will be used to help generate the controlled rebound from half-back that Stewart is renowned for.

“As we always do, we demand that everyone comes back and help with D50. The wingers, Menegola and Isaac Smith, have done it really well, and ‘Guth’ by foot back there, too,” he said.

“I don’t think it’s one player that can step up dramatically. I think a lot of players will need to fine-tune a bit and focus on a few other things to help us do it together.”

The scrapping of the pre-finals bye has sparked selection intrigue across the league because, for instance, it means the Cats’ elder statesmen will not have the week off they had been planning for ahead of a qualifying final.

This could lead to players being rested this weekend, particularly if there is no incentive for a home final if the finals series is shifted interstate because of Melbourne’s lockdown.

The Cats have one of the older, more experienced line-ups, but Blicavs said they would just have to “roll with” the latest change.

What it also means is that Zach Tuohy (hamstring), Gryan Miers (leg), Tom Atkins (back) and Mitch Duncan (PCL) have less time to heal before the finals.

Blicavs hopes to celebrate his 200th match with a victory which secures top spot for the Cats and denies the Demons, two points clear, a finish they have not enjoyed for 57 years.

A former middle-distance runner and steeplechaser, who attempted to qualify for the 2012 Olympics, Blicavs, 30, has become the “everywhere man” of the Cats’ side, for he can handle any role in defence, is used in the ruck and has a tank that can match the best midfielder.

What he now craves is a premiership, and the Cats are as well-placed to achieve that as they have been at any stage of his career.

“It would be amazing … as I have gotten older, as I have more years in the competition, you understand how special these moments are,” he said.