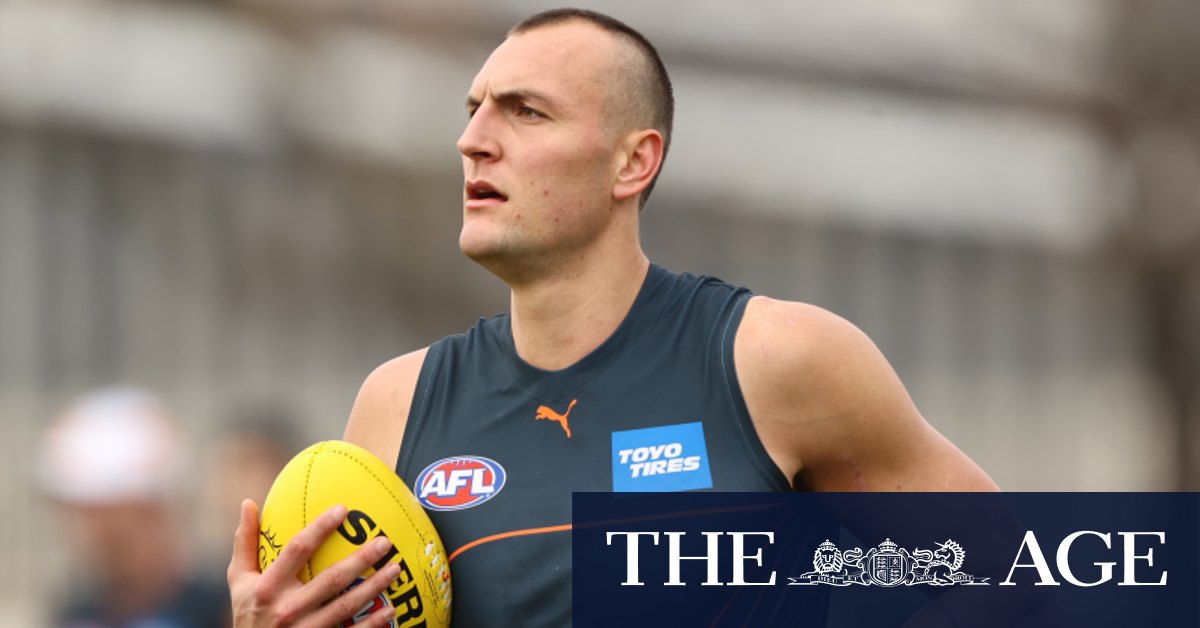 “We’ve got that decision with Preuss and Briggs, whether we play both of them. The good thing about it is we’ve got some options.”

If selected, Preuss won’t be the only inclusion – the Giants will welcome back Toby Greene from his one-match suspension, while Davis and Coniglio are also on the periphery after taking part in a 12-on-12 scratch match against Richmond’s reserves at the weekend.

It was Coniglio’s first run since a toe injury that the Giants feared would end his season, with the medical sub role shaping as one possible way to bring him back into the AFL fold despite his compromised form and fitness.

“He’s sort of started to turn a corner,” Cameron said. “It’s just whether or not we think he’s ready to go. That’s a real good positive because a week ago, it wasn’t looking as strong.”

Cameron, however, was more circumspect on Davis, who is fully fit but hasn’t been able to break into GWS’ best 22.

“Our back line have been playing some really good footy. He’s been injured and then all of a sudden he comes back and couldn’t get in,” he said. “He’s putting his name forward. It’s going to be a hard back line to change.”

Although the Giants are expected to sweep aside the Blues this weekend, Cameron acknowledged the retirement of Eddie Betts would give Carlton an emotional impetus to recover from an embarrassing 95-point defeat to Port Adelaide.

“My take is you acknowledge these guys with your best performance. That’s what we have to do,” he said.

“He’s been a super player not only for Adelaide and Carlton but the way he conducts himself off the field as well, and he’s an unbelievable leader. We need to make sure on Saturday night we need to play our best footy because clearly they want to play their best footy for Eddie, and so they should.”