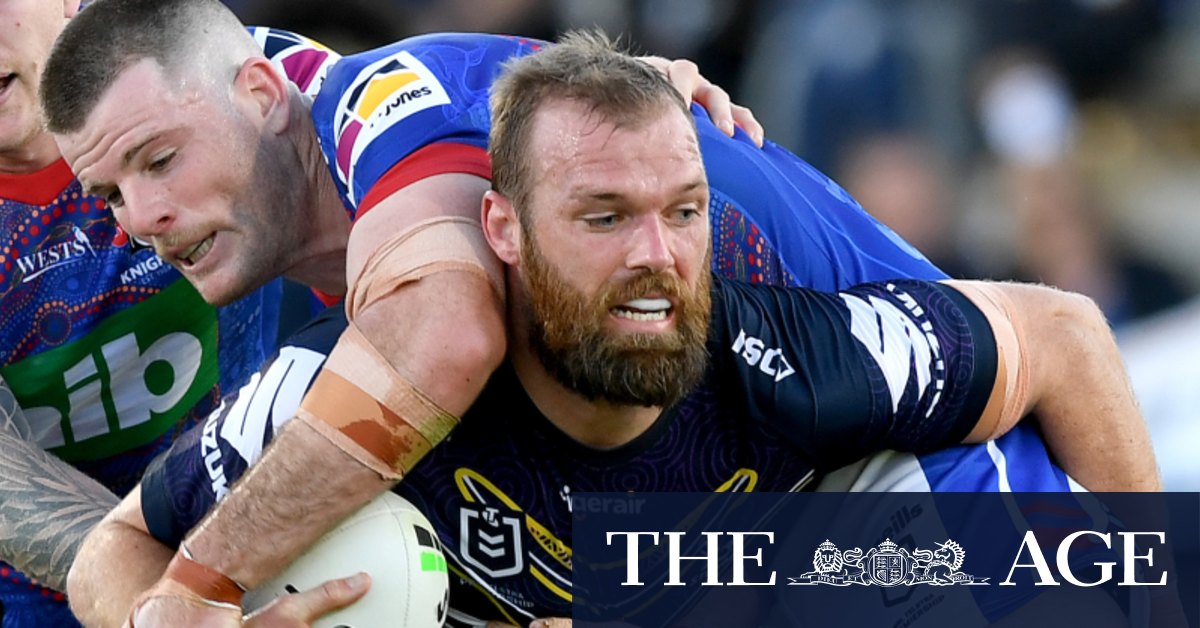 Tom Eisenhuth, the last player to suffer a fractured larynx during an NRL regular season game, has assured Andrew Fifita it is possible to return from the horrific injury as he recalled his own life-threatening incident.

On the eve of Melbourne’s bid to equal the top grade record of 19 straight wins, set by the Roosters in 1975, Storm forward Eisenhuth has delivered a message of hope for Fifita, who remains in a Brisbane hospital recovering from a blow to his throat that threatens his career.

Paramedics rushed the panicked Sharks forward to hospital on Sunday night after his airway started closing following a seemingly innocuous knock from Knights prop David Klemmer in the second half of Newcastle’s narrow win. Fifita was later placed in an induced coma to reduce the swelling and help his breathing.

Eisenhuth suffered a very similar injury when making his Storm debut in round one of 2019 – more than six years after his first and only NRL game at the time – when Brisbane’s Jamayne Isaako accidentally struck his throat trying to protect himself in a tackle.

Eisenhuth played out the final few minutes of the game, but noticed after full-time his voice had changed and then realised something was wrong when he was coughing up small amounts of blood at a team dinner later that night.

“I was there trying to eat, but found it really hard to swallow food,” Eisenhuth said. “I wasn’t able to talk well, my breath was a bit wheezy. There were steaks and I thought, ‘I’ve got no chance of doing this, so I’ll have a go at the sweet potato fries’. But I didn’t even [eat those].

“I think at the time I was a bit naive about how close a call it actually was.”

“My doctor [Jason Chan] said, ‘We can hope for the best, get you home and you might have a good night’s sleep, or we can take you to the emergency room and get it looked at’. What they told me later when they scanned it, they couldn’t actually see where the air was getting through, so they were quick to put me in that induced coma.

“I think at the time I was a bit naive about how close a call it actually was.”