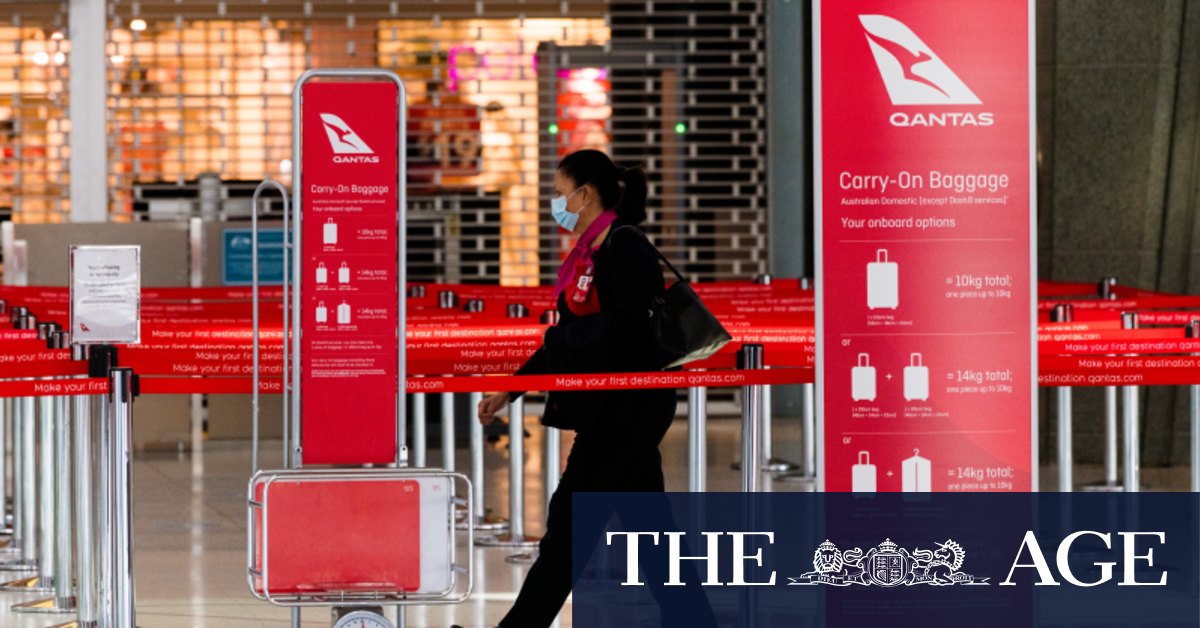 Employers are allowed to issue reasonable directions to their staff, which could include requiring vaccinations, and Qantas has cited the long distances its personnel travel, the number of people they interact with and essential nature of much of its work to justify its move on safety grounds.

The airline hasn’t decided yet whether it will also require passengers to get vaccinated on domestic flights.

Unions quickly objected to Qantas’ plan, saying its promise to consult after making its announcement was backward. “An employee should not have to decide between a jab and a job,” said

As the Qantas news broke on Wednesday morning, unions and employers were meeting with Attorney-General Michaelia Cash and regulators to discuss the workplace rollout.

On issues including indemnities for the side effects from workplace vaccination and which businesses are allowed to require jabs, Australian Chamber of Commerce and Industry chief executive Andrew McKellar said businesses did not get the answers they need.

“We need some leadership on it from government,” Mr McKellar said. Australian Resources and Energy Group boss Steve Knott was similarly critical, saying there had been political paralysis.

“No one wants to take on the tough issue of, if safety is first, what do you do with the vaccine-hesitant cohort within a workforce?” Mr Knott said.

Ai Group chief executive Innes Willox said the meeting cemented his view that employers would need to get their own legal advice and choose for themselves whether to mandate jabs.

“It will not be surprising if more businesses that are public-facing or have workers in close proximity announce decisions to mandate vaccinations over the months ahead,” Mr Willox said.

In the meeting, two sources said Senator Cash had cast doubt on the prospect of a wide range of businesses from hospitality to retail being allowed to mandate vaccines under current law.

She said in a statement the meeting had been positive and co-operative as unions and businesses agreed the goal was to vaccinate as many Australians as possible against COVID-19.

In a survey of 12,000 Qantas staff, 89 per cent said they had received at least one coronavirus vaccine dose or planned to get one, which Qantas has encouraged with paid vaccination leave. About three-quarters of Qantas staff supported requiring all colleagues to be vaccinated.

Australian Council of Trade Unions secretary Sally McManus said the survey data showed that Qantas’ staff were already eager to be vaccinated and only waiting on supply.

“By bringing out the big stick, actually this is a recipe for conflict where we don’t need conflict,” Ms McManus said in an argument the unions say is true for the entire economy.

Ms McManus said the unions would now reach out to employer groups to try to find common ground on issues like paid vaccination leave.