By law, employers can issue ‘reasonable’ directions to workers. Will a compulsory COVID jab qualify?

admin August 19, 2021 Federal Politics Comments Off on By law, employers can issue ‘reasonable’ directions to workers. Will a compulsory COVID jab qualify? 61 Views 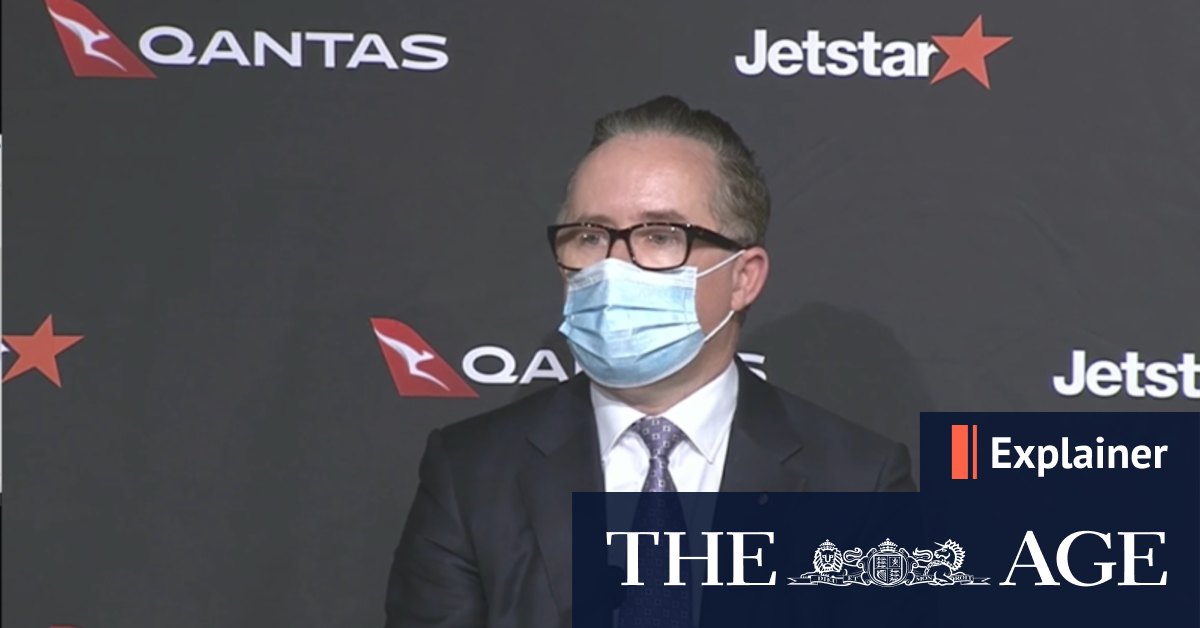 That leaves the issue live.

All that most business and workers can go on are the general principles in employment law. Employers are allowed to issue “lawful and reasonable” directions to their workers. They have to take “reasonably practicable” steps to keep staff safe.

Both of those could be used to mandate vaccines but it all hinges on just what is “reasonable” for a particular business, in a particular place, at a particular time. All the guidance from the industrial regulators, ultimately, comes back to that.

The concept of “reasonableness” seems key. What does it mean?

No more than it says on the tin. The advantage is that it allows courts and tribunals to tailor rulings to an individual business so that office workers who are perfectly productive at home in Adelaide don’t have to be treated the same way as miners operating in close quarters in the Hunter.

The downside is that legal minds can do no more than make an educated guess about how the test will apply to a given situation.

When the courts are looking to see whether a business’s decision to mandate a vaccine complies with the law, they will look at things such as how easily staff can socially distance (harder in a childcare centre) and where the business is located (safer in Perth than Melbourne). Vulnerabilities among the firm’s customers (aged care providers are a prime case) matter, too, as does the availability of vaccines.

It’s on the basis of such factors that the Fair Work Ombudsman has broken down businesses into these four tiers, from those most likely to be able to mandate vaccines:

Are there ways of cutting through this legal thicket?

Yes. Public health orders mandating vaccines, which have so far been used only very sparingly – such as for construction workers from a small number of council areas in Sydney, and aged care workers – generally trump industrial law. On August 20, the NSW government revealed it planned to use a public health order to require jabs for all health workers, with first jabs from September 30.

But even public health order mandates are easier said than done. Despite agreement by national cabinet in June to require aged care workers – a priority group for jabs since the start of the rollout – to be vaccinated by September 17, less than half have been fully vaccinated so far.

Some states have not yet put in place the actual orders requiring vaccinations and the federal Department of Health has flagged that there could be exemptions for regions where vaccine supply is thin.

As well as public health orders (yes, public health orders are also used for lockdowns) employers and unions can include rules on vaccinations in the collective pay deals that cover about 2 million workers, or in individual contracts. It’s also much easier for firms to require that new hires be vaccinated than existing staff because they don’t have the same protections that employees do at that stage.

These could all be issues, especially if employers don’t offer exceptions to staff with legitimate complaints.

Advice from the solicitor-general, Stephen Donaghue, QC, provided to Prime Minister Scott Morrison indicates that requiring staff to be vaccinated is unlikely to be discriminatory because state and federal law protects only certain characteristics, such as sex and race. Vaccination status itself is not directly protected.

But discrimination doesn’t have to be direct. If a person is disadvantaged by a vaccination mandate in a way that can be traced back to a protected characteristic they may be able to make a complaint.

But that isn’t the end of the matter. Emily Howie, legal director at the Victorian Equal Opportunity and Human Rights commission, said in mid-August that there are additional thresholds. “For discrimination, the test is whether it’s reasonably necessary to keep the workplace safe,” Howie said. “And for the [Victorian Charter of Human Rights and Responsibilities], if it’s a human rights issue, whether it’s necessary and proportionate to impose that vaccine requirements on employees.”

Businesses, though generally only those with more than $3 million in annual revenue, are also limited by privacy laws if they want to ask for vaccination status. Employees have a choice about freely consenting, and the collection of the information has to be “reasonably necessary” too.

What are governments doing about it?

Not much so far, though as the NSW government decision to require jabs in hospital staff showed, that could change quickly.

Instead, they have left the political hot potato up to individual businesses, on the basis that the law as it stands is robust enough to let the businesses that have a good case to mandate jabs do so already.

With unionists opposed to mandatory vaccinations outside what health professionals deem absolutely necessary, and conservative Coalition MPs raising concerns about religious and general “freedom” objections, state governments and Labor have also been wary of entering the debate.

For instance, when asked by a journalist on August 17 whether Labor supported mandatory vaccinations, party leader Anthony Albanese did not answer directly, instead repeating his concerns about supply.

So if the government isn’t getting involved, who will sort out disputes?

That will likely fall to the Fair Work Commission. It’s not the same as the Fair Work Ombudsman; the ombudsman brings matters such as underpayment cases to court, whereas the commission is a tribunal that decides employment disputes. Workers sacked for refusing a jab may be able to bring an unfair dismissal case to the commission, but things aren’t likely to end there, or even only start there. The Federal Court might end up hearing disputes and Human Rights Commissions might have a role in helping resolve disputes, too.

In each case, the courts are unlikely to just look at the vaccination mandate itself. Issues such as whether the employer consulted with staff and unions and looked to redeploy a worker who refused a vaccine to other roles are also likely to be relevant.

On August 18, when Qantas boss Alan Joyce announced his company’s policy, he made clear the bottom line. “If other employees decided that they’re not taking the jab, then they’re deciding, I think, that aviation isn’t the area for them,” Joyce said.

Previous That croak you hear? It could be the sound of extinction
Next In this Afghanistan moment, compassion must trump political risk