Lentil as Anything fundraises for wages, rent as Thornbury outlet faces eviction

admin August 20, 2021 Victoria News Comments Off on Lentil as Anything fundraises for wages, rent as Thornbury outlet faces eviction 60 Views 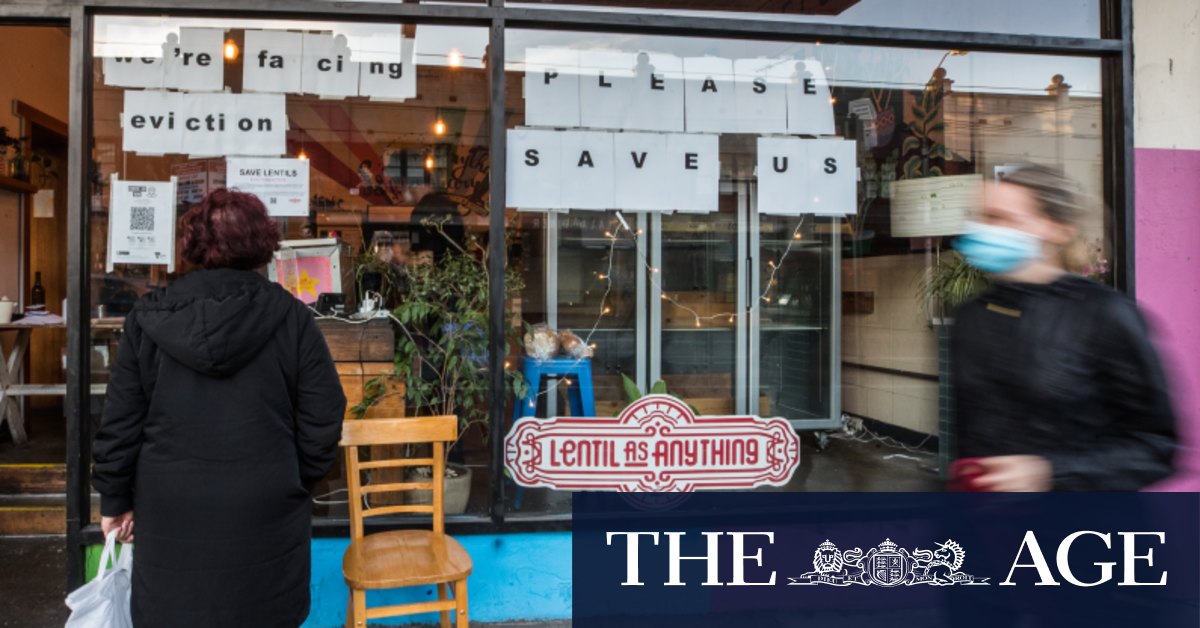 Ms Evans had previously told The Age the organisation had been in a “very awful, tricky situation” with a “lack of expertise or capacity to meet regulatory deadlines”.

She has been replaced by new chairperson Alex Pavlotski.

Its GoFundMe pitch said “in light of recent negative press” it had reached out to the charities’ regulator “to ensure we are compliant with their legislation”.

“We are currently working closely with them on processes to make Lentil as Anything even more transparent.”

Donations to the fundraiser will go towards outstanding wages, rent and supplier bills.

Last year Lentil as Anything was subject to regulatory action from both the Fair Work Ombudsman for wage underpayment and the Australian Tax Office for a large unpaid superannuation bill.

It raised at least $373,000 to meet those obligations and at that time claimed that the pandemic “threw a spanner in our organisational model”. But its own financial accounts from before coronavirus appeared show it was already on the brink of insolvency.

There have been years of board upheaval and Mr Fernando, a former bankrupt, has been accused of serious misconduct after he allegedly used the charity for personal financial gain and misused government grants.

The Age reported in May that a forensic accounting report – commissioned by a previous board – alleged that $11,279 of the registered charity’s money might have been improperly used on a range of Mr Fernando’s private expenses, including paying his electricity, water and gas bills and travel. Mr Fernando denied all claims and accused the former board of wanting to “denigrate” him and Lentil as Anything.

“My character is my only asset that I have and it’s sad that that was attacked,” he said this week.

The report found that record-keeping was so poor that it was unable to determine conclusively “for or against improper or illegal conduct at Lentil”. “The existence of many irregularities suggests that further investigation is necessary.”

Mr Pavlotski, the new chair and an anthropologist, said he was comfortable the issues were internal politics only.

Do you know more? Send a confidential message to benschneiders@protonmail.com

Previous Cairns off life support, recovering after heart surgery
Next ‘We can make our own decisions’: Young teens make case for vaccine