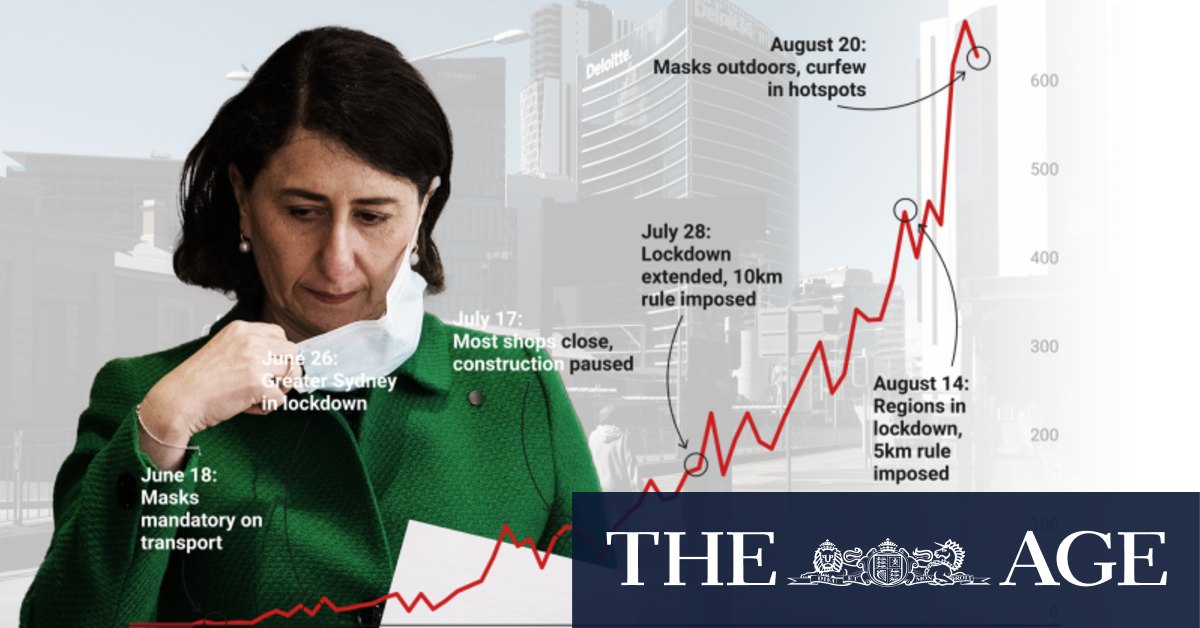 Lakemba MP Jihad Dib said the new restrictions could create a divide between Sydney, with the state’s COVID-19 response becoming “a tale of two cities”.

“You need to put political divides aside and genuinely engage with the local MPs who are well-placed in understanding communities, share information and involve them in some of the decision-making processes,” Mr Dib said.

“We all want a return to some form of normality, but it is hard to keep saying we are all in this together when you as the local MP have no say in what is being decided.”

Less than a week after imposing a handful of restrictions on Sydney, as well as a state-wide lockdown, Ms Berejiklian said two fundamental elements of the outbreak had changed: a sudden surge in case numbers and growing non-compliance with the lockdown.

“For that reason, I tasked Health and Police to work together to give me a final list of what we can throw at this to leave no shadow of doubt as to how serious we are about getting the rate of growth down the case numbers down,” Ms Berejiklian said.

She added that the evidence was “mixed” as to whether any of the new restrictions would work, after suggesting last month that they may not.

“But I don’t want us to ever look back and say ‘we didn’t try, we didn’t put everything into this’,” she said.

Ms Berejiklian said that, while no new lockdown measures were likely to be introduced after Friday’s crackdown, new local governments could be added to regions of concern.

“Why the curfew now? Because from the health advice and police on the ground, younger men in those areas of concern are being very difficult to manage,” he said.

Mr Fuller described Sydney’s lockdown as “progressive” and conceded he wished he had raised the idea of curfews earlier.

Ms Berejiklian again pleaded with parents to only use childcare if it was a necessity after 30 exposures at childcare facilities were recorded over three days to Friday.

Outlining the impact of the Delta outbreak on the state’s economy, Treasurer Dominic Perrottet said he still expected NSW to emerge from the pandemic in a strong position.

“The lockdown will end, and we will come out of this strongly like we did last year,” Mr Perrottet said.

“The economic fundamentals of NSW remain strong, and when we throw open the doors to normal life again, the economy will come charging back.”

Of Friday’s new cases, 80 were in children under 10, while another 162 were recorded in people aged in their 20s.

Previous ‘We can make our own decisions’: Young teens make case for vaccine
Next September dreaming: Is it time the Tigers stopped aiming for finals?