‘It is my last chance’: Female journalist’s dangerous journey to seek asylum in Australia

admin August 21, 2021 Federal Politics Comments Off on ‘It is my last chance’: Female journalist’s dangerous journey to seek asylum in Australia 57 Views 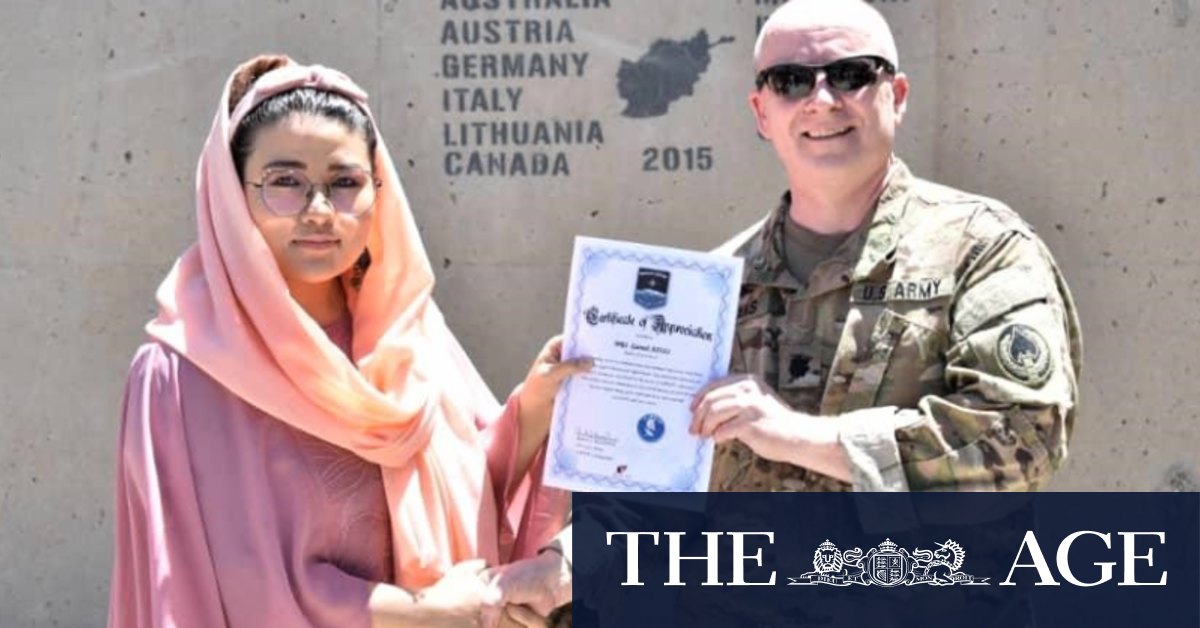 On Friday afternoon, she made it back through one checkpoint and was sitting with hundreds of people just outside the entry to the airport. At 3.41am on Saturday, she sent this journalist an audio message on WhatsApp. All that could be heard were multiple gun shots in the distance and Azizi’s six-month-old niece crying.

“Is that the Taliban firing gun shots?” I asked.

“Both sides,” she answered.

In her role with NATO’s Resolute Support Mission, Azizi worked alongside a number of Australian officials to promote the role of women in Afghan society.

The Lieutenant Colonel’s letter says while Azizi did not work directly with the Australian government, she should be treated as a locally engaged worker and be granted a visa for her work with the NATO mission.

“Before her employment with NATO, Zainab was a broadcast media presenter of some renown in Afghanistan,” the letter reads.

“Zainab’s gender, civilian work history and ties to the NATO mission have made her a target for Taliban retribution.

“Taliban public statements to date indicate their intent to target employees, for execution.

“Within Afghanistan, targeted killings against these groups are on the rise, with several female journalists executed in Nangarhar Province in recent weeks. Consequently, not only is Zainab in personal danger, her immediate family is also a likely target if they are identified.

“Due to Zainab’s profile, the risk of this happening to her is considerably higher than for other Afghans who work for NATO.”

Another letter from an Australian NATO official says that Aziz’s high-profile work for NATO and the media “unfortunately made her a high-profile target and I fear that she and her family face an imminent and very real threat to their lives”. The letters’ signatories cannot be named.

Prime Minister Scott Morrison this week announced Australia would accept an initial humanitarian intake of 3000 Afghans over the next year. This would come out of an existing 13,750-person annual program.

Asked whether Azizi was being considered for a humanitarian visa, a spokesperson for the Department of Home Affairs said priority would be given to “persecuted minorities, women and children and those who have links to Australia, such as family members”.

Outside the airport, Aziz was despondent. “You are the last chance,” she messaged. “Otherwise one journalist will be killed.”

Previous Who created the renewable energy miracle?
Next Victoria’s new restrictions: All the changes you need to know