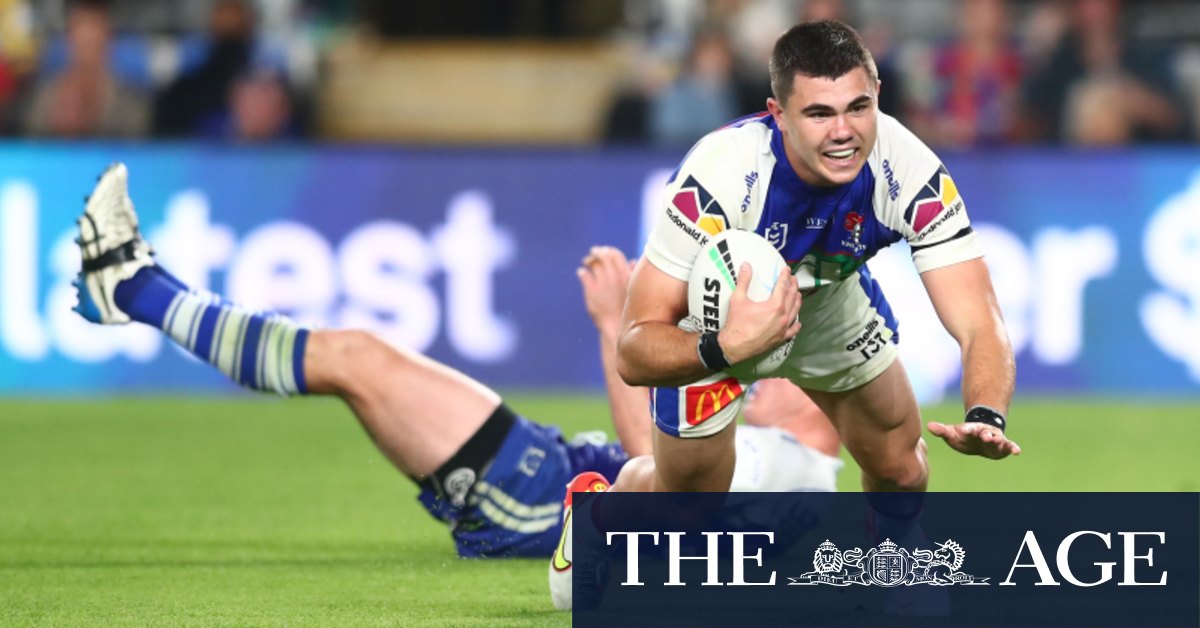 Corey Waddell’s performance was symptomatic of his side’s lack of discipline. The Bulldogs back-rower was placed on report twice, the second time for attempting to rip the headgear off Kalyn Ponga. Fellow forward Luke Thompson, only just back after serving a suspension, was also cited for a crusher tackle.

Both of Newcastle’s first-half tries came from attacking grubbers being grounded. Had Corey Allan been able to do the same at the other end, things may have turned out differently.

“We’ve got some work to do, no doubt, to fix up the attack,” said Newcastle coach Adam O’Brien. “But we’ve got the guys in the room I believe in, we’ve got the coaching staff to get us on track during the week and that is what training is for.”

If the Knights, now two wins clear of the chasing pack in seventh place, continue on their trajectory, they are likely to face Parramatta in a sudden-death clash in the opening week of the play-offs. Given how both teams are finishing the regular season, the Knights should be buoyant about their chances of progressing further.

Previous Masks for primary school kids supported but could cause ‘uncertainty’
Next Lions win thriller and kick Bulldogs out of the top four by 0.5%