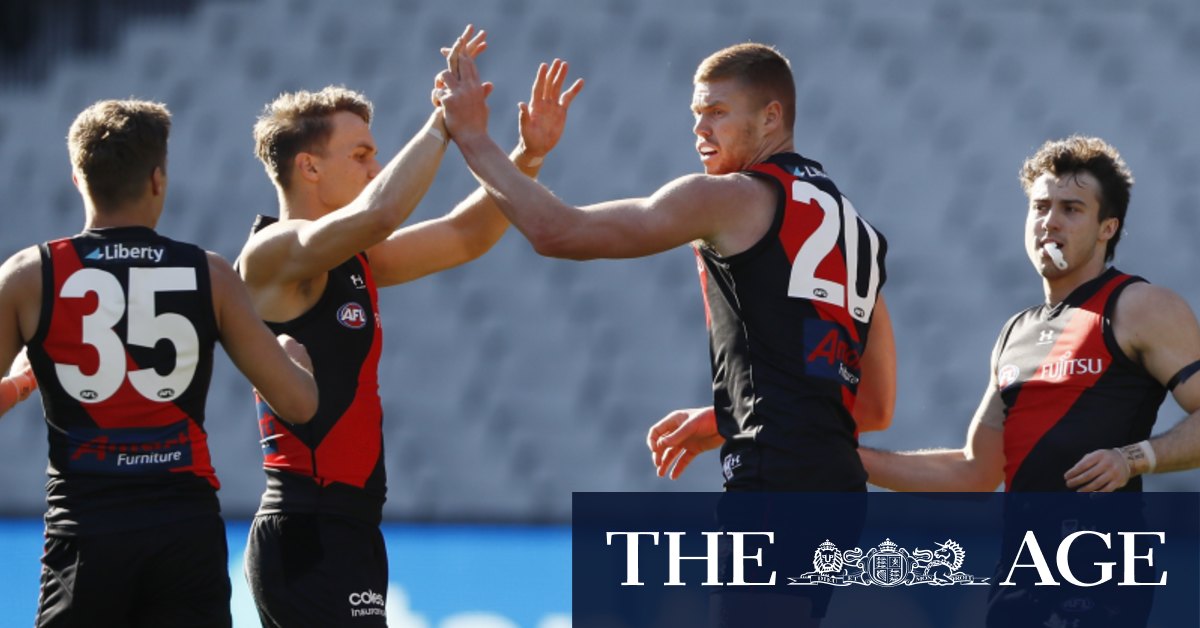 Chris Mayne bowed out strongly, finishing with 23 disposals in his final game. He was teary after the final siren before being chaired off alongside 200-gamer Jordan Roughead.

A man of many talents

Sam Draper’s career arc has been unconventional. A soccer young gun, he switched to footy late in his junior years and was taken by the Bombers as a project player with the first pick of the rookie draft in late 2016. Development and injury meant it was a long road to get to this point, but the South Australian is poised to play an important role for the Dons in the finals. It seems he hasn’t forgotten his roots though, and they came in handy early in the game on Sunday. With a deep boundary throw-in moving beyond the ruck contest, Draper skilfully soccered the ball to Aaron Francis at half-forward. Francis in turn kicked to Perkins, who put through the match’s first major.

Will Snelling has made plenty of his second AFL chance. Let go after one match by Port Adelaide, Snelling has become a senior regular at the Bombers and is set to play in his second finals series in three seasons since being taken by the Dons in the 2019 mid-season draft. When Snelling first moved to Melbourne, he lived with another man taken in that draft. It was West Adelaide teammate John Noble, these days a mainstay of the rebuilding Collingwood outfit. Late in the second quarter on Sunday, Snelling got clear of Noble who stood on the mark as Snelling kicked the Bombers further clear. Both players are strong advertisements for the mid-season opportunity.

Previous ‘Super taster’ who lost his sense of smell is helping Italians regain it
Next ‘Separated from their children for life’: Sydney lawyer warns of chaos for people fleeing Kabul