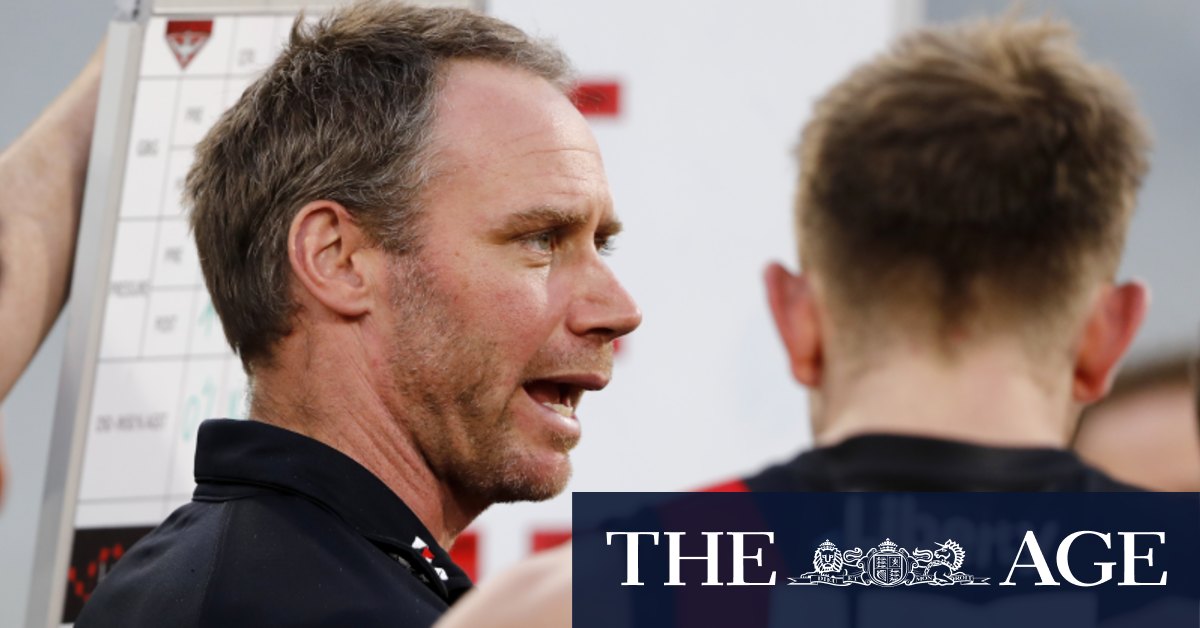 McDonald-Tipungwuti has missed two matches through personal reasons, with Rutten saying the club would consider the best way to deal with the small forward.

“We’re going to have to keep assessing. My job as a coach is to set him up to be successful,” he said.

Langford (hamstring) will be assessed during the week after missing three matches in a row.

The Bombers are likely to be boosted by a partisan crowd in Launceston, which will also host the Sydney-Greater Western Sydney elimination final on Saturday. The two qualifying finals will be played at Adelaide Oval, with Victorian sports minister Martin Pakula on Sunday acknowledging that the grand final was also slipping away because of the state’s COVID-19 situation.

“This current lockdown runs until September 2 and the grand final is scheduled for September 25, and it goes without saying that right now it looks problematic,” Pakula said.

“The idea that we’d have tens of thousands of people gathered in one place that soon [is hard to fathom] but, contrary to reports, we haven’t waved the white flag yet.

“I am in constant discussion with [AFL chief] Gillon McLachlan and the team at the AFL. The government, as well as doing what’s best for Victoria, are also keenly interested in the health of the AFL and what’s best for football.

“We would never seek to force the AFL to play the grand final in front of an empty stadium.”

The Dons beat Hawthorn in Launceston earlier in the season, with Rutten excited by the prospect of support again next weekend.

Meanwhile, Collingwood caretaker coach Robert Harvey would not elaborate on whether he would apply for the full-time role, saying he would speak about his future with Pies football chief Graham Wright early in the week.