Breaking News
Home / Sport / Finals preview: A free hit, the club in a tailspin and the tough team to beat

Finals preview: A free hit, the club in a tailspin and the tough team to beat

admin August 23, 2021 Sport Comments Off on Finals preview: A free hit, the club in a tailspin and the tough team to beat 135 Views 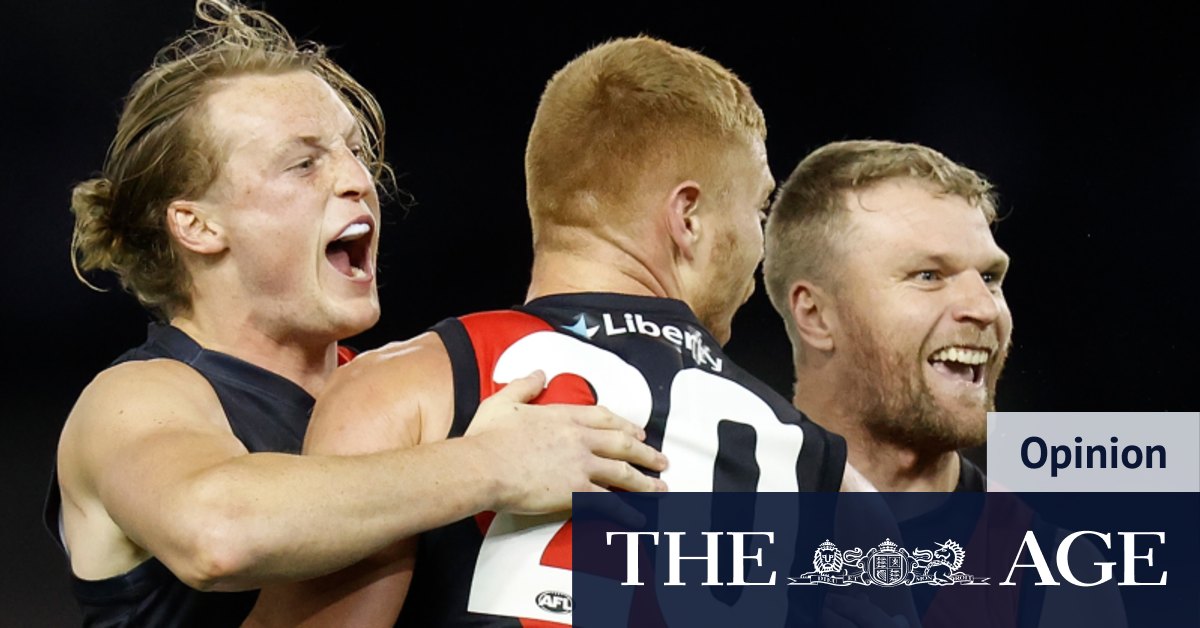 Round 23 was a thriller, and with no pre-finals bye, we’re set to dive straight in to do-or-die action.

This week on the Real Footy podcast, Caroline Wilson, Jake Niall and Sam McClure look ahead to a mouthwatering first week of finals.

The Bulldogs’ loss to Port Adelaide was costly. Not only did they lose the double chance and continue an end-of-season tailspin, they now have to face the Bombers, who are on a roll. Bombers fans packed the stands in Tasmania earlier this season. Will we see “Windy Hill” in the Apple Isle again? Can the Bulldogs shake the memories of their most recent loss there, to Hawthorn, and overcome their midfield issues? All the pressure is on the Bulldogs, while the Bombers essentially have a free hit.

The Demons took the minor premiership, but are they flag favourites? Or do Port Adelaide have the weapons to go all the way? And though Chris Scott was saying all the right things after the Cats lost to the Dees this weekend, their third in a row heading into finals, should the coach be worried? Or can their older warriors get them over the line? The Sydney derby shapes as a cracking contest, and the winner of that game could do some real damage in September.

But the season is over for the rest of the competition – though the off-field action is only just beginning. What does the future hold for Shaun Burgoyne? And what about his outgoing coach at Hawthorn, Alastair Clarkson?

Clarkson’s future has been linked to Carlton, among other clubs, for much of the season. But the Blues are yet to make David Teague’s departure official, though the coach had indicated he thought he would learn his fate on Monday. What can be read into Teague’s comments from the last few press conferences of the season? How have the Blues and Teague’s management contributed to a tricky situation?

The coaching situation is not sorted at Collingwood, either, and former Fremantle and St Kilda coach Ross Lyon made headlines with his comments about both roles last week. Would Lyon be a good fit at the Blues? Which club is in a better position? And should he have commented on either job?

Meanwhile, Pies skipper Scott Pendlebury made waves when he spoke openly about his contract going forward. Was it too honest? And would it hurt to see him at another club at the end of his career, or is that the reality of footy?

Plus, tips for the Brownlow and the first four finals matches and much more.