admin August 23, 2021 Federal Politics Comments Off on Healthcare to be reinforced as doctors warn of disaster if restrictions ease too early 36 Views 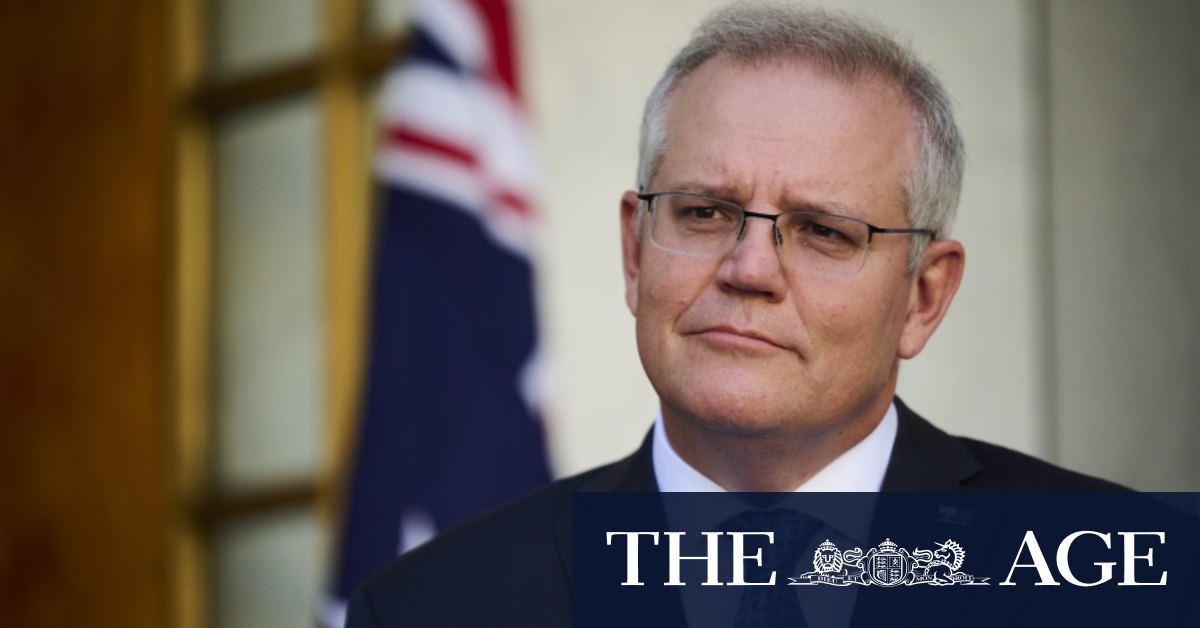 In direct language about the need to end lockdowns, Mr Morrison said the restrictions could not go on because they were taking a heavy toll on the nation’s mental, physical and economic health.

“It is always darkest before the dawn, and I think these lockdowns are demonstration of that, but the dawn is not far away and we are working towards that dawn and we are hastening towards the dawn,” he said.

Victorian Premier Daniel Andrews stood by the 70 per cent target on Monday and NSW Premier Gladys Berejiklian promised people they would “live more freely” when the goal was reached.

Queensland Premier Annastacia Palaszczuk said the goal was “unchartered territory” and raised doubts about whether it could be met, while Western Australia counterpart Mark McGowan told people he wanted to eliminate rather than live with COVID-19 in the state.

“Rather than fighting over whether they should be opening at 70 per cent or 80 per cent, what I’d like to hear state premiers and the Prime Minister talking about is how to make sure that when they make the decision to open up that we are actually ready,” he said.

“At the end of the day, if we’re not ready it doesn’t matter what the number is, because it’s still going to be a disaster.“

Dr Khorshid said more funding would be needed to help bolster the health system as managing more widespread cases will be an added strain on hospitals and GPs.

“We need to make sure the hospitals, especially the public hospitals, are in a financial position to continue to run,” he said.

“Every public hospital, every private hospital, and many community facilities are struggling to find enough staff, doctors, nurses.

“The idea that you could send large numbers of nurses to a hotspot is going to be very tricky, you have to think of the consequences of that.”

“The question for Scott Morrison is will he continue to push for restrictions to be lifted, even if tracing and other systems are not operating at best practice?” Mr Butler said.

“Because if they’re not, the Doherty Institute modelling shows very clearly there will be thousands more people put in hospital, and hundreds and hundreds more deaths.”

Labor leader Anthony Albanese used question time to dispute Mr Morrison’s claim that modelling from the Doherty Institute showed the easing of restrictions at 70 and 80 per cent vaccination rates would work even with the high case numbers seen in NSW.

Mr Morrison said work done over the weekend confirmed that the starting point, with higher case numbers than originally thought, did not change the overall conclusion in the Doherty modelling, but he declined to release the work.

Mr Albanese challenged the government to release the assessment done over the weekend, saying Australians should be able to see it for themselves.

A federal government source said the latest assessment was based on conversations between Doherty Institute professor Jodie McVernon and the Secretary of the Department of Prime Minister and Cabinet, Phil Gaetjens.

This led the public service chief to write to the heads of departments for each premier and chief minister to convey Professor McVernon’s views about the impact of case loads, childhood vaccination rates and the two weeks it can take for a vaccine dose to take effect on the immune system.

“The advice is that these do not have a bearing of any significance on the outcomes of the modelling in respect of the 70 and 80 per cent thresholds,” the source said.

“When we open up and accept that we no longer have zero COVID there will be an increase in cases,” Professor Lewin told the ABC.

“The prediction is even at 80 per cent vaccination, over the next 180 days or six months, we’ll have hundreds of thousands of cases, but a greatly reduced number of deaths.

“If you open up with more cases, you reach that peak quicker and you have a greater load on your public health system to make sure that you can slow that, can flatten the curve, essentially. So, the outcome is the same.”

Previous Scott Morrison insists he is right, so he should reveal more about why
Next Australia to resettle ‘thousands upon thousands’ of Afghans

‘Markets are moving’: Frydenberg says Australia cannot be left behind on net zero by 2050

Loading “It’s a long-term shift, not a short-term shock. “The world signalled its ambition when …