Pendlebury’s pitch a bad look for him and Pies

admin August 23, 2021 AFL Comments Off on Pendlebury’s pitch a bad look for him and Pies 52 Views 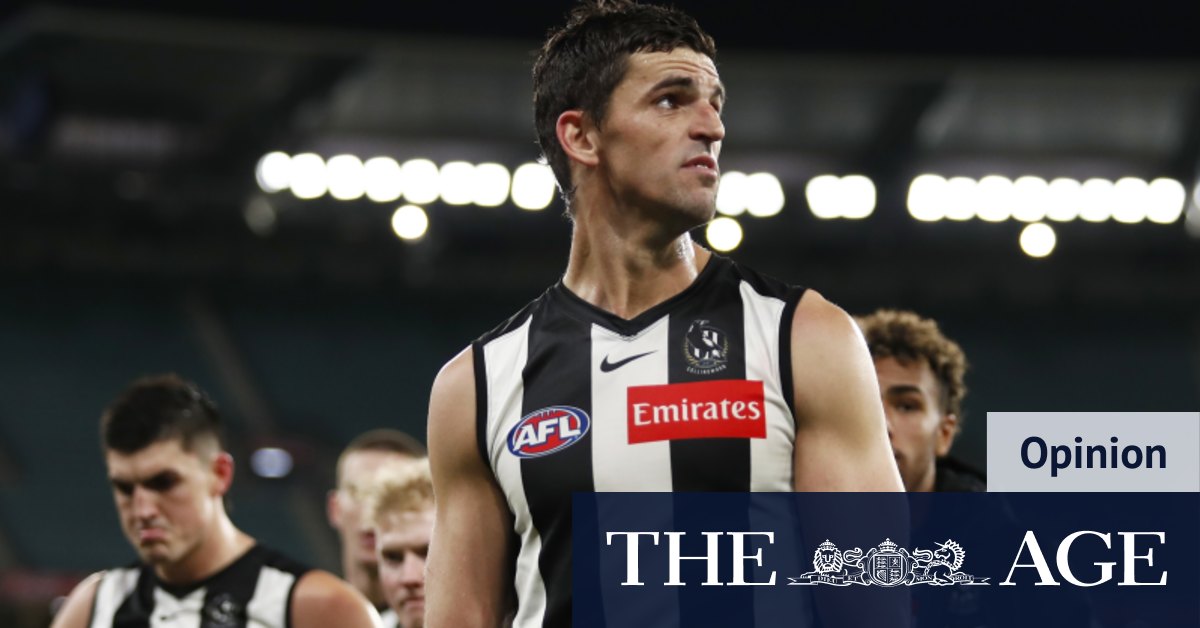 But Murphy was both surprised and dismayed by Pendlebury’s willingness to put himself out to tender, calling his public pitch “pox”, and suggested that the captain had not shown leadership when his club badly needed him.

“This notion of ‘put a package to me now’ whilst his club sits second last on the ladder, and he’s the captain, no, that’s pox. For me, that’s pox,” Murphy said on his SEN radio program on Monday.

“He is the only real visible leader we have at Collingwood. He stands for a lot at Collingwood right now and that young group who’s been through a terrible year.

“He is their leader, and he seems to be more about drawing up a package of what’s best for him. Or is it a facade to put out there to drive the price up?

“Either way, it just doesn’t sit well with me.”

Murphy quoted Sydney’s Svengali former skipper, Brett Kirk, on the definition of leadership. “He said it is to be disciplined, lead by example, and when the shit hits the fan, you’re up to it to your knees.

“At Collingwood, the shit has hit the fan … I was really underwhelmed by it.”

The defence for Pendlebury rests on the view that AFL clubs, such as Collingwood, are brutal in discarding older players – as innumerable champions (see Hawthorn’s shove to Mitchell, Luke Hodge) have found.

In a cut-throat competition, the argument goes, why shouldn’t Pendles consider his options and maximise his opportunities to either extend his playing career, or further his coaching ambitions?
Well, the issue is one of timing. Pendlebury has been offered a deal by the Magpies. Collingwood’s number 10 did not need to go public with his pitch at a time when, as Murphy suggested, they are knee-deep in number two.

Would Joel Selwood have put himself out there in that fashion?

One could argue that Collingwood’s salary cap issues derive, in part, from a culture that’s been more “me” than “we.”

Pendlebury, as a gifted junior basketballer player, is a devotee of the NBA and well knows the contours of American professional sports, in which “franchise” players such as LeBron James call the shots and make very self-focused, unsentimental decisions on where their best career prospects lie, weighing up their next contract like a hedge fund manager.

Perhaps Pendlebury’s comments are merely a reflection of how those American values are influencing a once quaint local game.

He’s entitled to explore his options, of course. In due course, the clubs will come knocking with assistant coaching offers.

Today, however, the Collingwood Football Club is in a heap of bother. Pendlebury, normally so composed when all around him are flustered, has fumbled this time.

Does Beveridge have another bold move up his sleeve?

It’s no secret the midfield battle is crucial in deciding any game, and particularly this …