admin August 23, 2021 Victoria News Comments Off on Richard Pusey could be released from prison in coming days despite admitting more crimes 159 Views 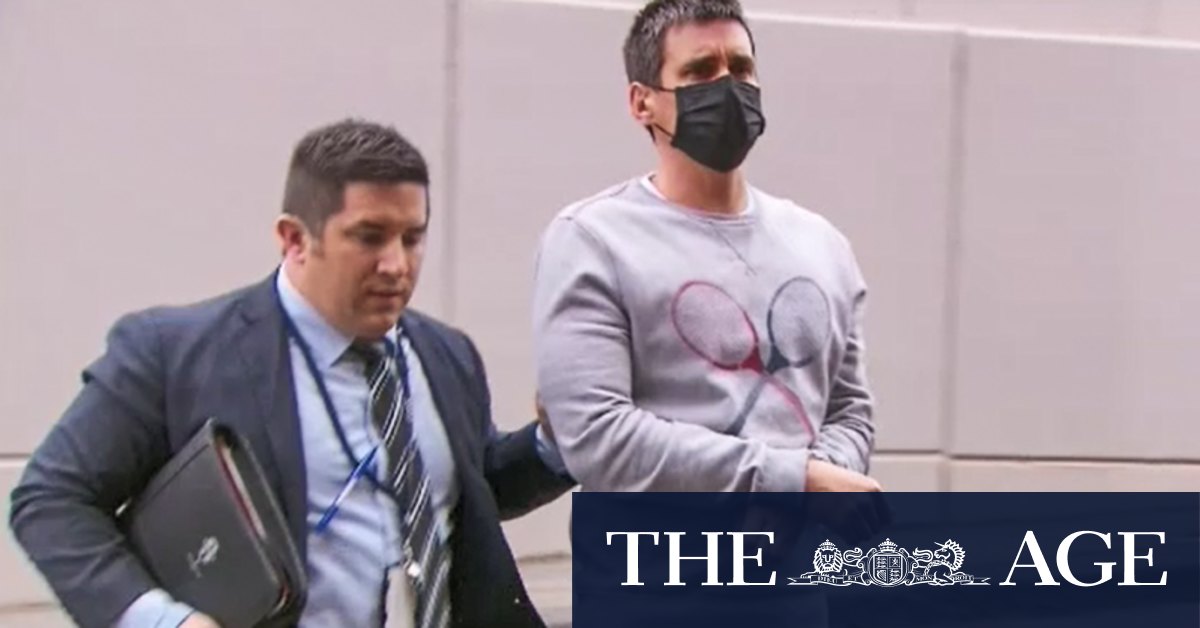 On Monday, he pleaded guilty to unlawful assault and other charges over the incident at his home.

He also pleaded guilty to two road-rage incidents, sending menacing emails to a bank worker and dropping a $50 slab of beer in a Fitzroy bottle shop.

But defence counsel Carmen Randazzo, SC, said Pusey had served 118 days over the five incidents on top of the 10 months in prison for the charges stemming from the aftermath of the fatal crash.

“He should receive an aggregate sentence of time served on all these matters,” Ms Randazzo said.

Ms Randazzo said two psychologists were prepared to work with Pusey once he was out of jail. Pusey had mental health issues and problems with drugs and alcohol, his lawyer said, but if he was “committed to treatment, he can be a contributing member of the community and can be offence-free”.

She said alcohol and drugs played no part in his offending against the woman on December 27.

During the hearing, Pusey told the magistrate he changed his medication five days before the incident.

Police are not pushing for Pusey to serve more time in jail unless he refuses to serve a community correction order.

Ms McDonnell said the former mortgage broker should be put on an order, with treatment, to deter him from future offending.

But Pusey’s lawyer said he would not agree to a condition to complete a correction order as he feared “that might be setting him up for a fall”.

The prosecutor countered that if Pusey did refuse to agree to serve a correction order, he should serve more time in prison.

Pusey also pleaded guilty to unlawful assault, theft, criminal damage, destruction of property and four counts of using a carriage service to menace, over the other incidents.

The court heard that on October 20, 2018, he punched another driver in the body in a dispute over a parking space in central Melbourne. Pusey also stole the other driver’s car keys from the ignition.

The victim said he lost sleep over the incident, lost several days of work as a professional driver and had been frustrated at how long it took for the case to finalise.

In the other road-rage incident, Pusey used a key to scratch a man’s Royal Enfield motorcycle in Richmond on March 26, 2019. The rider was nearly thrown from his motorcycle by Pusey’s Porsche, and the confrontation came when both men parked their vehicles.

Ms McDonnell said the rider claimed the damage bill was $4462, but Ms Randazzo said that figure was “quite exorbitant”. She said the dispute over the repair bill should be settled in a civil court.

On August 27, 2019 Pusey sent abusive and threatening emails to a bank worker amid a dispute over a credit card bill. He called the worker a “f—wit c—” and also made a crude reference to the man’s wife and mentioned their young daughter by name.

The victim was concerned for his and his family’s safety, the prosecutor said.

In early December last year, Pusey was told by a bottle shop manager to leave when they exchanged words over the price of alcohol. But Pusey returned a week later and dropped the beer when a security guard told him he wasn’t welcome.

Previous court hearings were told Pusey had a long history of mental health problems and criminal convictions over incidents where he came into conflict with others.

He interjected several times during Monday’s hearing but was polite when he did so – to provide information to the magistrate – in a contrast to recent hearings. Last week he withdrew a bail application when he complained he would “get better justice in Belarus under [President Alexander] Lukashenko”.

Previous How to keep a dispersed workforce ‘in the loop’
Next ‘A huge war chest’: Craig Kelly joins United Australia Party for ad spend