‘I just literally rock up’: The secret to Stringer’s success

admin August 24, 2021 AFL Comments Off on ‘I just literally rock up’: The secret to Stringer’s success 21 Views 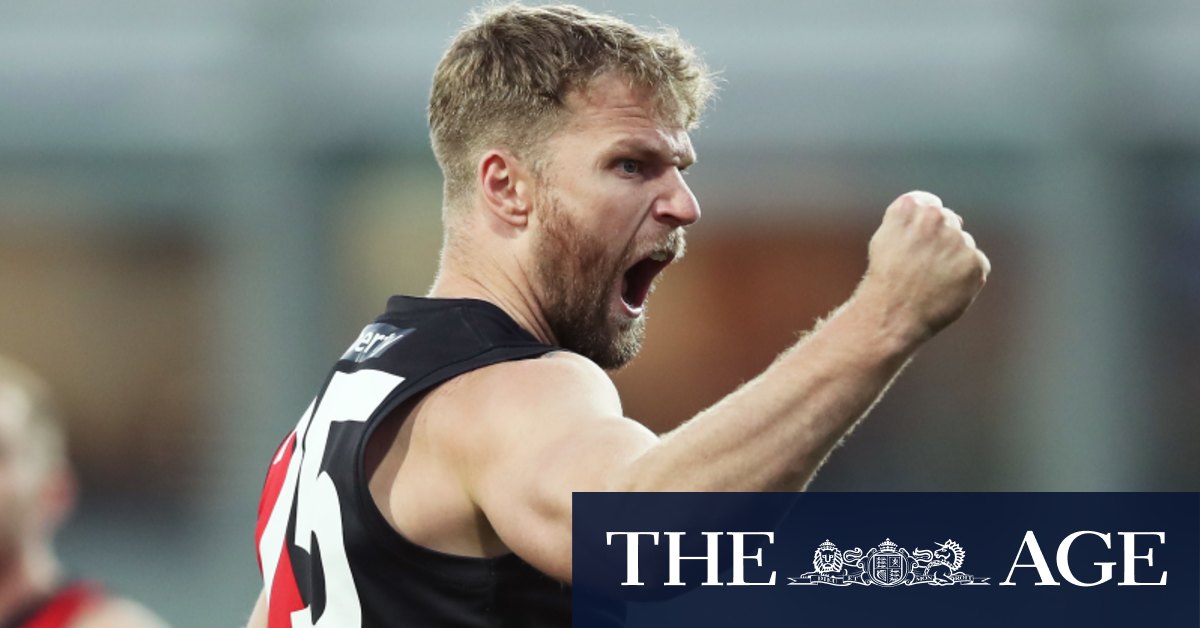 A premiership player with the Western Bulldogs in 2016, Stringer now faces his former club in a cut-throat final in Launceston on Sunday. He still has close relationships with the Dogs – Lachie Hunter is the godfather of his son, River – but it will be all about business come the weekend, as the Bombers chase their first finals win since 2004.

“I am just really excited for this group. I played five, six years at the Bulldogs and had a wonderful time but all my energy and efforts are going into this playing group,” Stringer said on Tuesday.

“Hopefully, we can achieve something special this week and, hopefully, through the finals series as well.”

Only a year after the premiership, Stringer fell out and parted ways with the Bulldogs, linking with the Bombers. He has had one finals appearance since, a 55-point loss to West Coast in 2019, but is now arguably in career-best form.

He has booted a team-high 39 goals in 18 matches and although he was goalless and had only 13 touches against the Bulldogs in round 21, his team-orientated focus meant he helped his side to the win through six score involvements, seven clearances (five centre clearances), six tackles and 31 pressure acts.

His ability to be a blue-chip midfielder-forward is shown in that he attends 18.9 centre bounces per game – ranked third at the club behind Darcy Parish and Zach Merrett. He leads the Bombers in scoreboard impact per game (18.8) and is second for score involvements (6.9), according to Champion Data.

When he pushes forward the Bombers have scored a goal 31.7 per cent of the time they have targeted Stringer inside 50 – ranked third of the top 75 targets in the AFL.

Stringer said a bleed on his Achilles had hampered his pre-season and he missed the opening two rounds. But by that point he had completed a “power of work” which ensured he would have a strong second half of the year. Since round 15, Stringer has averaged almost 20 disposals, 6.2 clearances and 3.7 tackles per game, while booting 19 goals.

“At the minute, I have just got a lot of trust in my body. My teammates as well, whether I am playing in the midfield or I am playing forward, it’s good to be able to do different things throughout a game and throughout quarters as well,” he said.

Stringer was one of three Bombers named on Monday in the All-Australian squad and will be in firm contention for the final cut, coming as Bulldogs coach Luke Beveridge acknowledged on Tuesday that Stringer had become “quite critical” for the Bombers.

While he may have the knowledge of what it takes to win a premiership, Stringer said he wouldn’t impose himself on teammates still striving for the ultimate success.

“Let them write their own chapter, let them do their own storytelling. They can figure it out themselves. I look forward to being on that journey with them,” he said.