‘A shot to restore our freedoms’: vaccine campaigns target conservatives 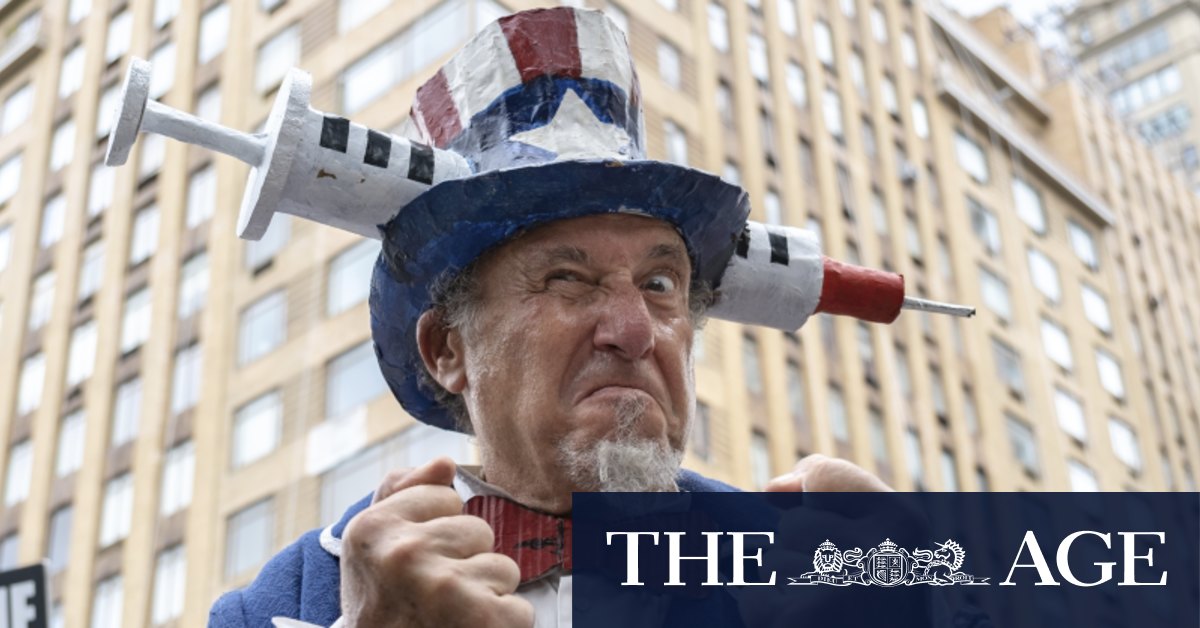 The United States is averaging about 140,000 new coronavirus cases a day and roughly 70 per cent of the country’s adults have received at least one dose of a vaccine. Facebook said in a statement that it has given more than $US30 million ($43 million) this year in free advertising to governments and other groups for COVID-related campaigns, including promoting the vaccine.

But unlike those traditional ads, the micro-targeted campaigns have zeroed in on groups with low vaccination rates, including Republicans. Only 56 per cent of that group said they were vaccinated or planned to be immediately, compared to 89 per cent of Democrats and 67 per cent of independents, a KFF poll last month found.

Jacqueline McDaniel, the group’s executive director, said the campaign was focused on conservatives who might be persuaded by its themes of patriotism and getting back to normal. “If we picked folks with more of a liberal view, they would’ve been more likely to be vaccinated, anyway,” she said.

One of micro-targeted advertising’s big strengths is its cost and efficiency, said Tina Hoff at the Kaiser Family Foundation. She remembers 20 years ago when teaching young black audiences about HIV meant paying for pricey 30-second TV ads on MTV – all while hoping viewers would pay attention during commercial breaks.

Today, instead of spending a fortune on a single ad for a nationwide broadcast blitz, the non-profit is devoting its resources to pro-vaccination campaigns like “The Conversation”, which features more than 100 question-and-answer videos with varying lengths, topics and audiences, each of which can then be rolled out in a more focused way online.

Micro-targeted advertising has often been criticised for dividing people based on their personal backgrounds or beliefs, and Democrat Anna Eshoo last year introduced a bill that would ban political micro-targeting for fear it could further fracture “our open democratic debate”.

After Russia-linked trolls used Facebook ads micro-targeted by race and politics in an attempt to furtively spread dissension during the 2016 presidential election, federal regulators warned that the tool was a “potent weapon for spreading disinformation and sowing discord”.

Google banned political campaigns from using most forms of targeting in 2019, though Facebook has continued to allow it. Facebook declined to say how small of a group one could target using the company’s ad tools; in previous years, the minimum audience size was 100 people.

Some fear micro-targeting could also be used to undercut the vaccines. Though Facebook has rules against anti-vaccine content, some recent ads have made misleading claims: one ad from the two-month-old group Positive Freedom Alliance said government data on adverse side effects undercuts the narrative that the vaccines are safe and effective. Facebook said the ad was taken down after questions. The group didn’t respond to a Facebook message seeking comment.

Facebook doesn’t publicly disclose advertisers’ targeting choices. It does, however, give users a brief explanation of why they were shown a particular ad. Volunteers have shared many of those explanations with the NYU Cybersecurity for Democracy project, which collects them in its Ad Observatory database that The Post used for this analysis (and which Facebook has pushed to shut down).

The database offers a glimpse of how groups have crafted different pro-vaccine messages, depending on who they’re talking to. Facebook users interested in the Catholic Church, for instance, were shown an ad from Ready to Vaccinate featuring the Pope calling vaccination “the moral choice.” Arnold Schwarzenegger, the former California governor and Terminator star, targeted a video ad showing himself getting vaccinated (“Come with me if you want to live!” ) to Facebook users interested in bodybuilding or physical exercise.

Early research into these newer advertising methods’ effectiveness offer some encouraging signs. In June, the health nonprofit Public Good Projects analysed how people responded to influencers popular with Black and Hispanic audiences when they pushed their followers to get flu shots. Though older large-scale campaigns were typically flooded with anti-vaccine trolls, the researchers found that the targeted effort received an overwhelmingly positive response and reached millions of people they might otherwise have missed.

Joe Smyser, the group’s chief executive, said public health officials are only now starting to catch on to how a more modern approach could lead to major changes in a life-or-death matter. Some public health attempts to increase vaccination rates for the coronavirus – and before that, the flu – have resorted mostly to “shotgun-blasting messages we know are not very effective”.

In the past, “one person in a public health organisation was permitted to speak to reporters and the public, and the framing was one of risk mitigation, not engagement, and it was not a conversation – it was carefully selected talking points in front of an American flag,” he said.

“We’ve been using these traditional advertising techniques forever,” he added, and the country’s immunisation rates for the coronavirus and the flu aren’t “anywhere close to the levels we want. We need to make sure people are seeing the things that will resonate with them. Every dollar needs to count.”