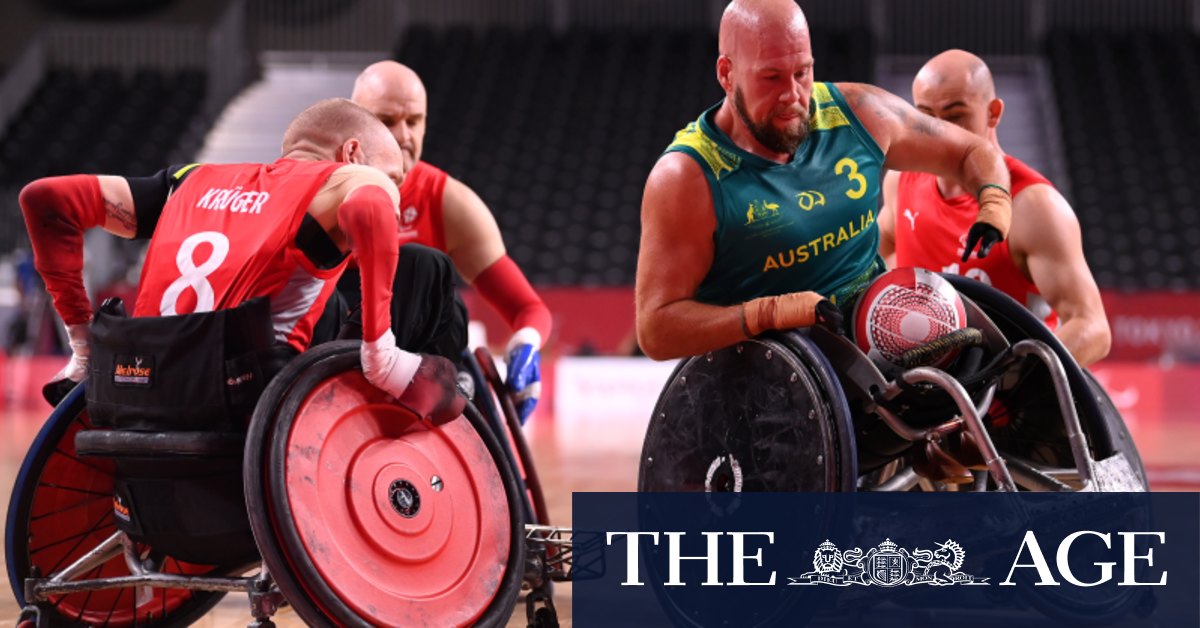 “I find it really interesting that people find it interesting that I’m the only girl on the team,” Graham told the Herald before the match. “I’m not treated any differently. When it comes to games, no one cares that you’re a girl or a boy. They hit just as hard and you’ve got to work just as hard.”

Wheelchair rugby, which is known as “murderball”, is a full contact, mixed gender sport but only a handful of women around the world feature in their national sides.

Graham is tough. Bloody tough. Her worst injury from wheelchair rugby is a fractured finger, which she brushes off when compared to the traumatic injuries she sustained during a car accident while coming home from a Blockbuster Video shop as an 18-year-old.

Graham’s friend lost control of the car in a quiet street in Mackay.

The car smashed into the side of a house, leaving Graham in hospital for eight months with a fractured spine, fractured pelvis, brain injury and a ruptured bladder.

Her will to compete in non-able body sport was low. For nine years after her accident, Graham refused to play any para-sport.

She lost a bet and was coerced into trying wheelchair rugby. Within five years, she was on the Australian team competing at a Four Nations tournament in Alabama.

″⁣I’m not playing the sport to motivate people or to inspire people but, if that comes with playing the sport and gets people involved in the sport, that’s fantastic,” Graham said. “We need more females playing, so if anyone is watching and thinks ‘I can do that’, definitely get in contact and start playing.

“As a new player, often you see teams target the less experienced ones. I definitely felt that pressure being a newer player on the squad. I don’t think gender has anything to do with it.”

Graham wants to shatter the ceiling and has ambitions of being the best player in the world – male or female – in her category.

“I want to be the best at this sport and that’s going to take some time, and I’m willing to commit to that so I will be the best,” Graham said.

“I’m super happy with my life. If someone gave me three wishes and said ‘what would you wish for?’, there’s no way I’d change a thing. I’ve really enjoyed my journey, and it’s all worked out the way it was supposed to.”

Previous Menulog reveals new pay deal to employ delivery riders
Next ‘What the hell were you thinking?’: Gould unsure if Elliott can avoid axe at Bulldogs