admin August 25, 2021 Sport Comments Off on Mutiny a wake-up call to CA after sleeping on Langer problem for two years 26 Views 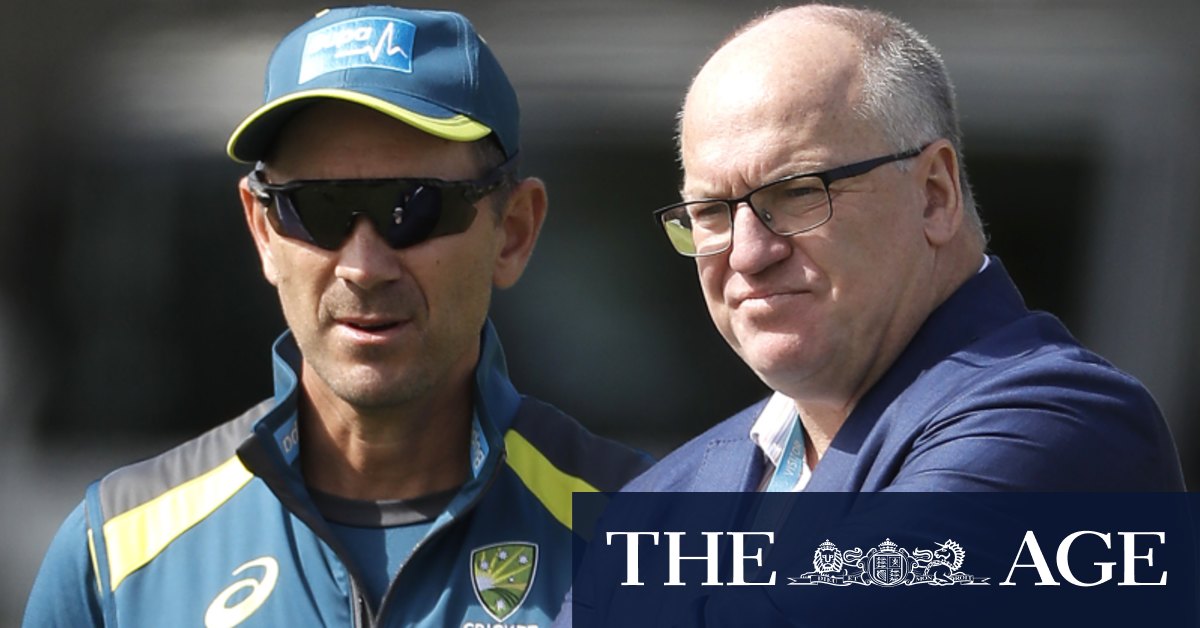 Nathan Lyon was also shown commenting, light-heartedly, on the fact it had been unusual to see the head coach with a “smile on his face” during the final Test of the home summer against Sri Lanka in Canberra.

Langer took on the feedback and on The Test says: “This is my year of letting go.”

But he struggled to put those words into action on the 2019 World Cup and Ashes tour, when players complained regularly about the coach’s demeanour. In mitigation, Langer spent much of the trip struggling with inner-ear problems, to the point he was unable to front the players to tell them which ones had made the cut for the Ashes tour following an internal trial match in Southampton.

At this point, overall accountability for the performance of the Australian men’s side passed from the interim boss Belinda Clark, who had replaced Pat Howard in late 2018, to new “head of national teams” Oliver, chosen after years of working alongside Langer in Western Australia.

Meanwhile, Langer’s close friend and team manager Dovey was promoted from a logistical role into high-performance management on the road. Dovey, ever-present with the team since 2011, managed to survive both the 2013 Homeworkgate saga that effectively ended Mickey Arthur’s tenure, and the 2018 Newlands scandal that accounted for his successor Darren Lehmann.

The 2019 tour was celebrated for Australia retaining the Ashes in England for the first time since 2001, but it was a wasted opportunity. The series was drawn 2-2 but, as clearly the better side, Australia should have won it.

Multiple sources confirmed that informal discussion of the team environment went on after the Ashes and before the home summer, when Pakistan and New Zealand were soundly beaten.

It was against this backdrop that the Victoria coach Andrew McDonald was hired as an amiable senior assistant coach intended to balance Langer, after the resignation of David Saker in February 2019 and the use of Ricky Ponting and Steve Waugh on lucrative short-term deals in England.

Any problems glimpsed during this relatively calm period were heightened by the need for biosecurity bubbles after the emergence of COVID-19, severely constricting the freedoms of players and staff during series.

An over-rate penalty during the Melbourne Test, then dropped catches and tactical missteps during the final two matches of a home Test series won by India, were emblematic of an increasingly frayed environment.

Just who received the original Ford review remains a mystery because nothing changed, so when Cricket Australia brought him back for a “values” review after the Test series loss to India early this year, the players and support staff insisted it go straight to the Cricket Australia board.

They wanted the men and women who run Australian cricket to be in absolutely no doubt that an old-style footy coach was not the way forward in the age of claustrophobic cricket.

Players and support staff spoken to by the Herald and The Age made it clear they took the opportunity to be full and frank about how they felt the coach was wearing people down.

The upshot was the hiring of two more senior assistant coaches, Michael Di Venuto and Jeff Vaughan, to create further room between the coach and the players.

To reinforce the point, so Langer was under no illusions, he received what Finch later described at a press conference as “confronting” feedback during a pre-season gathering on the Gold Coast two months ago.

This was completely at odds with what players and support staff had been saying for more than two years. Just last week, Eddings and Hockley needed an emergency meeting to be told all this again.

Even then, Hockley put out a statement hours before the meeting, praising Langer and saying he would see out his contract, which finishes mid-next year after the T20 World Cup and Ashes.

This further angered players and support staff spoken to by the Herald and The Age, who felt Cricket Australia was being dismissive of their team leaders by pre-empting an emergency meeting seen as a last resort to address the squad’s greatest issue.

They have no faith in how Cricket Australia will heal what has become a weeping sore.