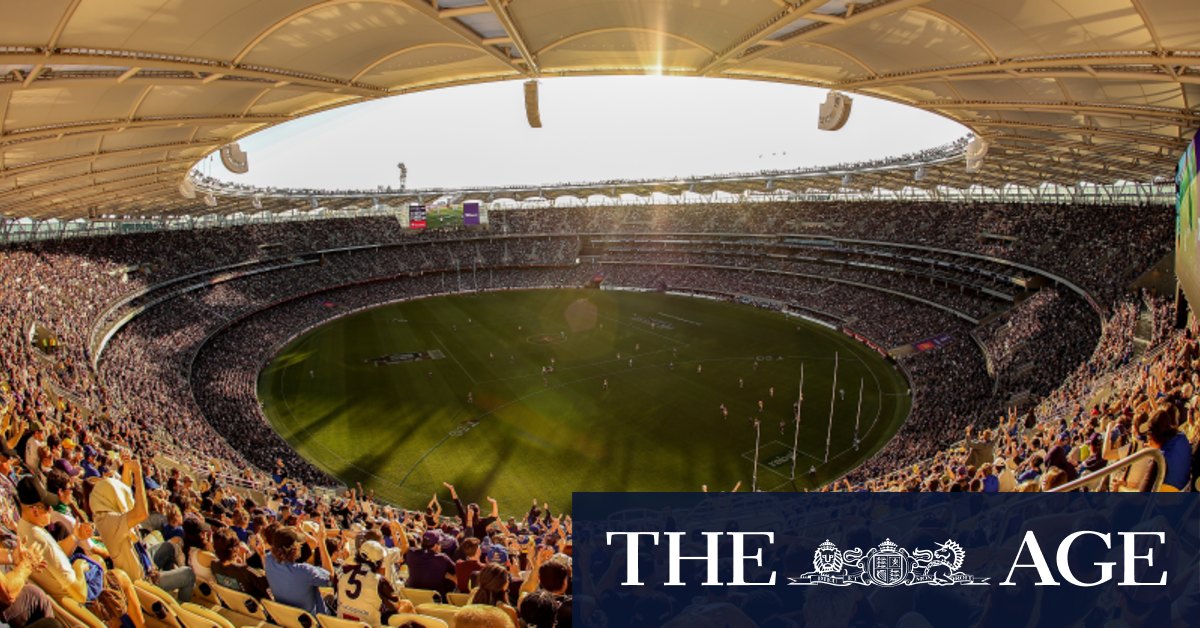 Asked if the decision to use Optus Stadium was “fraught with danger” given WA’s history of snap lockdowns at short notice and little community transmission of COVID-19, McLachlan said that danger applied in every state.

“Governments are making decisions very quickly … this is an uncertain environment. We are aware, wherever we are, that that is a risk,” he said.

“We make that decision with our eyes open and knowing that if things happened over there we could move and pivot.”

The AFL was prepared for a Perth finale but can’t confirm the relocation from Melbourne until the Victorian government gives consent to move Australia’s biggest sporting spectacle from the MCG, which is contracted to host the grand final until 2058.

That decision is unlikely to be confirmed until early next week, but the AFL has to be a step ahead if Perth was to host the season’s biggest games, due to quarantine requirements in WA.

Read the AFL statement below

The 60,000-capacity Optus Stadium will be the second consecutive venue in Australia to host the competition’s biggest day and other lead-up grand final events, after the pandemic forced the decider north to the Gabba in Brisbane last season.

However, with almost the entire eastern seaboard of Australia in lockdown or battling COVID-19 outbreaks – the most dire being NSW with runaway daily case numbers in the hundreds – the AFL is likely to bring the grand final west after consideration of bids from South Australia and Queensland.

WA has virtually no COVID-19 restrictions in place and a hard border with most eastern states as part of the state government’s hardline strategy to combat a virus outbreak.

McGowan said it was sad Victoria would miss hosting the grand final for the second straight year and reiterated safety was his number one priority.

“Our position remains that we hope Victoria – and all states currently impacted by COVID – are able to crush the Delta variant as soon as possible,” he said.

“If a decision is made by the AFL to move the grand final to Perth, we can assure the community that WA’s strict COVID-safe protocols and arrangements would be in place so that safety remains the top priority.

We will continue planning for the Grand Final to be held at the MCG … but continue to work with the WA Government on the contingency plans.

“WA has some of the best facilities and the safest environment to host major events.

“The scale of an AFL grand final is not lost on WA, we are footy state after all. If we get the nod from the AFL, then we will certainly do the occasion justice.”

AFL minor premiers Melbourne and second-placed Geelong will travel to Perth after weekend qualifying finals as the league prepares for at least preliminary finals before a grand final in WA.

The Demons and Cats would be ready to quarantine in WA for the duration of the finals and play fixtures at Optus Stadium in week two against this weekend’s winners of the Bulldogs/Essendon and Swans/GWS elimination fixtures in Launceston, should they lose.

That scenario threatened to scuttle the proposed Bledisloe Cup Test in Perth on September 4, which Rugby NZ has agreed to reschedule after it called off the fixture set for Optus Stadium this weekend in a move that angered Rugby Australia officials and blindsided the WA government.

But sources with knowledge of negotiations said on Wednesday the Bledisloe Test could be played at Optus Stadium on Sunday, September 5, with a clash of codes avoided due to the $1.8 billion venue’s multi-purpose design, which can transform to accommodate different codes across a weekend.

Optus Stadium chief executive Mike McKenna said the state-of-the-art stadium, recognised widely as one of the world’s best spectator venues, was designed to give management flexibility to host a range of events within a limited timeframe.

“The great advantage that we have with Optus Stadium is a design which gives us the ability to host different sporting events, requiring different configurations and with a totally new audience, in a short space of time,” he told WAtoday.

“We experienced moving from AFL mode to football mode with the 24-hour turnaround between an AFL game and the Chelsea versus Perth Glory game.

In May 2019, staff from stadium operator VenuesLive and contractors worked overtime to transform it from an AFL venue to a soccer one in 48 hours for the A-League grand final between Perth Glory and Sydney FC.

The cross-code ‘double header’ meant catering, operational and ground staff were as active behind the scenes as the professionals on the pitch.

Coincidentally, it was Melbourne in the AFL feature, against West Coast on a Friday night, a rematch of 2018’s AFL preliminary final, when the Eagles dusted the Demons to the tune of 66 points on their way to a fifth premiership.

The AFL said it had worked on contingency grand final plans with WA, SA and Queensland with the “blessing” of the Victorian government, with five key criteria – Safety, Integrity, Fans, Financial and Legacy – considered in the decision on the code’s biggest game.

“Optus Stadium in Perth ultimately was chosen as the preferred contingency based on the combination of the five key criteria and the ability to accommodate the greatest number of supporters,” the AFL statement said.

“The WA Government and Premier Mark McGowan have provided the AFL with a great backup plan, with Optus Stadium giving fans a great opportunity to attend if the match needs to move.

“We will continue planning for the Grand Final to be held at the MCG … but continue to work with the WA Government on the contingency plans.

“Adelaide Oval remains as a strong backup and the Queensland Government, which did not provide a formal presentation, has also offered their support if required after hosting the 2020 Grand Final.

“The support of all state governments and health officials throughout the season has allowed our game to continue throughout some really challenging circumstances.”